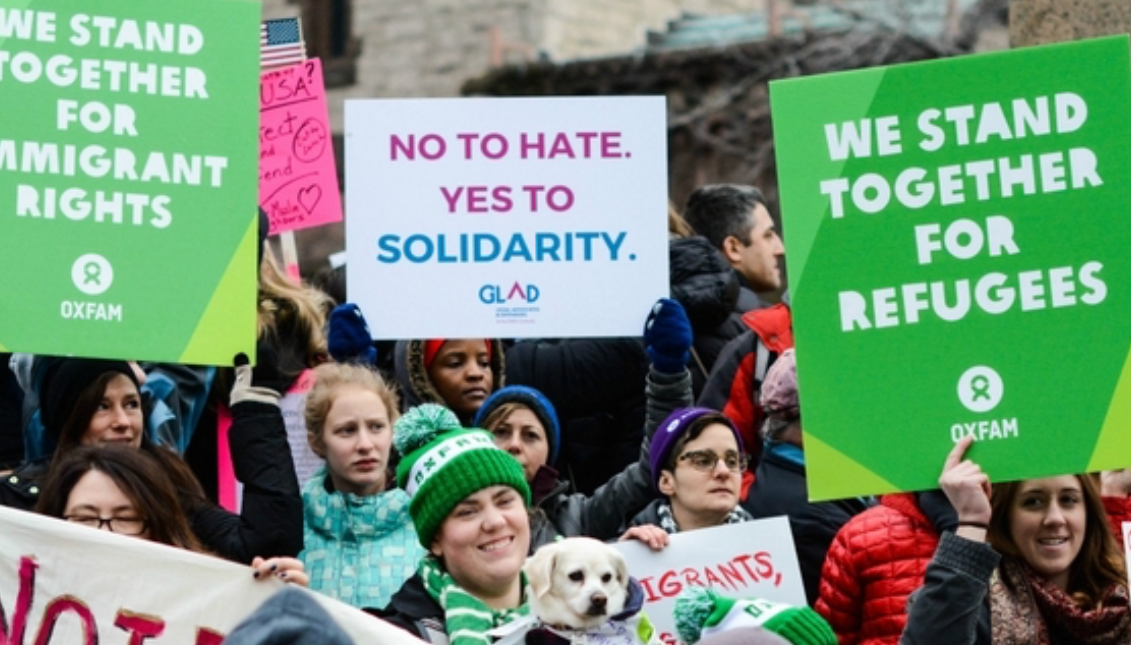 His predecessor put a cap of only 15,000 that could be admitted to the country for the 2021 fiscal year.

In his mad dash to undo many of former President Trump’s harmful policies regarding immigration and asylum, President Joe Biden is expected to sign an executive order to achieve his goal of admitting tens of thousands more refugees into the United States.

White House officials discussed President Biden signing a series of immigration-related orders on Friday, but two officials told CNN that they will likely be pushed until next week.

Under Trump’s reign, the U.S refugee admission program was virtually obliterated through years of historically low arrivals, including a cap of only 15,000 for the fiscal year of 2021.

The refugee cap, which controls how many refugees are allowed admission into the states, must be approved by the President.

Typically, the cap is viewed as a goal to be reached, but the number of refugees admitted dropped dramatically under the Trump administration.

The U.S. only resettled 6,740 refugees last year, after President Trump lowered the cap to a historic low of 15,000. President Biden has vowed to raise that to 125,000. pic.twitter.com/Aj59nTMYo9

During the campaign, Biden promised to increase annual refugee admissions to a cap of 125,000.

It’s too soon to discern whether this intent will be reached, but this order will function as a set of new guidelines to revitalize the refugee admissions program, according to a Homeland Security official.

Over the weekend, deputy director of the Domestic Policy Council for immigraiton, Esther Olavarria, said that Biden’s upcoming executive actions will serve to “restore the refugee admissions program and enable the U.S to return to its historic role as a leader and protection for refugees.”

Friday, Jan. 29 is the two year anniversary of the Trump-era policy that forced asylum seeking Central Americans to return to Mexico and wait there until their court date in the U.S.

The orders already signed by Biden within his first hours in office have affirmed the administration's vision for more equitable migration and border processing.

Biden also hopes to better protect Central Americans seeking asylum by bolstering asylum systems in neighboring countries, and putting in place a U.S refugee program for migrants in the region.

He plans to revive the Central American minor program that allows certain at-risk youth to reside in the U.S, which was rescinded by Trump.

Olavarria also mentioned that Biden will soon take an executive action that would repeal Trump-era policies that largely restricted the admission of low-income immigrants, such as the public charge rule, which further complicated the process of obtaining legal status for immigrants who rely on benefits like food stamps, housing vouchers and Medicaid.

“These are policies that ignored the decades -- and centuries actually -- of contributions that immigrants have made to our economy, to our society, to our culture. We’d rescind those policies and return to a country that welcomes immigrants and acknowledges their contributions,” she said.

The Biden-Harris administration has already taken several executive actions concerning immigration policy, including reversing the travel ban on 13 Muslim-majority countries, halting construction of the border wall, strengthening the DACA program, and revoking Trump’s plan to exclude non-citizens from being counted in the Census.

These actions are commendable and long overdue, but there are still significant inequities that need to be addressed to ensure the safety, wellbeing and civil rights of all non-citizens seeking asylum in a country that prides itself on being a land of freedom and opportunity.