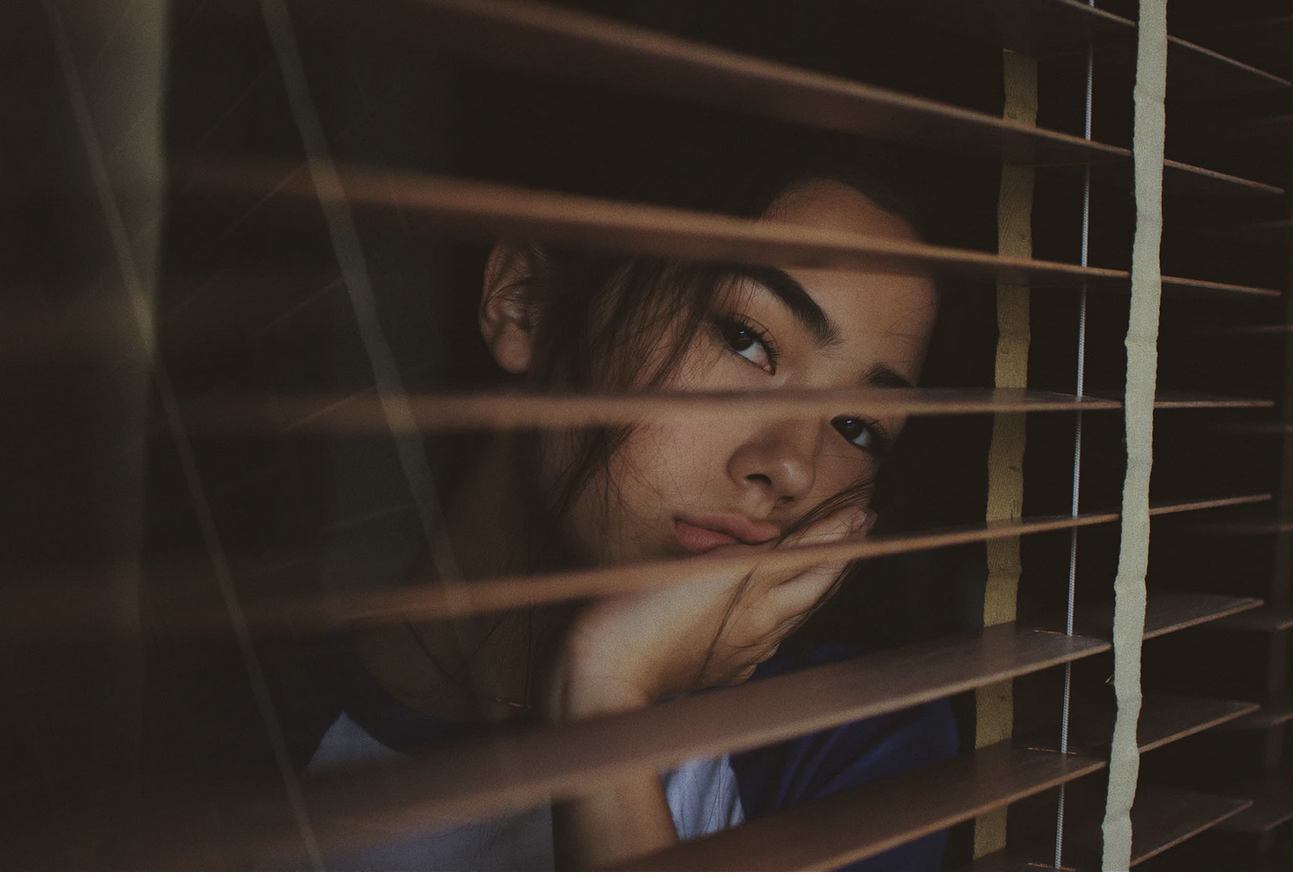 The everyday of mental health stigmas in AAPI communities

Asian-Americans are the least-likely racial group in the United States to seek mental health services, according to Mental Health America.

There are a multitude of reasons for this reluctance to speak openly about mental health, let alone seek treatment for any symptoms.

Many of these reasons are cultural and traditional, centered around shame, guilt and fear of what others may think, but many of them are structural, such as documentation status, lack of culturally competent care, and insurance issues.

"Part of a whole"

Eastern culture differs from American culture in many ways. It accepts suffering as a natural part of human existence, and doesn’t really value what the Western world usually refers to as “venting,” or “getting something off our chests.”

It also places more value on community, family and togetherness, as opposed to the American way of expressing and encouraging individualism.

This is exemplified by a quote from the 2019 Asian-led film The Farewell, where the main character’s uncle says to her:

“You think one's life belongs to oneself. But that's the difference between the East and the West. In the East, a person's life is part of a whole. Family. Society.”

The family makes a pact not to inform the grandmother of her terminal illness, and Billi cannot wrap her head around this choice, struggling to hold back her emotions.

The family also sheds no tears around each other, and find Billi’s sensitivity bizarre, and too Western.

"What will people say?"

It is human nature to avoid humiliation or embarrassment, to remain dignified and to preserve one’s reputation in the community. But for many Asian-Americans, these efforts to “save face” can become a 24/7 job, and can negatively impact their mental wellbeing.

“Saving face” has evolved to the point that Asian-Americans are actively discouraged from speaking up about their problems, especially with outsiders — making the idea of therapy quite terrifying.

If a young person in particular were to talk about symptoms of depression, anxiety or abnormal mood fluctuations, they would likely be met with a lack of understanding, empathy, and encouragement to seek help.

“A lot of older generations didn’t have that opportunity or luxury to seek out treatment for themselves. It also comes from the notion of honor and saving face." For mental health resources for the AAPI community, visit https://t.co/n0kPppQuaihttps://t.co/yMC2590khD

If said young person were to mention the desire to seek treatment, the parental response may have more to do with how their actions would reflect back on the family, rather than focused on the child’s wellbeing.

Despite this prevalent stigma, the racial trauma of the rise in COVID-related hate crimes has led to an increase in Asian-Americans seeking mental health care.

According to a 2020 McKinsey & Company report, there was a 39% increase in the number of Asian-Americans who sought mental health support from Crisis Text Line.

No such thing as positive stereotypes

In addition to this persistent battle to save face and uphold the reputation of oneself as well as the family’s, Asian-Americans are also suppressed by what is known as the model minority myth.

This myth is a misconception of all Asian-Americans that paints them as a monolith, praising them for their perceived success across cultural, academic and economic domains.

It not only ignores the diversity of Asian-Americans, in culture, in language, in individuality, in socioeconomic status and in the professional world, but also conveniently glosses over the racial oppression they face and serves to create tension between the Asian and Black communities.

How deep can emotions be pushed down?

21-year-old Chunjia Huang, a trans-racial adoptee born in China and raised by an Italian-American and a Vietnamese immigrant step-mom, told Al DÍA that her experience with mental health and the stigma surrounding it has been a bit complicated.

Huang explained that she has developed a strong emotional intelligence, self-awareness and ability to listen to her own body and intuition when it comes to her mental state, but it was a journey she took on her own and did not inherit these practices from her parents.

Huang said that the Italian members of her family always soothed her spirits with an open mind and heart whenever the topic of mental health was brought up in conversation, but the Vietnamese side of her family spoke very few words on the topic.

As many in Asian-American communities strive to save face and swallow all the bitterness, they tend to adapt to daily struggles by developing coping mechanisms.

Huang said that her mother’s coping skill of choice is humor. Although she said her mom is not typically a comedian — she is very logical — and uses humor to mask pain and uncomfortable feelings.

When it comes to anti-Asian violence, Huang said her mother “has the privilege to ignore it,” because out of all her siblings, she was the quickest to assimilate into American culture.

Huang’s mom went to college and landed a corporate job, and doesn’t spend too much time thinking about racism or even her own ethnic identity. She simply says to her daughter “be careful.”

She said the experience in corporate America led her mom to adopt the mindset and personality traits from “50-year-old white people,” because “that’s what she had to do.”

“I think as soon as my mom gains self-awareness, she can tackle her own issues, like internalized racism and sexism, and how the trauma of being an immigrant and leaving her country to find a better life, led her to abandon her hopes and dreams to get a corporate job,” Huang said.

That internalizing has extended to different traumas of everyday life, whether they be bullying, discrimination, or the violence seen in the news.

“We don’t really talk about it,” said Huang of her experience with her mom..

“We as Asian Americans are in murky waters now. The shame and stigma in Asian-American communities makes us report some of the highest levels of mental distress, while being three times less likely than white people to seek help,” reads the home page of Project Lotus.

Project Lotus is a mental health nonprofit organization that seeks to de-stigmatize mental health within Asian-American communities through their blog, educational webinars, and offering resources to youth and adults.

Our latest webinar, Stress and Anxiety in Asian Youth, has been uploaded.https://t.co/8IXFAEBVXr

Daniel Gu, Helen Chen, Joyce Chen, and Aaron Li founded Project Lotus because they all had personal experiences of mental health stigma among their family and friends and wanted to see a change.

“Our goal is de-stigmatizing mental health in Asian-American communities. The primary way we do that is through tackling the model minority myth. One of the best things we’ve done is the blog, where we highlight community voices and share people’s stories,” Li explained. “When you open up our blog, you see people who are willing to place themselves in very vulnerable situations, which requires a lot of bravery.”

Oftentimes, when an Asian-American person does reach out for help and sits down for a therapy session, it just “doesn’t hit the mark,” according to Gu.

He mentioned how he was talking with a friend recently about how sometimes a young Asian person will have a session, and the professional will talk to the teen’s parents afterwards. In an effort to “save face,” they will promise to do all the things recommended.

But in reality, the topic never comes up again in the household.

When it comes to the concept of cultural competence in mental health care, Gu said that it really is the little things, like “being able to drop those phrases that shows that [the therapist] can understand another person’s culture. It makes a big difference.”

Defeated at the starting line

Beyond the cultural barriers that Asian-Americans face, they are also hindered by structural barriers, blocking people from receiving treatment even if they have the courage to seek it out.

One in every two Asian Americans who meet the criteria for a mental illness will not seek mental health help due to a language barrier.

About 34% of Asian-Americans have limited proficiency in English, and there remains a shortage of mental health professionals that are fluent in languages such as Vietnamese, Cantonese, Mandarin, Japanese, Tagalog, Hindi, and Urdu.

With it being both #AAPIHM and mental health awareness month, it's good to remember that AAPIs are one of the least likely racial groups to utilize mental health services. Much is due to language/cultural barriers, lack of insurance, and stigma.

It can be challenging enough to speak openly and honestly about your innermost thoughts and feelings to a stranger, and having to do so in a foreign tongue is even more difficult.

Translation services are also not trustworthy in a therapeutic setting, as languages differ when it comes to these topics, and the conversations are nuanced and soul-baring.

Language barriers also increase the likelihood of misdiagnosis and make it difficult for patients to understand treatment and medication instructions.

Under Title VI of the Civil Rights Act of 1964, Limited English Proficiency (LEP) Americans have the legal right to access health care in their preferred language, free of charge. But these services are not widely available.

The only way to resolve it and properly reach the 37% of Asian-Americans who report poor mental health, is to flood the industry with more multilingual therapists, counselors and psychiatrists.

The mental health stigma that exists within Asian-American communities impacts people on a very personal level, and the structural barriers that block their access to proper care leaves them without a space to heal.

With the rise in anti-Asian violence, the community needs healing, empathy, understanding and access to mental health care that is multilingual, culturally competent, and affordable.