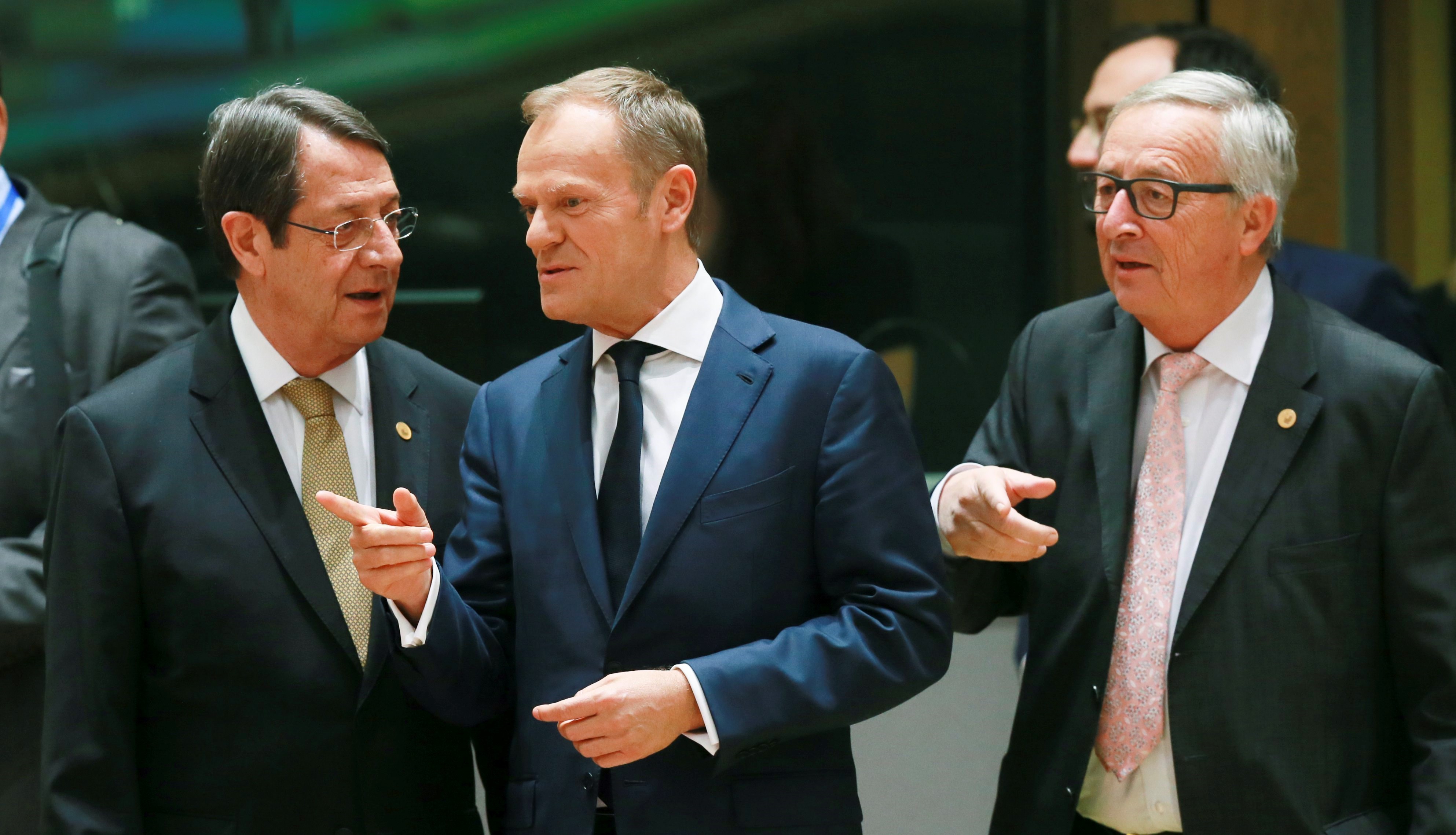 EU leaders gather for a summit centered on migration, defense amid rifts

Heads of state and government of European Union member states arrived Thursday in Brussels for a two-day Council summit focused on defense and migration challenges in the bloc.

Donald Tusk, president of the European Council, said the meeting would deal with issues where it was clear that there is a divide among the countries, such as the Economic and Monetary Union and the current migration quotas for member states.

"These divisions are accompanied by emotions which make it hard to find even a common language and rational arguments for this debate," he said.

The disagreements were clear as, upon his arrival to the summit, Austrian federal chancellor Christian Kern categorically rejected Tusk's claims that the migrant relocation quota system was inefficient and divided member states.

He described the invitation letter the Council chief had sent to leaders, in which he had made these statements, as unfortunate.

"It's incomprehensible for us because the EU consists of all of us sharing the benefits and the burdens," he said, adding that one country could not refuse to collaborate because that is not what cooperation looks like.

Tusk said it was important to focus on the topics where they were united, such as Brexit and defense, and that the Council was going to launch Permanent Structured Cooperation (PESCO), a strategy to increase and further integrate defense collaboration within the EU.

On Friday, once British Prime Minister Theresa May is no longer present, the leaders are expected to give the green light to the start of the second phase of the Brexit negotiations and discuss the future of the EMU.