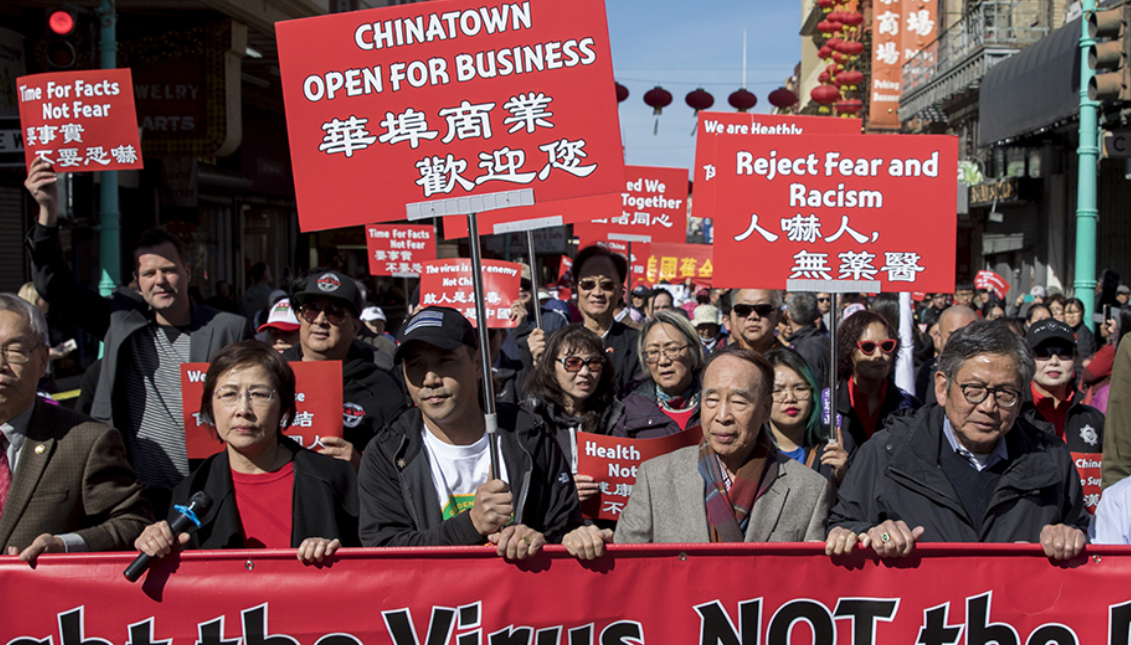 The Hispanic, Black and Asian Pacific American Caucuses are out to fight Asian-American hate on the rise since the beginning of the COVID-19 pandemic.

Since the start of the COVID-19 pandemic, the country has seen a dramatic increase in anti-Asian racism and hate crimes. Much of that hate against Asian-Americans spawned from derogatory language coming from politicians like former President Donald Trump and former Secretary of State Mike Pompeo.

The rise in violence against Asian Americans is entirely predictable after a year of scapegoating regarding the "China Virus" and "Kung Flu." From my discussion with @mitchellreports. #AMR pic.twitter.com/jJ6r90PKwF

The xenophobic rhetoric has led to increased hate speech, discrimination and fatal hate crimes. Stop AAPI Hate, a website that has a tool where users can self-report harassment, discrimination and violent attacks, recorded more than 3,000 incidents from March 2019 to December 2020.

On Friday, Feb. 19, House Democrats from the “Tri-Caucus” met to discuss the uptick in anti-Asian racism and called on the Biden administration to do more to combat the troubling surge in hate crimes.

She said that the current tracking law from 1990 “doesn’t have any teeth.”

Chu explained that at the start of the pandemic, Asian-Americans were frequently receiving dirty looks and verbal assaults, but over time, it escalated to physical attacks against innocent civilians.

“Just as many Asian-Americans were preparing for the Lunar New Year over the past few weeks, we saw a surge in anti-Asian violence,” she said.

Chu cited several attacks, including the murder of 84-year old Thai-American Vicha Ratanapakdee, and a recent increase in violence against senior citizens in Oakland, California’s Chinatown.

Her and the other lawmakers are calling on Congress to pass the “No Hate Act,” which would provide grants to states to improve hate crime reporting.

Chu said they will also be requesting to meet with the Department of Justice as a follow up on the implementation of President Joe Biden’s executive order addressing xenophobia and violence against Asian-Americans.

"We need a concerted effort": @RepJudyChu speaks with @Elaine_Quijano about her work to get Congress and law enforcement to address the spike in hate crimes against Asian Americans and Pacific Islanders pic.twitter.com/tWMgyZ2uBs

Also in the hearing, Rep. Jimmy Gomez read aloud an email from an Asian-American constituent who had recently been robbed during the Lunar New Year. Gomez represents part of Los Angeles, including its Chinatown, and said that “what happens to anybody in our community, happens to the rest of us.”

Rep. Barbara Lee, a former chairwoman of the Black Caucus, called for concrete actions, telling reporters that “as an African American woman, this is an issue that we know so well in the Black community. It’s an issue we cannot just turn our back to.”

Chu said that CAPAC plans to call on the FBI to follow up on the effort to improve hate crime reporting once an attorney general is confirmed.

She pointed to a resolution that New York Rep. Grace Meng introduced during the last Congress condemning violence against AAPI communities, supported by 14 Republicans.

Chu hopes that this bipartisan support will carry over to a new hate crime law.

Hate crimes against Asian Americans have skyrocketed but too often these attacks are ignored & underreported. This is not limited to the US; in the UK attacks against East & Southeast Asians have increased 300% during the pandemic. Please share & raise awareness #EnoughIsEnough https://t.co/J9VEh5hUh1

“We need each of us to do what we can to stop these hate crimes. All of us must be vocal in rejecting xenophobia and racism,” said Chu.