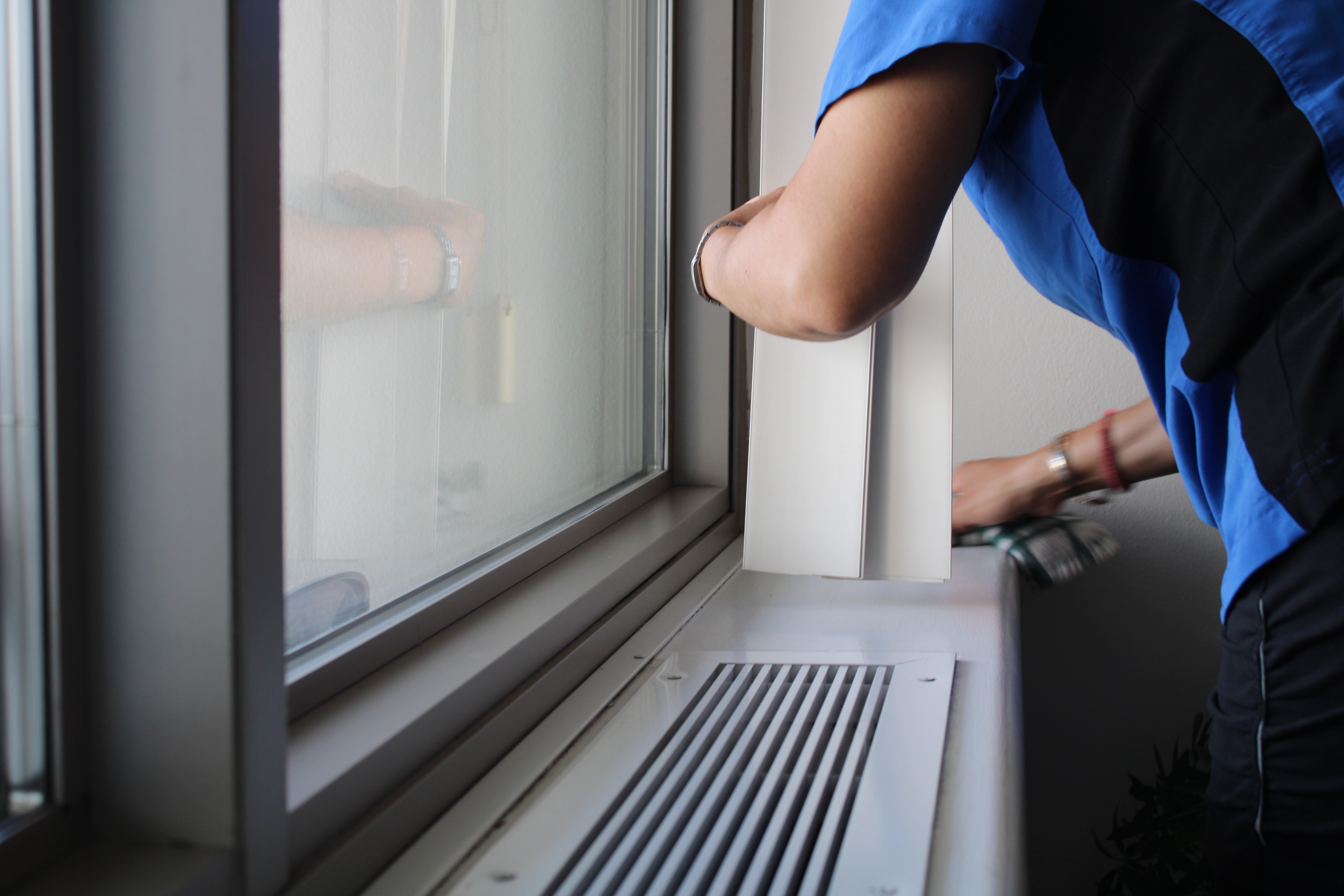 Lucy, a domestic worker, cleans the home of one of her clients in late July 2019. Photo: Emily Neil / AL DÍA News

What will the Philadelphia Domestic Workers Bill of Rights change — and why has it taken so long for one of the fastest-growing sectors in the U.S. to have…

They work in one of the most vulnerable sectors in the U.S. labor force. But Lucy, María del Carmen Díaz and other domestic workers have decided to challenge that, and demand rights for the estimated 16,000 nannies, housekeepers, and caretakers in Philadelphia.

It is a struggle happening nationwide, as members of the National Domestic Workers Alliance, of which the PDWA is an affiliate, are also pushing for legislation at the federal level to ensure rights for domestic workers throughout the country. In July, Sen. Kamala Harris (D-CA) and Rep. Pramila Jayapal (D-WA) introduced the Domestic Worker Bill of Rights Act, which would establish basic legal protections for all domestic workers in the U.S.

The battle for the sector’s rights has been going on for decades, dating to the work of Dorothy Bolden, a black domestic worker and civil rights activist in Atlanta, who began organizing in the 1960s to demand better wages and greater protections.

But domestic workers, organizers, and legislators alike say that changing the working conditions and rights afforded to domestic workers won’t happen overnight with the approval of the bill of rights. It will require a long-term effort to educate employers/clients of domestic workers, and examine the systemic issues which contribute to wage theft, discrimination, sexual harassment, and other workplace abuses that many domestic workers face.

On Oct. 22, the Law and Government Committee of Philadelphia City Council will hold a vote on the proposed Philadelphia Domestic Worker Bill of Rights. If approved, the bill will go to a full vote later in the fall session of City Council.

Editor's Note: This piece was updated on 10/22 to reflect that the bill was voted on by the Law and Government Committee of Philadelphia City Council, not the Labor and Civil Service Committee.