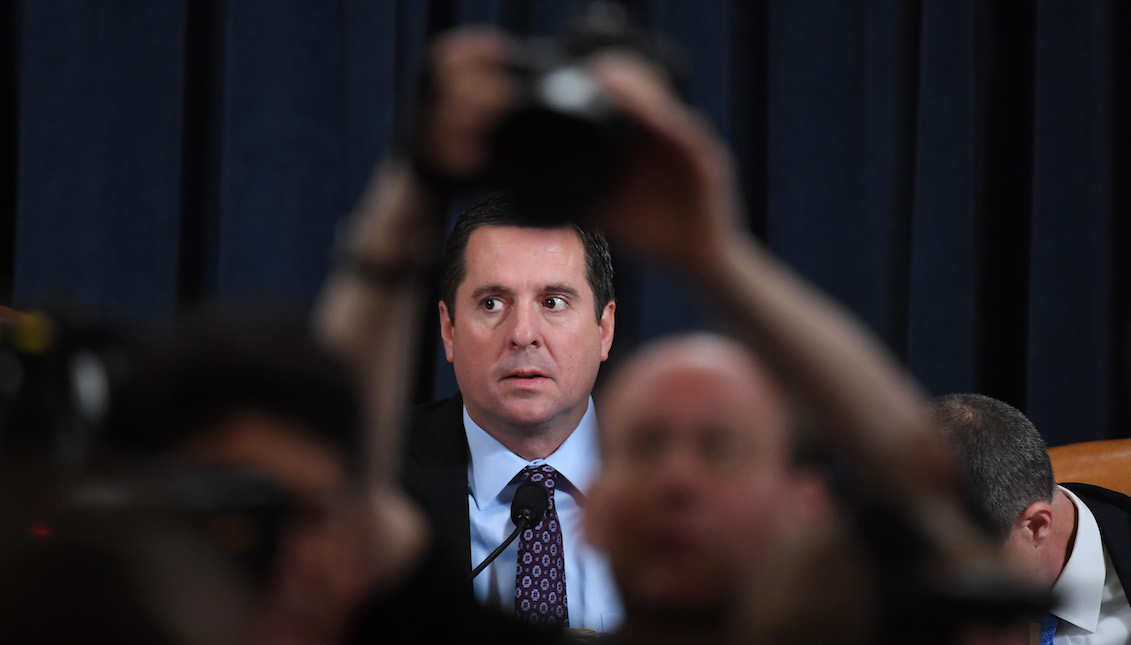 Does Devin Nunes have a secret agenda?

The Republican congressman has made a name for himself as a staunch supporter of President Trump. The reason could be more personal than professional.

Republican Representative and ranking member of the House Intelligence Committee Devin Nunes has gone viral in social media for his constant disqualifications of the Democratic-led impeachment of President Donald Trump.

"Witch hunt," "illegal investigation," "fraud" and "hoax" are the representative's favorite phrases when opening his speeches inside and outside Congress.

For example, Nunes opened his statement at Thursday's public hearing session by saying, "Welcome to the circus, ladies and gentlemen," before continuing with arguments against the process.

His comments have been so particular that they have begun to attract attention as a sort of exaggerated gesture of fidelity.

However, an exclusive report in The Daily Beast seems to give a more logical explanation for the Republican representative's insistence on discrediting the process.

Lev Parnas, a Ukrainian American citizen associated with Rudy Giuliani, and who is being prosecuted on federal charges, claimed through his lawyer to have helped Nunes "organize meetings and calls in Europe" during 2018.

It is important to remember here that the names Lev Parnas and Igor Fruman have been repeatedly mentioned in the middle of the impeachment against Donald Trump after both citizens were arrested in early October at Dulles airport in Washington.

The two businessmen are being tried for making illegal donations to Republican Political Action Committees, and their direct association with the president's personal attorney Rudy Giuliani has put them in the middle of the investigation conducted by Democrats.

Both Parnas and Fruman allegedly helped Giuliani in the smear campaign against former U.S. Ambassador to Ukraine Marie Yovanovich.

The new information published by the Daily Beast about a possible link between Parnas and Nunes is both troubling and revealing.

Congressional records to which the media had access show a trip by the Republican representative to Europe between Nov. 30 and Dec. 3, 2018, while he was conducting an investigation into the origins of the Mueller report on Russian interference in the 2016 elections.

Nunes thus earned President Trump's approbation after initiating a smear campaign against the U.S. intelligence community, boosting conspiracy theories such as the Obama administration's alleged spying on the Trump campaign, and continuing these efforts during his trip to Europe.

This trip also coincided with Giuliani's campaign in Ukraine to get Yovanovitch fired as an ambassador. The fact that this seems more than a coincidence could add another layer to the impeachment saga.