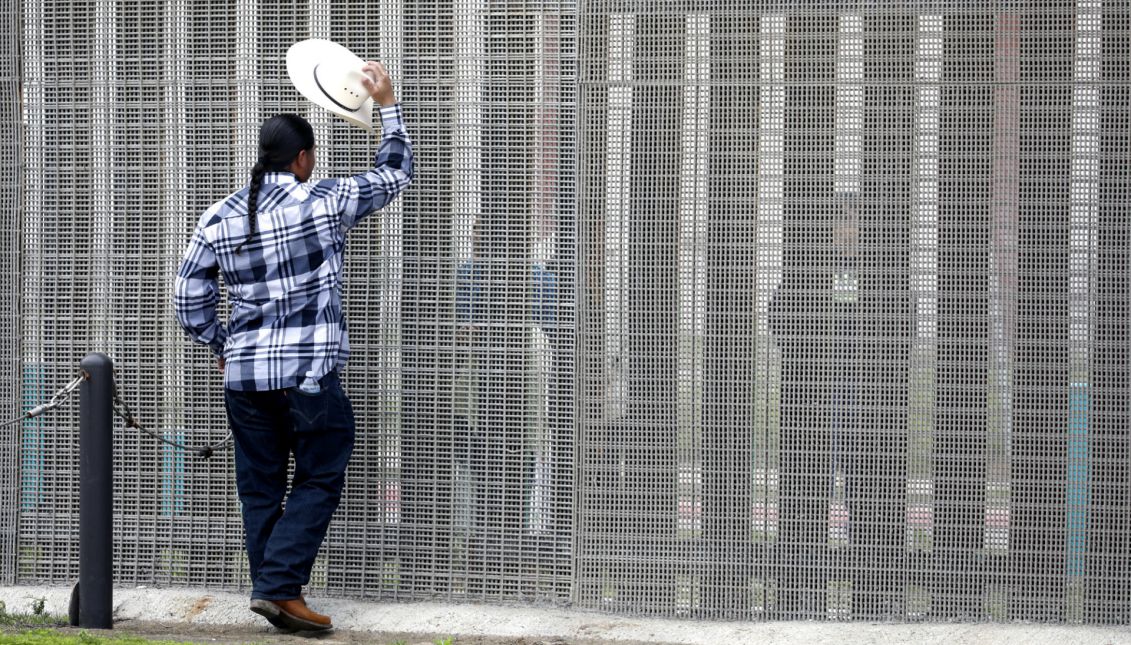 Desperation and hope along Mexico's wall

For human rights organization Amnesty International, Trump's proposed border wall - which even some members of the Border Patrol fail to see as an effective…

Mexico's proposed border wall and barriers to illegal immigration put in place by Donald Trump appear to have had an instant impact. The number of people detained by the US Border Patrol Force hit record lows in the first three months since the new president's inauguration.

The Senda de la Vida - "Path of Life" - shelter is perched atop a hill along Mexico's Rio Bravo river (known in the US as the Rio Grande), affording a clear view of the US on the other side.

There, migrants - mainly Central Americans - who have managed to escape the claws of death en route seek food and refuge.

But after crossing the river they face the likelihood of being captured by US Border Patrol agents waiting on the other side, armed with patrol vehicles, boats and infrared sensors.

Between 2014 and 2016, during a surge in undocumented immigrants from El Salvador, Honduras and Guatemala, detainees were released if they were families with children or if their stay at a detention center became unduly prolonged.

At the Caritas center in McAllen, Texas, headed by Sister Norma Pimentel, they were given food, bath and bed, and eventually, a bus ticket to reunite with relatives in the US where they would begin a clandestine life.

But this year, Donald Trump's announcements about boosting Border Patrol resources and disallowing humanitarian release of illegal aliens - besides completing a frontier wall that already runs along part of the border with Mexico - have triggered an unprecedented fall in the number of immigrants detained at arrival.

"The decrease has been unbelievable. No more than one or two families are arriving each day," Pimentel says over the phone.

The ongoing debate over the border wall and the Trump administration's heavy-handed approach against undocumented immigrants has dissuaded many. And with churches in Texas, Washington and California warning of the dangers of migrants falling into the hands of mafia groups, the message is reaching family members in Central America.

A similar message is being conveyed by the Border Patrol.

"The 'coyotes' (migrant smugglers) don't care about the life or health of others. For them, (the immigrants) only mean more money," said a member of the force during a recent practice drill in Laredo, Texas, which journalists were invited to attend.

In areas close to the border, migrants can spend up to three days walking. In summer, temperatures can surpass 45 degrees Celsius. (113 Fahrenheit).

When someone is unable to carry on with the group or becomes a liability, smugglers don't think twice about leaving them stranded without water or food. The resulting disorientation kills many of them.

At the Laredo drill, border guards recreated a real case - a land rescue of an immigrant who had been left behind after falling from a height of seven meters and breaking his ankle.

"There have been many rescues. (Since October 2016), we have had more than 700," Assistant Chief Border Patrol Enrique Martinez in Laredo sector, where the river acts as a physical barrier between the two countries, told EFE.

"They can be at the hills, due to heat or cold, in the water, from cars, trucks, tractors."

For human rights organization Amnesty International, Trump's proposed border wall - which even some members of the Border Patrol fail to see as an effective barrier - will only enrich criminal organizations involved in extorting money from immigrants on the Mexican side.

"A wall will make it much more difficult to cross and the immigrants will have to take recourse to mafia groups to be able to reach the US," AI immigration researcher Madeleine Penman told EFE.

"We can already see how the fee charged by 'coyotes' has doubled at some places."

Migrant smuggling networks that manage to outsmart authorities abandon newly-arrived immigrants to their fates in the city of Houston or surrounding towns, sometimes cramming them into crowded houses.

Luisa Zwick, founder of Casa Juan Diego, the oldest immigrant shelter in Houston, told EFE that even if pregnant women give birth after arrival there are attempts to deny them the right to register the baby as an American citizen.

Other immigrants stay only a few days at the shelter before they find a job on the sly, and disappear.