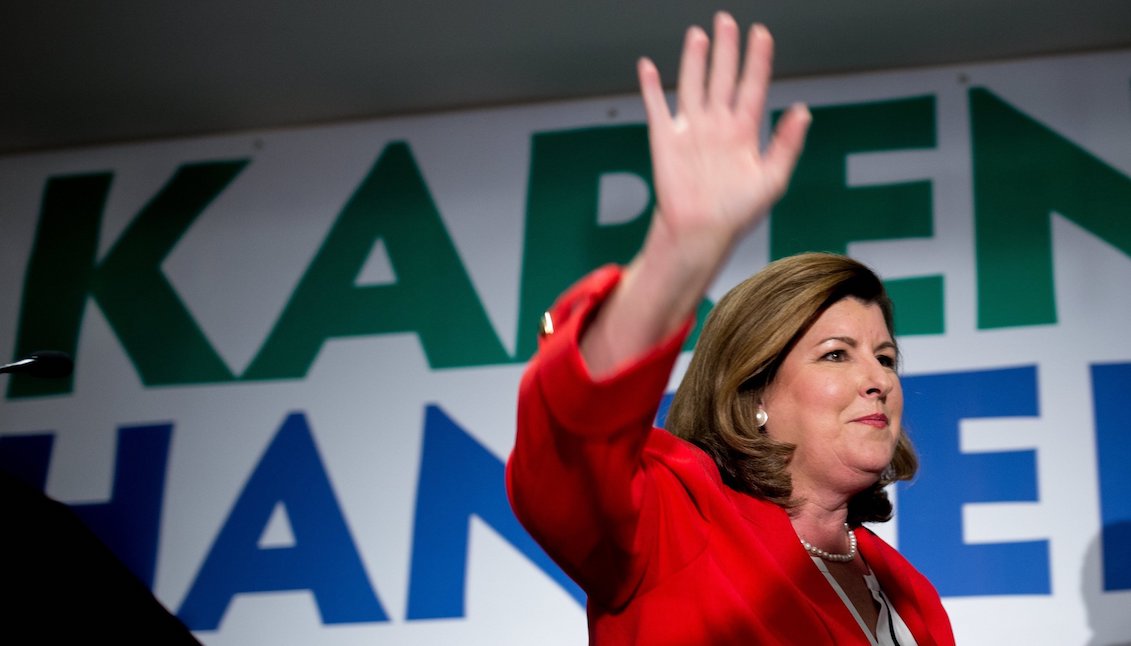 Karen Handel, the Republican candidate for the US House of Representatives, during an election party for her candidacy today, Tuesday, June 20, 2017, in Atlanta, Georgia. EFE/Branden Camp

Republican Karen Handel declared herself the winner in the special election in Georgia, in what many posed as an assessment bout of Donald Trump's approval.

With 100% of the votes counted, Handel outnumbered Democratic presidential candidate Jon Ossof by five points in the most expensive electoral race in the history of the United States.

According to reports by the national media, "publicity spending of the contest approached 50 million dollars," and groups outside the two parties donated much of the money.

The special election for the sixth district of Georgia sought replacement of Tom Price  - Trump’s current Secretary of Health - in the House of Representatives.

For his part, President Trump congratulated the candidate through his Twitter account, even before Handel made the announcement, claiming that her work had been "fantastic", and that (the party) was very proud of her.

According to Univision's analysis, the election "had been raised as a sort of referendum on the early months of Donald Trump in the White House," but the demise of the young Democrat showed that the recovery of the ground lost by the party against the Republicans will not be that easy.

Especially in a constituency like Georgia, which has been in Republican hands since 1979.

Yesterday's victory demonstrates Republican roots in the race to replace party officials who left Congress to join the Trump administration, according to The Atlantic analysis.

For the media, "the outcome of any special election, while not an indicator of what might happen in the upcoming 2018 midterm elections, yesterday's Republican victories could still have a significant and immediate national impact".