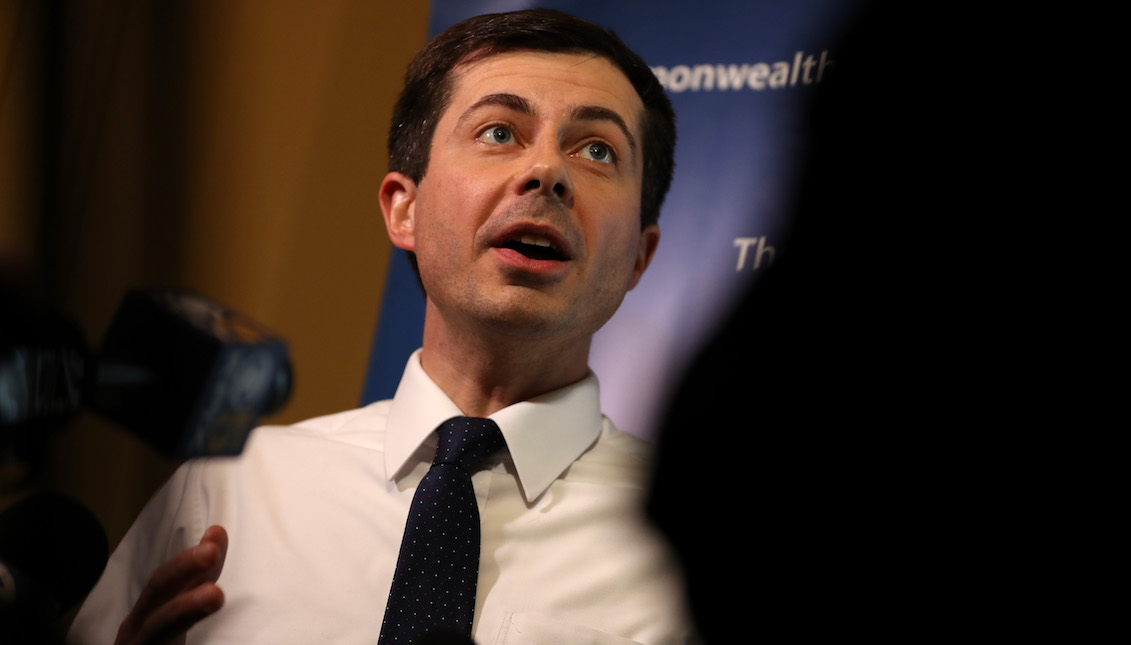 Why we should not lose sight of Pete Buttigieg

The young presidential candidate has suddenly escalated in the race for the Democratic nomination, drawing important similarities to the Obama phenomenon.

The early campaign announcements and the diversity of candidates have made the battle to defeat Donald Trump increasingly desperate.

Names like Bernie Sanders, Kamala Harris, and Elizabeth Warren, have filled the whole spectrum of political positions - from the most radical left to the moderate left of center.

While all candidates agree more or less on basic proposals for the Party - affordable health care, immigration, and education, for example - few candidates have been able to withstand public scrutiny without disenchanting many voters along the way.

But one of them seems to be rising steadily in acceptance rates.

His name is Pete Buttigieg, better known as "Major Pete", for those who cannot pronounce his last name.

This young mayor of Indiana, who is only 37 years old, became known during the first months of the year for a trivial matter: he is the first openly homosexual candidate for the U.S. presidency.

Even if this trait could sound the alarms of the most conservative - those who persist in keeping obsolete traditionalisms in 21st-century politics - the most notable characteristics about Buttigieg have to do with many other things.

Despite being a stranger in national politics, the candidate raised an impressive seven million dollars in just the first quarter of his fundraiser, busy as a bee to make himself known both on social media and through campaign rallies.

His academic training (Harvard graduate), his impeccable performance as mayor of South Bend (where he was re-elected with more than 80 percent of the vote), his religious character and his progressive profile with a conservative air, have helped him take off in the polls. The candidate has sparked the curiosity of both liberal Democrats and Republican skeptics.

Such is his momentum that even Google Trends announced last Monday the escalation of his phenomenon on the platform.

Here you can see how @PeteButtigieg has risen in search interest this year.https://t.co/yaz7Sm5f8g pic.twitter.com/78pxqB7TkJ

This is not, however, any guarantee.

If something is true in politics is that what shines today can simply disappear tomorrow.

But it is inevitable to draw parallels between this intriguing candidate and another young politician who took the United States by surprise a few years ago.

In 2008, the senator from Illinois, Barack Obama, emerged in the polls not only as an impossible African-American candidate who wanted to take the position of George W. Bush, but as a politician who offered attractive solutions for all and in a wide range of ideals.

For Zack Beauchamp, Buttigieg's ability to be "a partisan base warrior" while presenting "an attractive image for moderates" is precisely what transforms him into that "nuclear" option for the Democratic Party.

In his analysis for Vox, Beauchamp describes the young candidate as "neither a poll-tested milquetoast centrist nor a part of an entrenched party faction, but a competent executive whose vision directly addresses (Democrats’) Trump-era anxieties and partisan anger.”

However, no one better describes his faculties to take the reins of the country than the candidate himself.

"I get that I am the young guy in the conversation, but I would say experience is what qualifies me to have a sit at this table," he concluded.