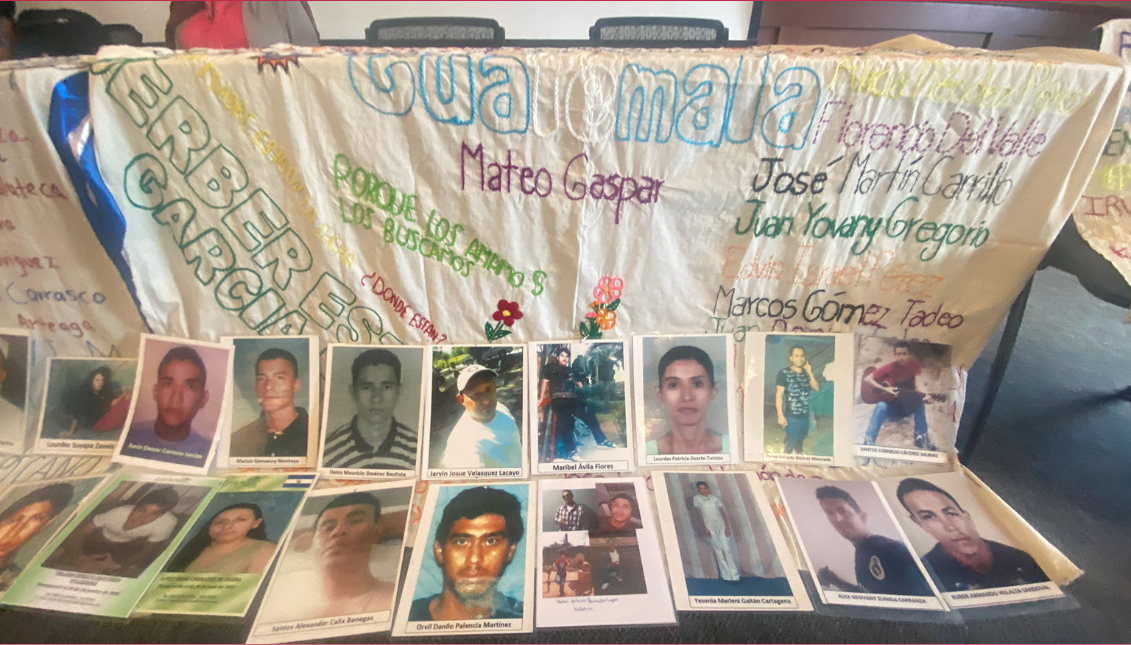 On Friday, Oct. 22, Villanova University, in partnership with Migrant Roots Media, Pax Christi USA and Proyecto Puentes de Esperanza, hosted an event bringing awareness to the plight of so many Central Americans that have missing family members.

Between Oct. 12 and 24, Central American mothers will be visiting six states to search for their loved ones and meet with activists, workers, academics, authorities, and migrant communities.

The Central American Mothers Caravan is made up of mothers and family members of disappeared migrants from Guatemala, Honduras, El Salvador and Nicaragua. Their visit to Villanova was part of their annual march to publicize and denounce this humanitarian crisis, and to get justice.

A caravan of Central American mothers march in Mexico City in search of their missing migrant children. pic.twitter.com/ayfKnVd1gv

One of the mothers, Angela Lacayo, briefly spoke at the anti-poverty symposium earlier in the day. Through an interpreter, Roxana Bendezú, Lacayo told her story.

Lacayo is from Honduras, and her son migrated to the United States, but once he made it to Mexico, she never heard from him again.

“I'm here representing not just myself, but also a committee in my own country of origin, and I'm representing thousands of families who couldn't be here today or more often the mothers of disappeared of my kids who have disappeared along the migratory route,” Lacayo said.

Lacayo also mentioned that the root causes of migration are not about “chasing a dream,” but to escape poverty, violence, and organized crime. Lacayo also wanted to make clear the role that the government has in creating these root causes.

“The United States government spends a lot of money on Central America, and this money does not usually go to the causes that it is advertised to be going to, such as, you know, providing jobs and providing employment and helping people. The money doesn't go to that. The money actually goes to militarize the police, and we continue to arm the military in places like Central America,” she said.

At the main event, which took place in the dining hall building on campus, Lacayo, along with fellow Aracely de Mejía, Bertila Parada and Karen Morales — the sister of a missing brother — continued sharing their stories and listing their demands.

Memoirs of a political prisoner in El Salvador
July 11th, 2022
The Happy Republic
June 30th, 2022
Do you want to know the harsh reality of journalism in Central America?
May 19th, 2022

The women want three main things: for searches to be conducted along the migratory route, humanitarian visas for mothers or other family members who want to search for their disappeared loved ones in the U.S., and lastly, to seize the militarization of all borders.

The mothers who could not be in attendance stitched the names of their missing loved ones onto quilts that were placed on top of the tables the caravan group was using for the event. The collection of all these pieces is called: La Manta de la Memoria.

Raúl Diego Rivera Hernández, the Associate Professor, Director of Latin American Studies Program at Villanova, has been working with the caravan since 2013.

“So the idea to come to the states is to start talking about mechanisms for searching for migrants who disappeared in the United States. There are thousands of migrants that cross the border and they die for different circumstances, but there are no mechanisms to help the relatives who have lost contact with them,” Hernández told AL DÍA.

The mothers have turned their pain and quest to find their loved ones into a large movement, but they know their potential is limited. So they are visiting universities and other institutions in search of empathy and resources.

“We know that there are many doors that us mothers are not able to open here in the United States due to the fact that we don’t live here. You are in the position to be able to support us and open up these doors, since there’s such a large number of migrants that have disappeared on the U.S. side of the border as well. So you are all in a position to be able to support us in the ways that are possible that we can explore,” said Parada.