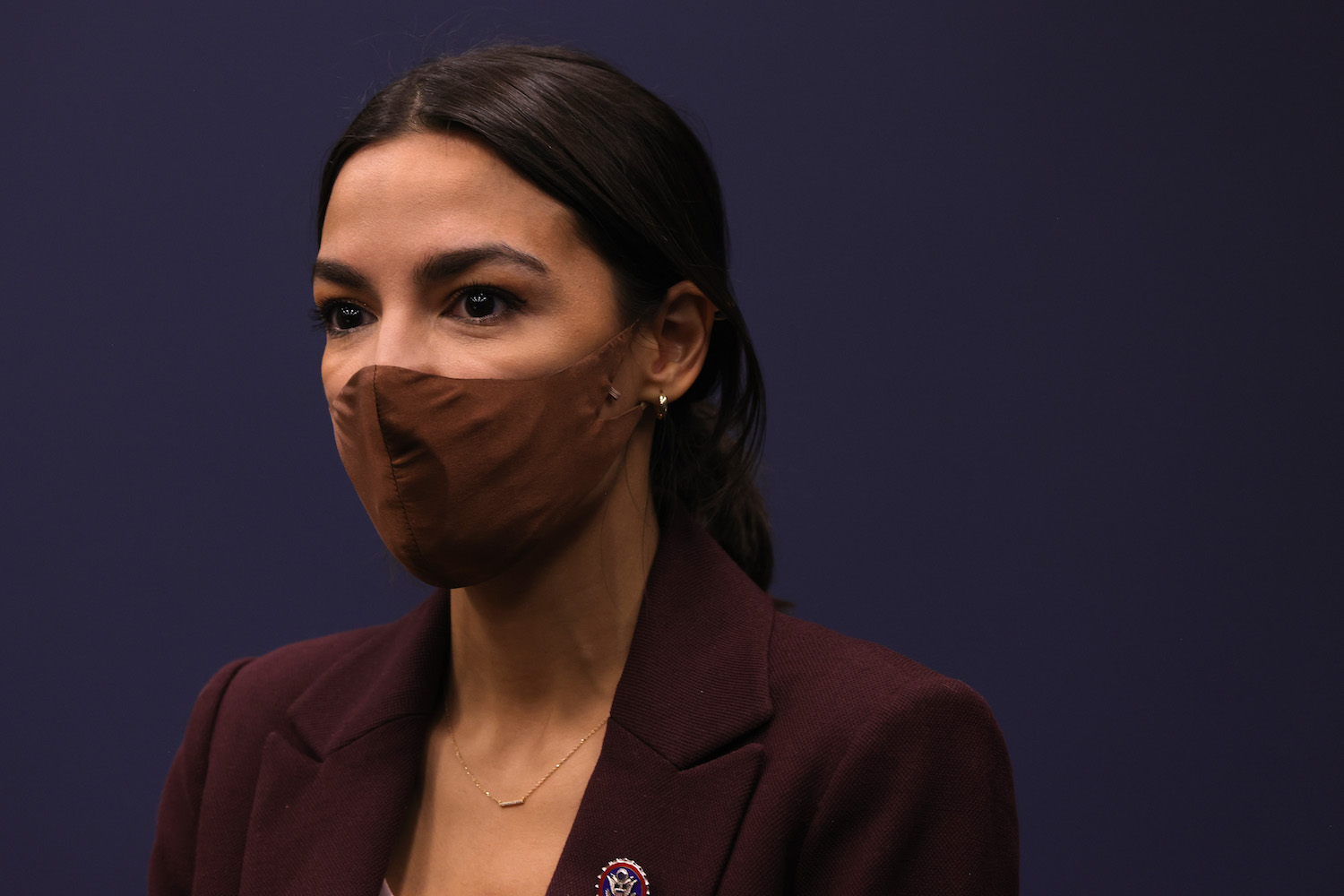 According to Rep. AOC, this sort of comparison should stop. Photo: Photo: Alex Wong/Getty Images.

Regardless of the outcome, conflating the two movements for acceptance into the union is unproductive.

The arguments pushing for statehood for Washington D.C. and Puerto Rico are both decades old, but they’re both vastly different.

Last month, Congress held hearings on two bills that would extend statehood to D.C. and the U.S. territory, igniting the conversation on the distinctions between the two movements. While the case for D.C. statehood is rooted in political disenfranchisement spanning years, the case of Puerto Rico is its lingering colonial status, which has its own people divided between statehood or self-determination.

The U.S. Capitol’s case for statehood has made significant strides in recent years in particular.

Legislation to make it a state first passed in Congress in Jan. 2021, but the GOP-controlled Senate did not bring it for Senate consideration at the time. It wasn’t until the insurrection at the Capitol on Jan. 6, 2021 that D.C. Mayor Muriel Bower called on Congress to grant statehood to D.C., citing that she couldn't deploy the National Guard because of her jurisdiction’s status.

While some Republicans have cast the bill aside in speculation that it would aid the Democratic party’s edge in upcoming elections, H.R. 51, which would grant D.C. residents statehood, passed through the House without bipartisan support two weeks ago, leaving it to the Senate to take up once again.

But while there is a general sense of support among D.C. residents and advocates, the same cannot be said for the U.S. Territory of Puerto Rico, which finds itself in a radically different position, and not all roads point to statehood when asking residents.

Even members of Congress are divided on the issue.

There are currently two bills that the House is deliberating on: One for immediate admission into the Union, and another that calls for self-determination. There is even a smaller population of island residents that are calling for sovereignty.

The Puerto Rico Self-Determination Act, co-sponsored by Reps. Nydia Velázquez and Alexandria Ocasio-Cortez, would prompt Puerto Rico’s legislature to form a Constitutional Status Convention whose delegates would be elected by Puerto Rican voters themselves. The elected delegates would develop a solution for Puerto Rico’s status — whether it be statehood, sovereignty, or free association.

The Puerto Rico Statehood Admission Act, led by Rep. Darren Soto and others, seeks to turn Puerto Rico into the 51st U.S. state by holding a binding “yes” or “no” vote on the island, following a non-binding referendum that was held on the island in Nov. 2020.

The present debate within Puerto Rico’s own people highlights just one of the differences in the separate movements for statehood.

According to Rep. AOC, this sort of comparison should stop.

And approaching Puerto Rico’s status as a matter of party advantage is both neocolonial and mistaken. Puerto Rico’s elected delegate to Congress caucuses w/ the *Republican Party,* not Dems,” she wrote on Twitter on May 5.

And approaching Puerto Rico’s status as a matter of party advantage is both neocolonial and mistaken.

She later added that self-determination in Puerto Rico shouldn’t be resolved in a ballot referendum, thereby simplifying the situation and diminishing the colonial implications.

Such a decision, according to AOC, should be made through a constitutional convention.

Regardless of whether Puerto Rico opts for statehood or self-Determination, the discussion, as advocates have said, should be considered within the context of the Insular Cases — the series of Supreme Court Decisions that barred territories like Puerto Rico from becoming states for reasons based on racist beliefs.

This was not the case for Washington D.C.

Self-determination in Puerto Rico shouldn’t come down to a simple ballot referendum - a process that states use to resolve questions like dog racing or cannabis & are easily challenged.

AOC is pushing for self-determination, but the same applies for the case for statehood.

These are two distinct status conversations. Regardless of the outcome, the approach of conflating the two movements for acceptance into the union is unproductive.