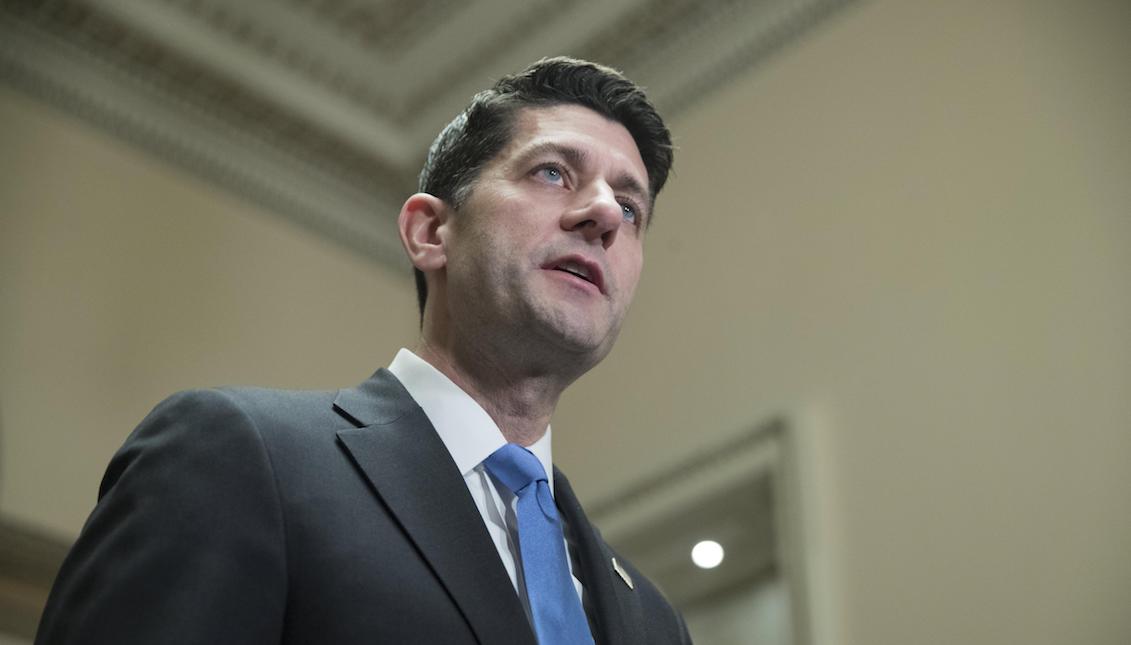 The White House spokesman, Republican Paul Ryan, speaks during a press conference after the White House passed the tax legislation for voting in the Senate as of Tuesday, December 19, 2017, at the Capitol in Washington, DC.

The US Senate has finally passed the GOP’s controversial Tax Bill, redefining America’s economy in the midst of arduous criticism and divisionism.

This Tuesday the White House will celebrate its first and only legislative achievement since the beginning of this administration.

Between divisions and internal conflicts, a Republican Party transformed into a tribe has finally succeeded in giving President Trump a legislative victory, despite the fierce opposition of the Democratic Party, the less conservative bloc and the majority of the country.

With 227 votes in favor (all Republicans) and 203 against (all Democrats and 12 conservatives), the law is now a unique event in the history of Congress, since it didn't have a bipartisan agreement, according to El Clarín (in Spanish).

The first tax reform since the Reagan era (more specifically, since 1986), is directly aimed at cutting taxes on large companies and firms, from 35% to 21%, and will add seven tax branches for individuals.

After a review of the bill introduced by the Senate, the House has voted in favor of the final text, which the GOP intends to take to Trump's desk this week, according to the Washington Post.

"This is one of the most important pieces of legislation Congress has passed in decades ... for all those millions of Americans struggling paycheck to paycheck, help is on the way," said House Speaker Paul D. Ryan (R-Wis) after the vote. "This is a good day for workers, and a great day for growth."

Between protests by activists at the doors of the organ and the absolute Democratic opposition, the real protagonists of the night were the 12 Republican representatives who voted against.

"Many in my area could face higher taxes under this plan," said Issa. "Californians have entrusted me to fight for them. I will not make the incredible tax burden they already endure even worse."

In the same way, a CNN poll showed that 55% of Americans also oppose the plan, making this project a bittersweet achievement for any political scenario.

Although the Tax Reform is a reality, the Senate will have to vote again during this Tuesday night, and the Republicans will need 50 votes to pass it.

After having expressed their doubts, both Senator Marco Rubio (Florida) and Bob Corker (Tennessee) have assured that they will support the measure, and Senator John McCain (Arizona), who is back in his state to undergo treatment against cancer, has also secured his vote in favor.