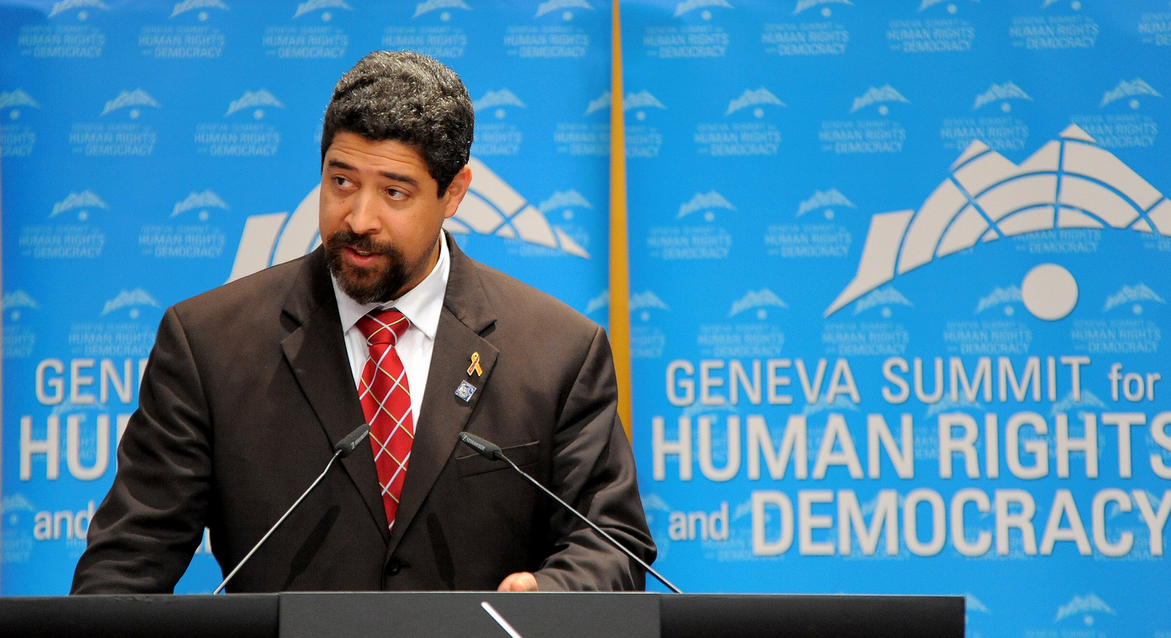 Cuba continues to be repressive

While there is a new president of Cuba, little has changed in that country when it comes to human rights and press freedom.

Cuba’s record on human rights remains the same even though the Castro brothers appear to no longer be in charge.

The House Foreign Affairs Committee held a hearing entitled “Human Rights in Cuba: Beyond the Veneer of Reform.”

The head of the committee is Aldio Sires, a Democrat from New Jersey, and this issue is personal to him.

Carlos Queseda is the Executive Director and Founder of the International Institute on Race, Equality, and Human Rights and in his opening written statement, he noted that the regime has made changes which while appearing to be reform, have only continued the repression.

“The contrived approval of the new Constitution in the February 24th referendum ushered in a new era with regard to legal guarantees for human rights in Cuba. In a calculated move to create a loophole through which it can avoid complying with international human rights treaty obligations, the Cuban government altered the text of the new Constitution to grant it supremacy over international law. This poses a challenge for work on human rights in Cuba, as the government has created for itself an easy excuse for not complying with treaty obligations,” he said in his written statement.

He noted that freedom of expression also remains repressed in Cuba.

“Freedom of expression and opinion is nonexistent in Cuba. Independent civil society organizations are not permitted to legally register, in violation of their right to freedom of association. Activists and their family members face constant psychological torture,” he stated in his written statement. “Cases of activists and their family members not receiving adequate health services are numerous. And, we just found out that private companies, such as Western Union, may collaborate with government authorities to criminalize human rights activists, in clear violation of those activists’ right to privacy. Finally, arbitrary detentions and further violations of due process guarantees are commonplace.”

Carlos Martinez de la Serna is the Program Director for the Committee to Protect Journalists, and he talked about the lack of press freedom in Cuba.

“Even as Cuba has seen some points of tight state control over media and freedom of expression loosen over the last decade, the country continues to be one of the Western hemisphere’s most difficult environments for the press. Independent and critical Cuban journalists constantly face the possibility of detention, having their homes or devices searched, their reporting equipment confiscated, and even criminal prosecution on anti-state charges. The slowly expanding influence of the internet has opened up new avenues for expression and journalistic work but has also expanded the set of tools of Cuban officials to monitor, surveil, and censor journalists, media workers, and private citizens.”

John Suarez is the Executive Director for the Center for a Free Cuba and in his opening remarks, he noted that while ostensibly Miguel Díaz-Canel is the leader, as President of Cuba, the Castro family continues to really be in charge.

“Sixty years later, Fidel Castro is gone, but his brother Raul remains, along with the Communist regime. What is called reform in Cuba has been a frog for the dynastic succession of the Castro family. Raul Castro remains in control of the government as the head of the Communist Party. His son Alejandro Castro, a colonel in the Ministry of the Interior, presided over the Cuban side in the negotiations to normalize relations during the previous administration,” Suarez said.

He also noted that Raul Castro presided over the new constitution, which Suarez said enshrined the continuation of one party rule, the Communist Party, which continues to be the only legal party in Cuba.

When Joaquin Castro, a Democrat from Texas, asked questions, Suarez reiterated his point.

Castro asked, “How has governance changed, if at all, since the Castro regime, and who is in charge now?”

“With regards to who’s running Cuba: Raul Castro. Under the Cuban system, the head of the Communist Party is the ultimate authority,” Suarez responded.

Congressman Christopher Smith is a Republican from New Jersey and in his question period he noted that he has been able to visit the worst prisons in some of the most repressive regimes.

“I go to prisons all over the world. I’ve been to prisons in Indonesia, China, Beijing prison number one, where the Tiananmen Square activists were, the Lefortovo camp thirty-five, the infamous prison where Natan Sharansky was in the 1980s. I can’t get into a prison in Cuba,” Smith said.

He noted further that Fidel Castro referred to him as a “provocateur” for trying to visit Cuban prisons.

“The International Committee of the Red Cross, the last time they were able to visit a Cuban prison was in 1989,” Suarez noted.