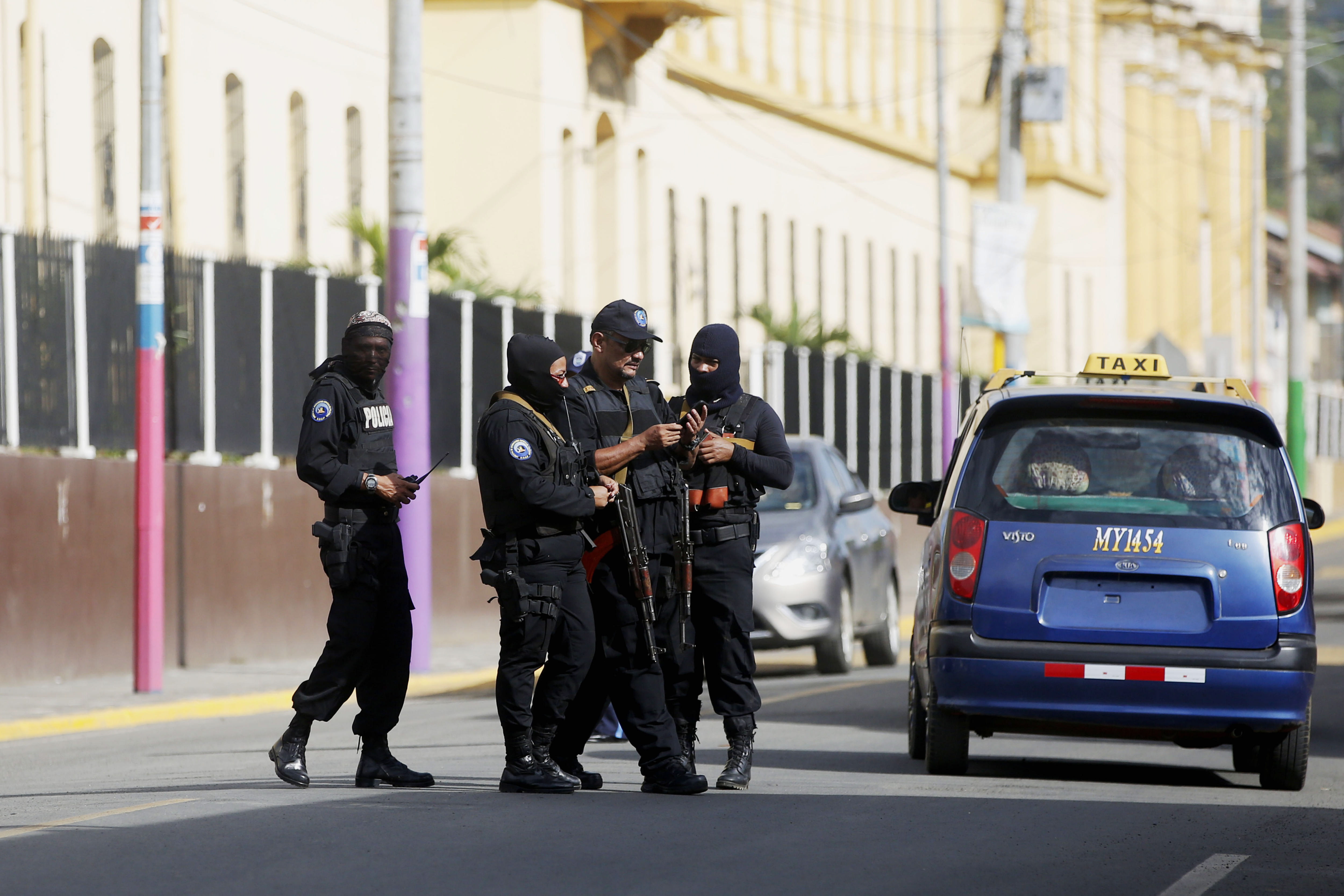 A group of riot police remain in a street that leads into the Monimbo indigenous neighborhood, in Masaya, Nicaragua, Aug. 04, 2018. EPA-EFE/ESTEBAN BIBA

Several reporters have been captured and assaulted during the protests in Nicaragua, in which, to date, 317 to 448 people have lost their lives.

Riot police cracked down on anti-government marches being held in several cities in Nicaragua on Saturday, forcing protesters to alter their routes, including their starting points, and barred foreign journalists from covering the protests.

The journalists were stopped from entering the indigenous neighborhood of Monimbo, in Masaya locality, a team of ACAN-EFE on the ground reported.

"You cannot go here, go to the park and shoot there," said a police officer, when asked about why the journalists were being prevented from accessing a street that was a part of a common transit in the city.

Several reporters have been captured and assaulted during the protests in Nicaragua, in which, to date, 317 to 448 people have lost their lives.

Angel Gahona, who ran an independent news channel, "El Meridiano," and who has been diligently documenting the protests and crackdowns on social media was shot dead on Apr. 21.

Protests against President Daniel Ortega, who has been accused of corruption and abuse of power, started on Apr. 18 over a set of social security reforms and have led to repeated calls for him to step down.