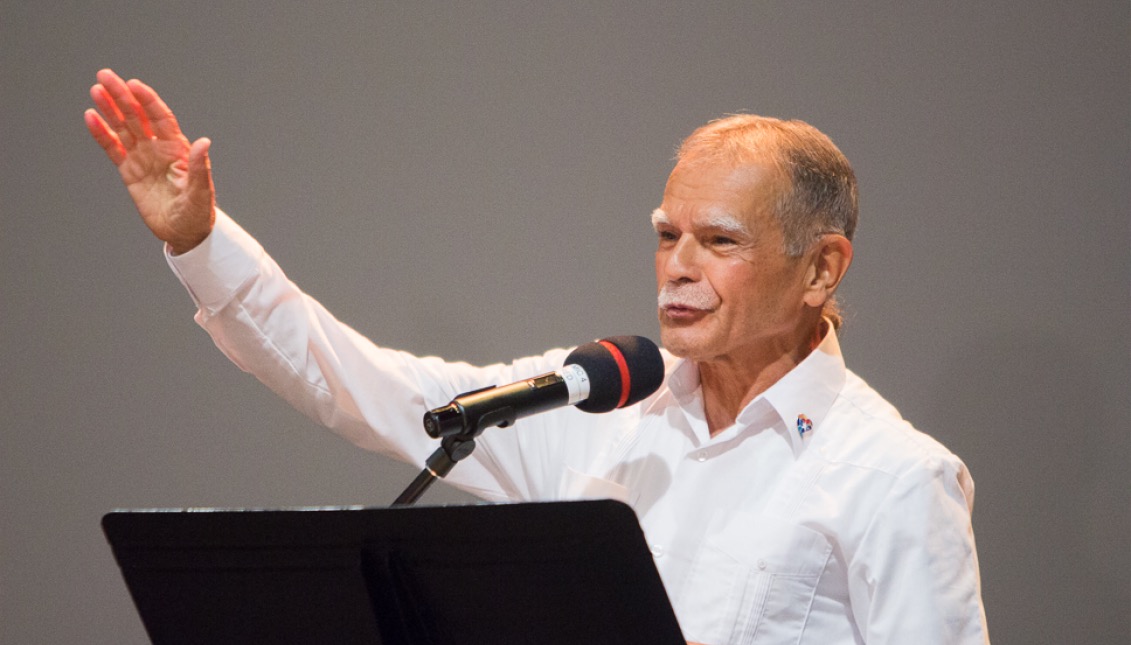 Óscar López Rivera during his visit to Philadelphia on September 18 in Taller Puertorriqueño, where more than 300 people met among political leaders, members of the community and sympathizers. Photo: Edwin López Moya / AL DÍA News

"Colonialism is a crime against humanity": Óscar López Rivera

Four months after Óscar López Rivera regained his freedom - after spending more than 35 years in prison - the social leader and symbol of the Puerto Rican independence struggle set foot on Philadelphian soil to meet with his community in the north of the city.

The meeting was held at the Taller Puertorriqueño, where on Monday, September 18, more than 300 people gathered to meet who was a myth for a long time. The man most of whom knew through photos was there in flesh and blood covered by the halo of reverence that men earn when they dedicate their lives to a just cause. 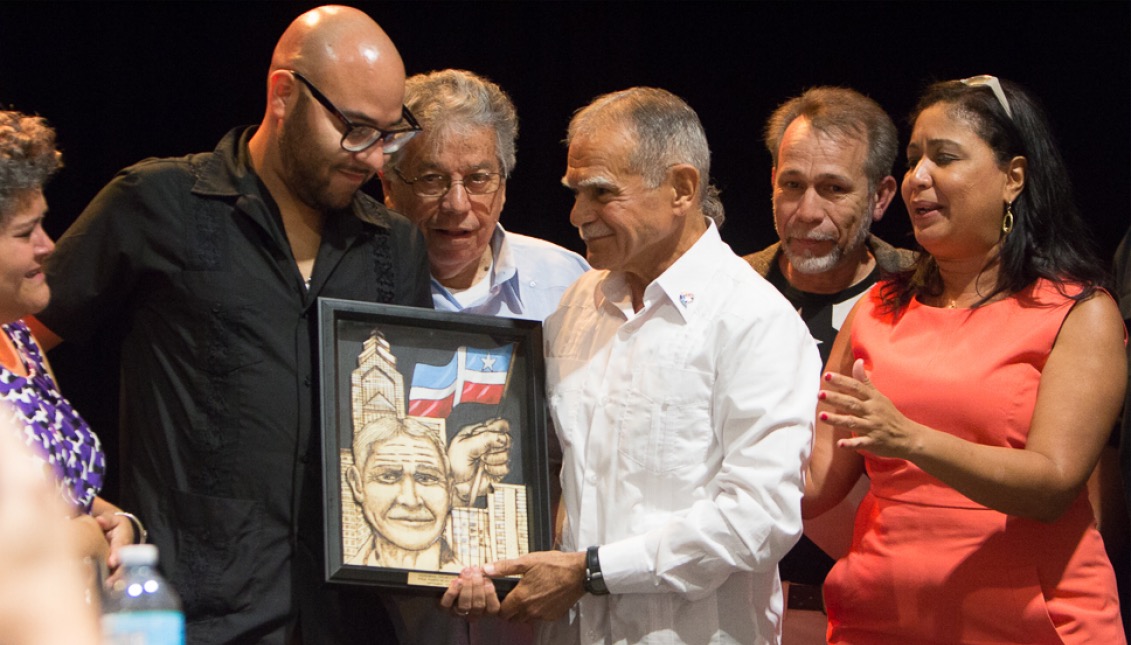 An exact minute of massive applause welcomed him to the stage. "This is a very humbling and yet very very moving moment. I am profoundly grateful to all of you. It is an amazing experienced [to be here in Philadelphia," were the first words of López Rivera.

The one who became the oldest political prisoner in the world and, for many, “el Mandela latinoamericano", began his speech recalling how he joined the cause of independence in his country.

"I came into the movement as a Puerto Rican who heard the voice of a Puerto Rican woman saying ‘I came to Washington not to kill anyone but to give my life for Puerto Rico’.” Lolita Lebrón pronounced these words during her trial in 1954, along with her companions Rafael Cancel Miranda, Edwin Flórez and Andrés Figueroa Cordero. 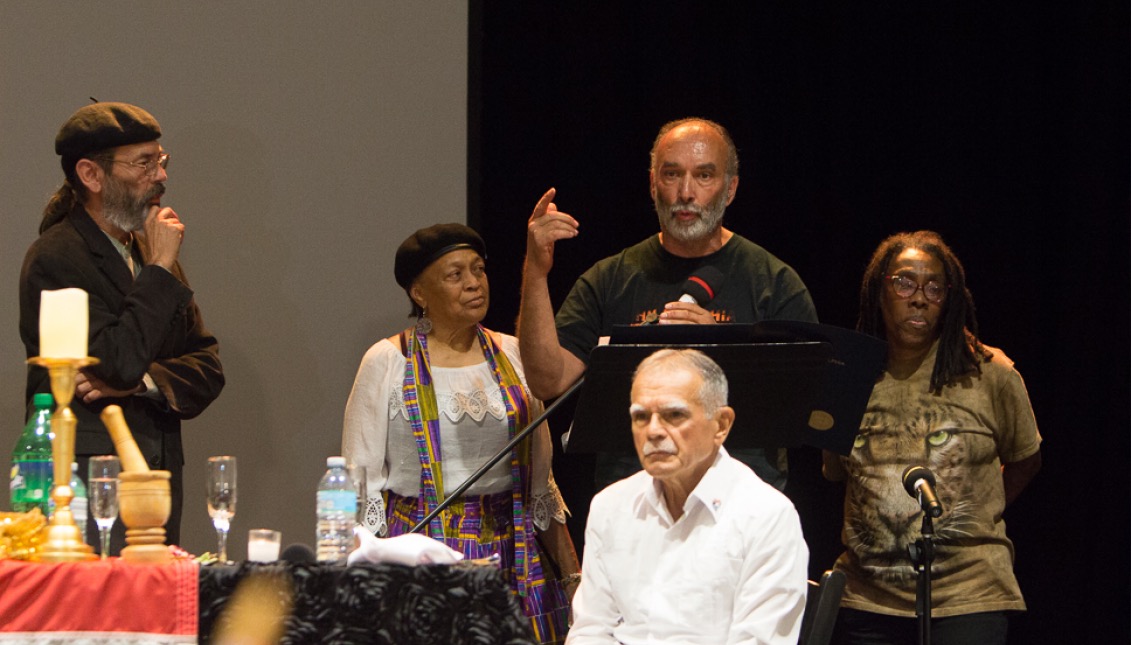 Those same words were a revelation to Lopez Rivera: no one who considers himself a free man can live without his country. Since then, he has followed that north without letting anything bend his revolutionary spirit. “[Today] my honor and my integrity are as strong or stronger than the day that I was put in prison," he said.

López Rivera (74) is one of those radicals - a man of deep and structured ideas - whose philosophy doesn’t prevent him from building bridges of understanding towards political sectors with which he doesn’t agree. His message in Philadelphia was a call to face colonialism as what it is: "a crime of against humanity."

"We don’t need anything else but to act united, and we can do it independent of our ideological differences, independent of religious preferences, even in despite whatever prejudices we have, even racism that still prevails in Puerto Rico, we can do it because we can transcend those few things that prevent us from coming together.”

López Rivera referred to other moments in which the bulk of the Puerto Rican people have joined, as in the case of Vieques or the release of political prisoners.

"If we love Puerto Rico as much as I think we do, then it shouldn’t be that difficult to do everything we can to decolonize Puerto Rico," he said.

The independence leader said he finds a great source of hope in the faces of hundreds of young Puerto Ricans who have found themselves in the United States and on the island ready to follow the struggle that his comrades have been leading since the last century.

“People think that on September 23, 1868 we were defeated. But we were not defeated. Because the seed of doctor Ramón Emeterio Betances, and those who were with him at the time, the seed that they saw has produce a lot of Puerto Ricans who are willing to give their life for our homeland,” he said. 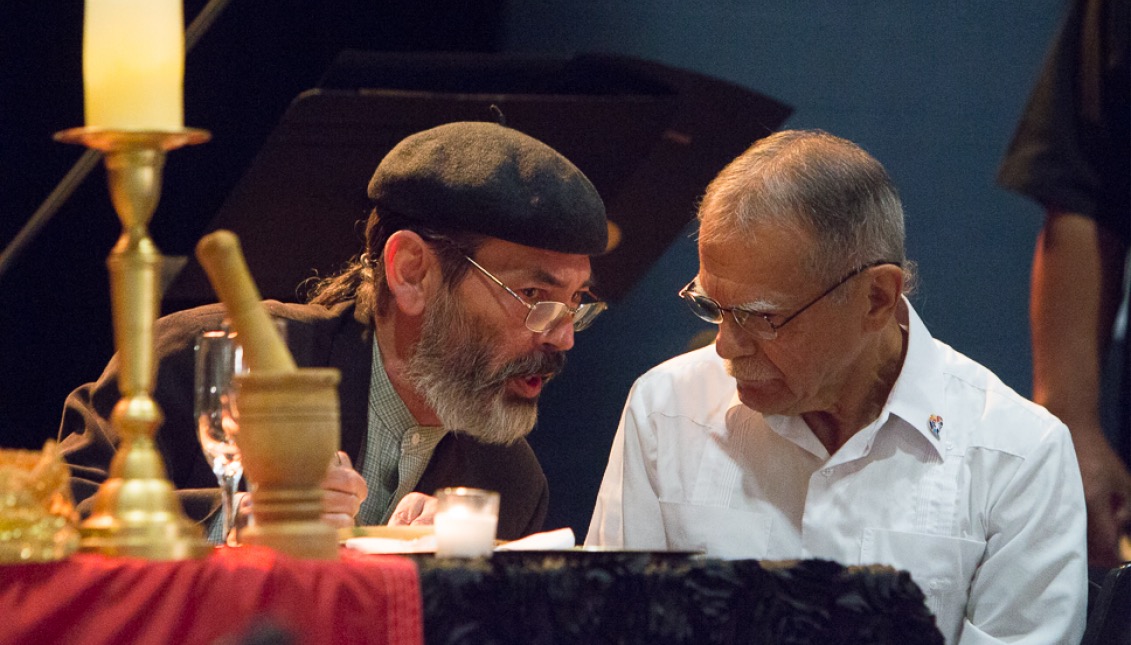 The independence leader also called on the boricua community of Philadelphia, part of the Puerto Rican diaspora in the United States, to see the island "as our promised land, our place on earth."

The day ended with the whole audience singing – with a fist in the air - La Borinqueña, the poem of Lola Rodríguez de Tió, adopted as a national anthem of Puerto Rico by the pro-independence activists.