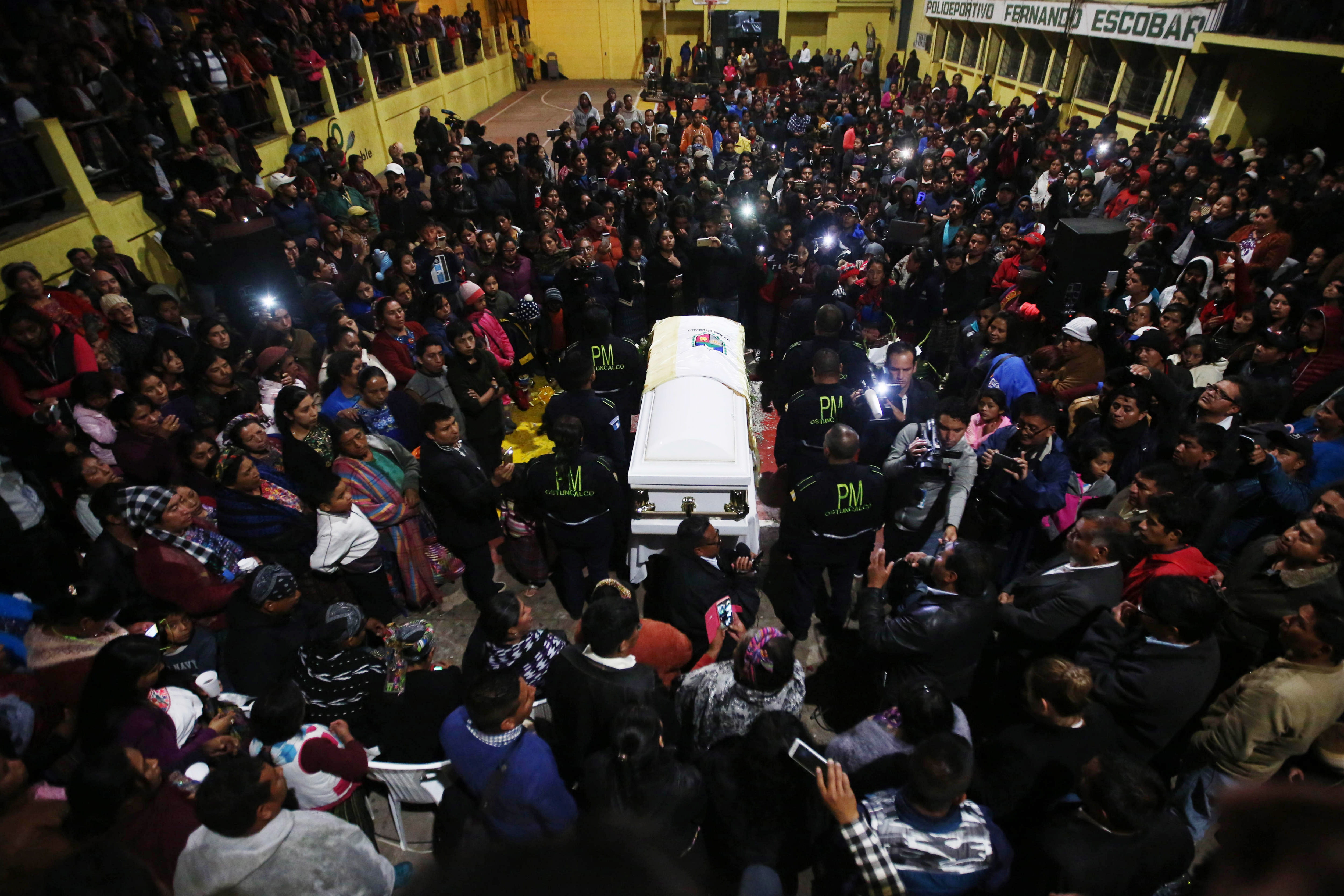 The body of Claudia Gómez returns to Guatemala

Claudia Gómez, a Guatemalan migrant, was killed during a U.S. Border Patrol operation in May.

A caravan carrying the remains of Claudia Patricia Gómez Gonzalez, a 20-year-old Guatemalan woman who died late last month in a United States Border Patrol operation, arrived in her hometown after a seven-hour journey from Guatemala City.

Upon the arrival of the body Thursday night in San Juan Ostuncalco, located in the western Guatemalan province of Quetzaltenango, hundreds of people gathered at the central park and town hall to express their anger regarding her May 23 death.

The local government paid tribute to Gómez and announced that economic assistance would be provided to her family, made up of her two brothers and her parents, Lidia Gonzalez and Gilberto Gomez.

One sign at the gathering said, "Guatemala is in mourning, waiting here for the body of Claudia Gómez. We want justice."

Gomez's body arrived at midday Thursday at Guatemala City's La Aurora International Airport and was received by the woman's parents.

Deputy Foreign Minister Pablo Garcia said at a press conference in the capital that Gomez was with three other Guatemalans when she died, adding that those individuals were witnesses to her death and cannot be deported from the U.S. "while the investigation process is ongoing."

The four Guatemalans were traveling with a group of migrants from other countries but "separated from the rest" after crossing the U.S.-Mexico border, he added.

Referring to a video that a woman recorded and posted on social media and which shows her berating a Border Patrol agent and accusing him of killing Gómez, Garcia said it allowed authorities to become aware of the incident and would be among the evidence in the case.