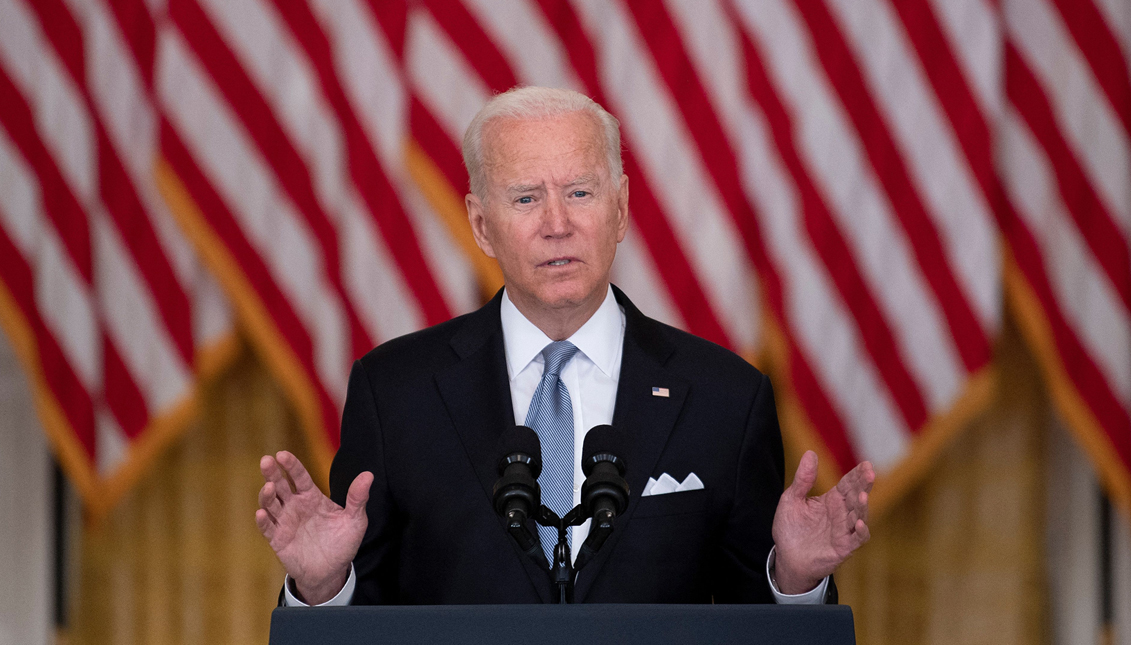 Five quotes from Biden's speech to understand the crisis in Afghanistan

As the world is puzzled by the Taliban's return to power, Joe Biden defended his decision to leave Afghanistan.

This Monday, President Joe Biden gave a speech to defend his position on the withdrawal of forces deployed in Afghanistan and the Taliban's rapid advance to seize power in the last hours.

1. "Americans should not die in a war that Afghans are not willing to fight for themselves."

As thousands of people were trying to escape by boarding planes taking off from Kabul airport, Afghan President Ashraf Ghani had already fled the country to "avoid a bloodbath."

After twenty years of US troops occupying the country, neither nation building nor ending the Taliban was achieved.

What the events of the last few hours show is that the Taliban is even stronger than it was two decades ago and that the deaths of more than 2,500 U.S. troops in Afghanistan were in vain, as the opponents of the invasion declared during these years.

3. "I will not pass this responsibility to a fifth president."

Since 2001 there have been four presidents who have had to deal with the hot potato of whether or not to deploy more troops to Afghanistan.

The invasion of Afghanistan was part of the so-called war on terror, with which the administration of then President George W. Bush attacked Iraq to defend the country after the attacks of Sept. 11, 2001.

The Taliban and Al-Qaeda ended up being part of the same terrorist package that had "taken over" the Middle East and that had to be annihilated to save the world from the Islamic and terrorist influx.

4. "I have been clear: human rights must be at the center of our foreign policy, but the way to do that is not through endless military deployments."

Biden assured that 6,000 troops will be in the country to assist the departure of U.S. administrative personnel and allies, and also to help reach safety outside Afghanistan for those at risk under the Taliban regime.

5. "The truth is that everything unfolded faster than anticipated."

For analysts, politicians and detractors, the troop withdrawal strategy taken by the government was misguided and is putting millions of people at risk.

For many experts, what happened in Afghanistan is the worst foreign policy decision of his administration, despite his deep experience in the matter from his years as a member of the Senate International Relations Committee.