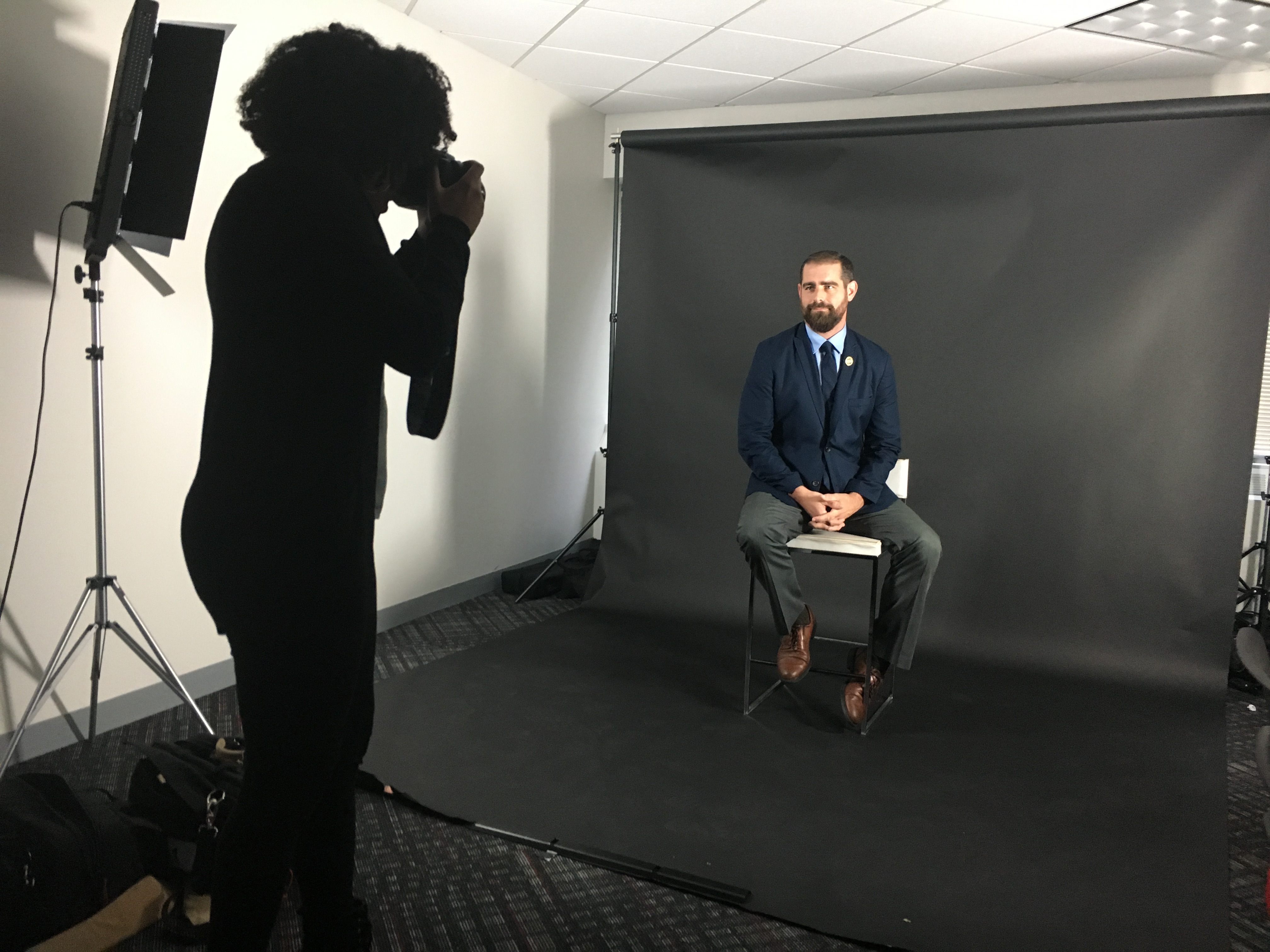 Behind the scenes with Brian Sims

In an exclusive interview with AL DÍA News, PA State Rep. Brian Sims spoke about his past and looks to the future.

No stranger to the spotlight, Pennsylvania State Representative Brian Sims is well-known as a pioneer. As the first openly gay representative in the PA legislature, Sims is no stranger to being outspoken on unpopular issues. From equal pay rights for women to comprehensive immigration reform, Sims has been a voice of dissent in the state legislature that is known for being a place run by conservative values.

But Sims is not only a dynamic politician willing to reach "across the aisle" on issues that matter to him, he's also an icon in the LGBT community.

Most recently in the news for calling a Facebook troll's grandmother, Sims has repeatedly received national attention, a fact that he recently received local backlash on.

You're the only "out" gay representative in the Pennsylvania legislator. Is it hard to balance being there for your district and the community as a whole and also being a sort beacon or guide for the LGBT community?

I don't think it's extra difficult because A, I've never known any better and B, because in many ways the colleagues I'm most inspired by the legislators I'm most inspired by - besides doing really great work in their district, and over the years the amount of services I provide my constituents has grown exponentially. My first year in this job, the state was reporting that we were doing eight times the number of constituent services that had been done before I got in the office so that's the root of the work. But my favorite legislators, since they got in the office, had issues they are champions of. [..] I'm very proud of the civil rights work I get to do. It's not a burden in anyway. It is a big part of what compelled me to do this job.

Is it important to you to continue your activism even while in office?

It is - only because these laws and rights and protections don't exist. IF I were championing issues that already existed it wouldn't be activism. It would just be "being a champion of issues." The reason it's activism is because these things don't exist and we the people have the power to make them exist. And especially, my legislative colleagues are the people that can do it. It's seen as activism because we are strident in our demand for equality and because we currently lack equality. If we were all fighting for superior pay for men, it would be activism because it already exists. We're fighting for pay equality, we're fighting for intelligent borders, we're fighting for a police force that's on our side, so it's seen as activism.

You've been outspoken on equal pay rights, an issue that is currently being fought over in Philadelphia. What is the importance of equal pay?

We have the benefit of being in the best county in Pennsylvania for Fair Pay and it's 83 cents to the dollar for the average. [...] But when we talk about Fair Pay for Latinas it drops off dramatically. And in Philadelphia, we're in the best place in the entire state for it and that's where we're at. There are [places] in Philadelphia where the average woman earns 54 cents to the dollar. Now aside from being morally wrong, aside from breaking the promise of our constitution that we'll all be treated equally under the law, that is an economic travesty. And part of the reason is that single mothers, and women in general are massive contributors to our economy. Single mothers make up 64 percent of single parent households, wives contribute 74 percent - or the bottom line of 74 percent of households. Underpaying them is underpaying all of us.

Who is endangering democracy?
February 7th, 2022
Crisis in Honduras: Five moments to understand the current political division
January 25th, 2022
Celebrities that go from the screen to politics
December 14th, 2021

Often in Philadelphia, the political rhetoric is positioned as Harrisburg vs Philly, do you feel that?

Every moment that I'm in Harrisburg, I feel an anti-Philadelphia sentiment. Philadelphia makes up almost a quarter of the democratic caucus and yet we only have one member of leadership in the democratic caucus from Philadelphia. [...] The entirety of our leadership from both houses is made up of white cis gender rural men. [...] For the most part of the leadership of our parties in the legislature is made up of people who don't understand those of us who choose to live urban environments, those that are empowered by the diversity urban environments and so they attack it. Which is foolish because we are the economic engine of this state. This state brought in 30 billion in revenue - 10 billion of that comes from Philadelphia. That's why I wasn't quiet when I saw those foolish sanctuary cities bills that could cut up to 600 million in funding from Philadelphia. I think ok we should without our 10 billion dollars worth of funding from Pennsylvania.

Speaking about the disconnect, I saw that you were outspoken about Senate Bill 300, one for which the sponsor said he had no idea what Planned Parenthood did.

That's the type of cognitive dissonance that floats through our legislature unchecked.

You say you encounter this every day, what is the source of the resolve you have to have to speak on these issues in that environment?

It's not resolve, it's a massive amount of privilege. To be entirely honest about it, don't get me wrong, I do feel like I have resolve and I feel that resolve is tested often but I think the thing about it is the massive amount of privilege that I have. The average legislator that needs to hear everything that we probably agree on looks just like me. Not only does that mean it's more my responsibility to address it, but there's this really insidious thing about privilege, especially when it comes from white men and it's that they are more inclined to hear things that challenge their belief systems from people who look just like them than people who might know the information better. There are multiple messages I give a day that are better given by an immigrant, that are better given by a person of color, better given by a woman, better given by a person that has lived a life very different than my own. [...] I think if you're going to have the type of privilege that I have you better use the hell out of it, and I do. And it's not something that I need to be thanked for.

The executive order only affects a subset of people that do business with the state and it's the best he can do. I'm a huge fan of the governor for doing this. But this executive order does not impact the vast majority of workers in the state and absolutely I think it's imperative and for a number of reasons. I was lucky enough to be born in a country and live in state that promises me that I won't be treated differently based on anyone's selective interpretation of their own faith. And yet, there are really no non-faith arguments against full equality in this country or in this state. They have been encouched in other terms [...] but the truth of the matter is the only arguments and the only people arguing against full equality in the capital do so under the shroud of Christianity. If you think about it, every Fortune 500 company, and there are 26 of them, has a LGB and T inclusive policy. They've done it because it is right for their employees, it is right for their customers, and they want people to know that. And they are right for people to know that. A vast number of Pennsylvanians support this.