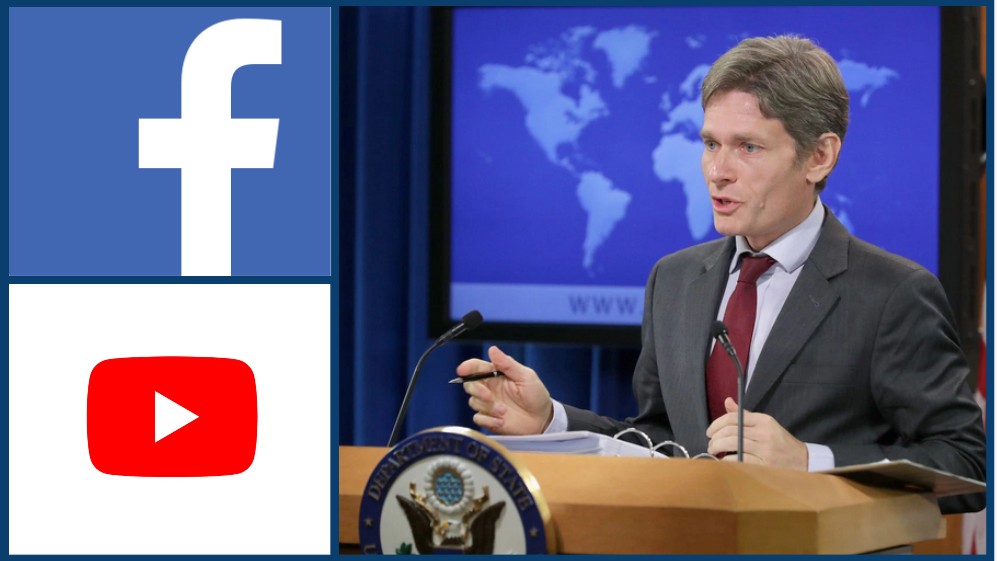 What is PADAA? The House bill set to crack down on social media algorithms that spread extremist content

The legislation is set to be reintroduced by Reps. Tom Malinowski and Anna G. Eshoo.

On Friday, March 26, Democratic Rep. Tom Malinowski will host a virtual forum to hold an important dialogue on the threats of online extremist culture, and how to guard against them.

Join Tom for a virtual forum to discuss the threats posed by white nationalism, anti-Semitism, other forms of extremism online, and how to guard against them.
RSVP: https://t.co/qpyoMA7PEh pic.twitter.com/ULfsIO4HK1

Malinowski and Eshoo are reintroducing it in the House this week.

The representatives originally introduced the amendment to Section 230 of the Communications Act of 1934 in October 2020.

The title of the bill is a bit misleading. The bill doesn’t claim that there is inherent danger to social media algorithms. It simply seeks to prevent them from being used to share extreme speech that could lead to destructive, real-life consequences.

Section 230 of the Communications Act prevents Internet providers of interactive computer services, such as social media platforms, from being treated as the publisher or speaker of user-generated content, while granting them the freedom to govern their services.

The PADAA would modify this section to treat platforms as the speakers of algorithmically-selected user speech. It serves to assist lawsuits in holding platforms responsible for acts of terrorism or failure to prevent civil rights violations.

The bill would remove Section 230’s protections from a platform if they use an “algorithm, model or computational process to rank, order, promote, recommend, [or] amplify” user-provided content.

When President Joe Biden stepped into office, he promised to prioritize alleviating the threats of political extremism, white supremacy, and domestic terrorism. These issues are also on the top of Rep. Malinowski’s list.

In a conversation with NJ Spotlight News, he insisted that any national reconciliation “must begin with accountability.” This translates to criminal justice for the violent mob that stormed the Capitol building on Jan. 6, as well as any cops or members of Congress who may have colluded with them.

Malinowski also stressed that unity will never be achieved unless there is a “duty of candor,” as lawyers often call it. He said that public officials, media outlets and ultimately the public, half of which relies on social media for news, will require honest discourse, and an “allegiance to the truth.”

Deplatforming QAnon — restricting social media access for some content — should have happened sooner, says former DHS official Elizabeth Neumann, who worked on domestic extremism issues for the Trump admin. “That's part of the big lessons out of 2020.” https://t.co/XL7j1ysycg pic.twitter.com/hpkRNEaUeS

During a recent webcast, Rep. Malinowski addressed his constituents, and offered some pointed rhetorical questions.

His answer? Unity needs to center on respect for the law and rule of law, the Constitution, free and fair elections, and telling the truth. Malinowski said he was very frustrated with many of his colleagues who are convinced that they believe in the above-mentioned ideals, but have actually endorsed several right-wing conspiracy theories, including that the election was stolen from Trump.

A recent Washington Post/ABC News poll reported that 8% of adults and 15% of Republicans supported the “actions of people who stormed the Capitol … to protest Biden’s election.”

“In response, online groups with WRMEs (white racially motivated extremists) from around the world discussed and shared several third-party platforms they could move to in order to face less regulation of their content,” the office said.

On Friday, March 19, the White House announced that President Biden has directed intelligence officials and law enforcement to begin studying and documenting the threat of domestic violent extremism in the U.S.

Joe Biden: Domestic terrorism is the "greatest threat" to the United States.

Malinowski, in reintroducing the PADAA, wants to cut off extremist thought from spreading right at its source, on social media platforms. In his view, social media is “designed” to radicalize everyone in the U.S., referring to the data that platforms collect on our likes, dislikes, values and ideologies.

“If you’re on the left, social media knows it, and it’s going to give you more and more extreme versions of the left-wing ideas you already espouse. If you’re on the right, the same thing happens. It’ a machine designed to accentuate everybody’s likes, hates and fears,” he explained.

A growing number of extreme domestic groups have flourished online, like QAnon, the Proud Boys, and more, all of whom feverishly supported Trump’s futile attempts to reverse Biden’s election. In his tweets and remarks, he encouraged conspiracy theories, including one that predicted he would win by a landslide, and that Democrats and others would try to steal the victory from him.

“In many ways, it was the easy way out,” he said bluntly.