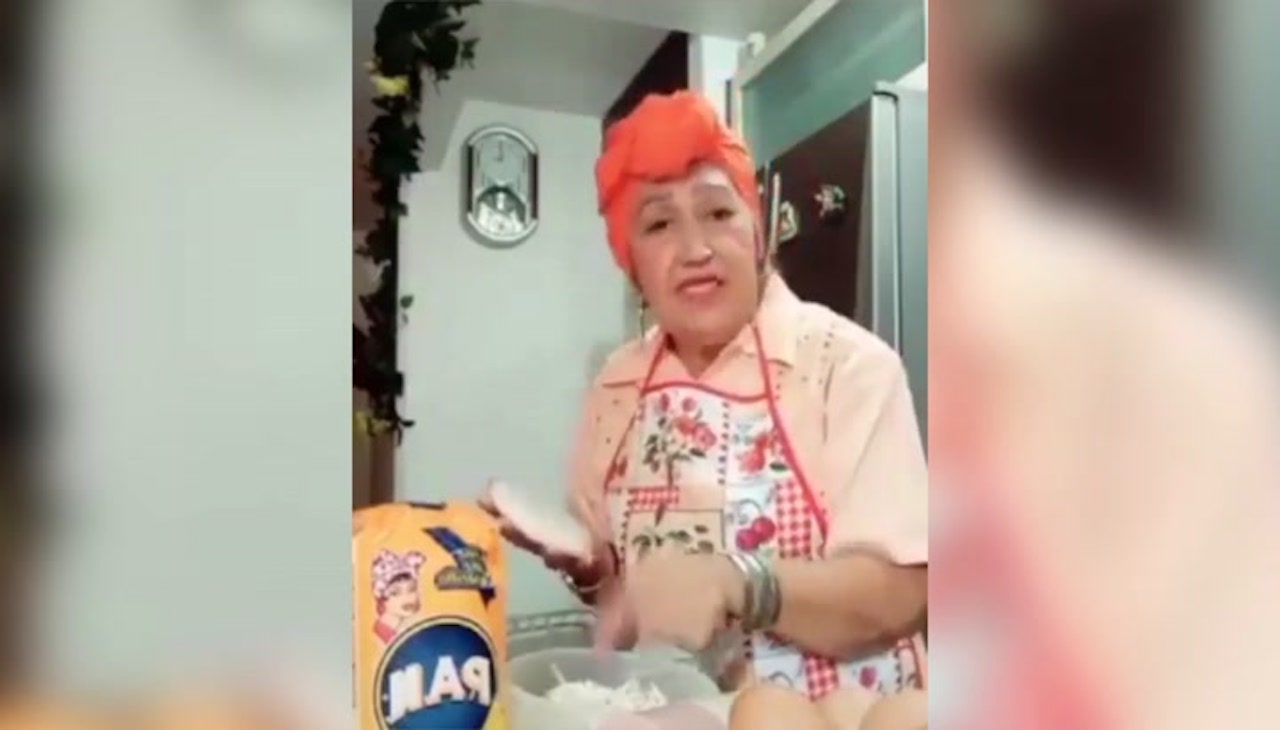 Olga Lucila Mata de Gil has since apologized, but the move by authorities has brought worldwide condemnation.

Venezuela woman Olga Lucila Mata de Gil has found herself in trouble with the law after her TikTok video mocking the country’s government led to her arrest for terrorist-related crime.

In the now-deleted video, which only lasted 21 seconds, a woman asks Mata de Gil what arepas are available, Mata de Gil responds by naming the arepas after Venezuelan politics, in a joke that highlighted the frustration citizens feel with the increasingly authoritarian government.

First she said that the “Tarek William Saab,” named after the country’s attorney general, is filled with huevo, a word in Spanish that literally means eggs but can is also used in slang to represent male genitalia.

This was a reference to the controversy that arose when Saab fired his deputy after she alleged that she found him having sex with men in his office. Saab has denied these accusations.

Next, Mata del Gil said the “Hugo Chávez,” the country’s former President who died in 2013, is filled with mortadella, which sounds like muerto, the Spanish word for dead.

The “Diosdado Cabello,” the arepa named after Venezuela’s former vice president and National Assembly member, is filled with perico, a slang word for cocaine, which hints at Cabello’s alleged involvement with drug-trafficking.

Cabello is wanted by the U.S. Department of State and has a federal indictment on drug-related charges.

But the moment that inspired Mata de Gil’s arrest was her final line, where she said the arepa named for the first lady Cilia Flores is a “viuda,” an arepa without stuffing.

“But she’s not a widow yet,” the woman filming the video said.

Mata de Gil shrugged and said: “Well, but that’s what we all wish for.”

In a tweet announcing the arrest, Saab accused Mata de Gil of encouraging the “assassination of public figures.” He also said that her son, Florencio Gil, had been arrested earlier in April and is facing the same charge. It’s still unclear what his role in the video was.

Mata de Gil’s video quickly went viral in the country, which is still in a deep political, economic, and humanitarian crisis. The charges against Mata de Gil have now sparked a national outrage against censorship.

The country’s independent journalists operate under highly restrictive laws and regulations, and often risk arrest and physical violence in connection with their work. Much of Venezuela’s newspapers have shut down completely or have moved exclusively to digital format, where they are frequently blocked.

Melba Escobar: "Those who remain are always talking about those who left, as if they had died"
June 30th, 2022
'When we were happy but didn't know it': Chronicling day-to-day life in Venezuela
June 13th, 2022
The U.S.’s Venezuela visit bears fruit, as two detained Americans get released
March 9th, 2022

In July 2020, political scientist Nicmer Evans was arrested and accused of “hate speech” over comments on social media that were critical of Maduro’s policies.

In 2017, Maduro’s government, which is not acknowledged as legitimate by the U.S. and a few other countries, instituted the Law Against Hatred, which prohibited the promotion of “fascism, hatred, and intolerance.” If in violation of the law, citizens could face up to 20 years in prison.

In 2018, a group of firefighters were detained and charged with inciting hatred over a video in which they compared Maduro to a donkey. A few months later, the men were released under several restrictions, including the use of social media.

“Recording and broadcasting a video exercising your right to freedom of expression in its individual and social dimension, through humor, is not a motive for arrest nor is it a crime,” Espacio Público, freedom-of-speech organization tweeted on Monday, April 18.

The organization has documented 246 cases of attacks against free speech in 2021. At least 35 people were arrested for “seeking, receiving or dissemination information,” including five who shared information on social media.

On Monday afternoon, after Mata de Gil’s case started gaining popularity online, Saab posted a video of the 72-year-old’s public apology for “calling for” Maduro’s death,” and saying that she had been freed “under preventative measures,” until her trial starts.

International organizations like the United Nations and human rights groups have accused Venezuela of forcing detainees into forcing fake confessions.

“It wasn’t my intention. It was humor. It was copied from another,” Mata de Gil said  before the video abruptly cut off.