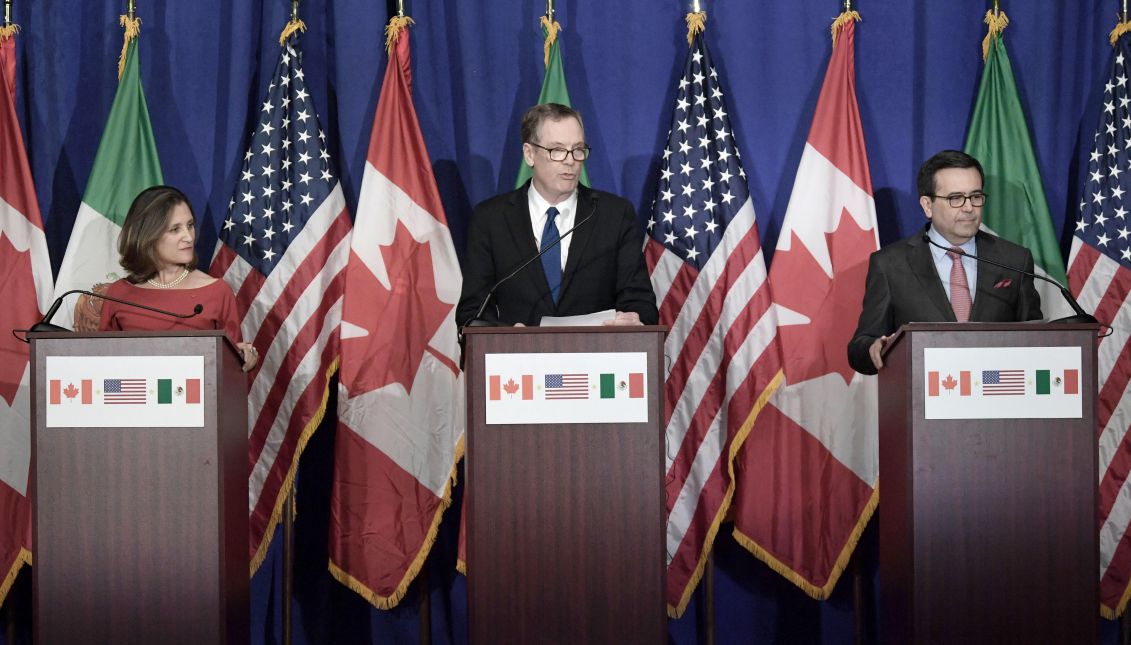 The Spanish newspaper El País highlighted yesterday the existence of an internal document of the White House that links NAFTA to more infertility, crime, drugs…

Unable to reach a consensus, negotiations on the free trade agreement between the US, Mexico and Canada (NAFTA) will be extended for another year.

This was confirmed by representatives of the three member countries from Washington DC, where they met to discuss the future of the agreement, in force since 1994, and which President Donald Trump threatens to break.

Despite the differences between the three powers, the rulers are “ready to build bridges and assess the different proposals on the table," US Trade Representative Robert Lightier told reporters after the meeting.

Since taking office in January 2017, President Trump has criticized NAFTA, claiming that it poses economic disadvantages for the US and encourages the loss of jobs, in line with his "America First" speech, which promotes economic protectionism and nationalism.

"NAFTA has meant a huge trade deficit for the US and the loss of thousands of jobs in the manufacturing sector. The agreement needs to be readjusted," Lightizer said.

The Spanish newspaper El País highlighted yesterday the existence of an internal document of the White House that links the NAFTA to more infertility, crime, drugs and abortions. The document, revealed by The Washington Post, was distributed by White House commercial advisor Peter Navarro and doesn’t quote sources or studies in its arguments.

"As in a pocket apocalypse," El País describes, "the incendiary report stated that a weakening of the manufacturing sector would not only lead the United States to close dozens of factories and reduce wages but also mortality, increased use of opiates, divorce, abortions, crime, imprisonment, child poverty, gender violence, infertility, etc. "