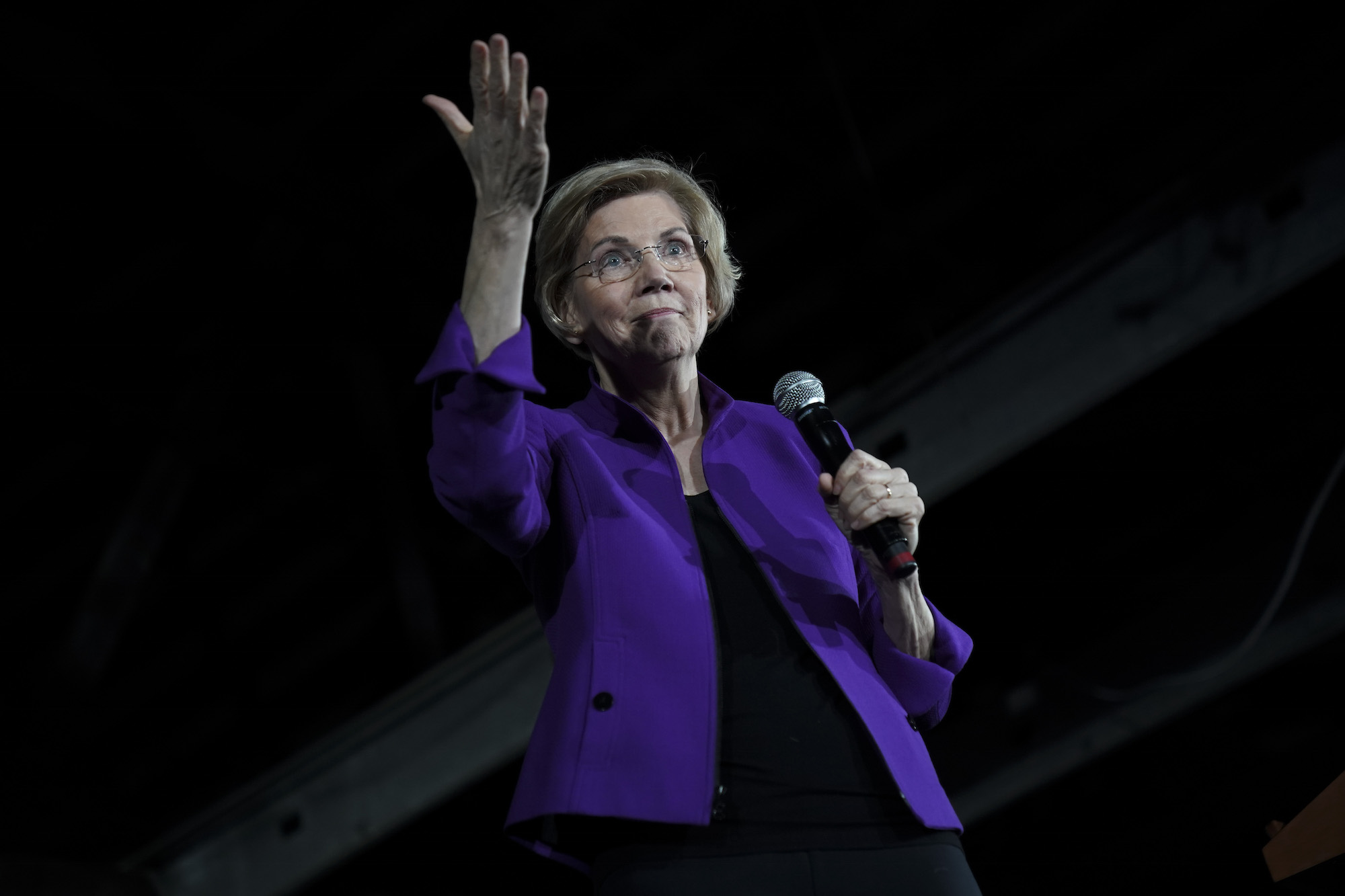 Sen. Elizabeth Warren (D-MA), one of several Democrats running for the party's nomination in the 2020 presidential race, speaks during a campaign event, March 8, 2019 in the Queens borough of New York City. Photo: Drew Angerer/ Getty Images.

The Amazon Clapbacks: A slippery slope of fact-checking

Amazon has responded on Twitter to certain Democratic politicians attacking them. But it has never responded to the president’s critiques.

Amazon is fed up with Democratic politicians slandering its name. In a tweet yesterday from the company’s news account, Amazon responded to comments made by Rep. Alexandria Ocasio-Cortez in an appearance on ABC.

Ocasio-Cortez was addressing a question about the morality of an economic system where billionaires exist when she mentioned Amazon’s Jeff Bezos status as a billionaire is “predicated on paying people starvation wages and stripping them of their access to health care,” — a jab at the company’s history of underpaying its workers.

.@AOC is just wrong. Amazon is a leader on pay at $15 min wage + full benefits from day one. We also lobby to raise federal min wage. https://t.co/crWp5fPEzS

1 in 10 of Amazon’s Ohio employees were on food stamps after the company opened fulfillment centers in the state.

Rep. Ocasio-Cortez is not the only Democratic politician to face an Amazon clapback. A week ago, former vice president Joe Biden also faced Amazon’s wrath after he called the company out in a tweet, citing a New York Times article detailing a report of 60 Fortune 500 companies who paid no federal income tax in 2018. Amazon was by far the biggest beneficiary, raking in over $11 billion.

We’ve paid $2.6B in corporate taxes since 2016. We pay every penny we owe. Congress designed tax laws to encourage companies to reinvest in the American economy. We have. $200B in investments since 2011 & 300K US jobs. Assume VP Biden’s complaint is w/ the tax code, not Amazon. https://t.co/uPUv1Tzlma

Amazon’s answer was the equivalent of the age-old sports saying: “Don’t hate the player, hate the game.” When applied to tax code, the old adage has more sinister undertones considering who’s actually subject to those codes — everyday Americans.

In April, Elizabeth Warren also called Amazon out for its monopolizing tendencies, vowing to break it up if she were elected president.

We don’t use individual sellers’ data to launch private label products (which account for only about 1% of sales). And sellers aren’t being “knocked out” – they’re seeing record sales every year. Also, Walmart is much larger; Amazon is less than 4% of U.S. retail. https://t.co/5wXTfaAHuN

For the record, e-commerce now makes up 14.3% of all retail sales in the U.S. Amazon accounts for 40% of all e-commerce sales, which is not far off its ownership estimate of under 4% of the total retail market (5.6%).

What Amazon’s tweet doesn’t address is the future of e-commerce sales, which has grown exponentially in the past couple years. In the U.S. alone, revenues grew 15% between 2017 and 2018. With Amazon still holding by far the biggest share of the e-commerce market, it is in the driver’s seat to dominate.

“Amazon is simply correcting the record when high-profile candidates or elected officials make statements about the company that are either incorrect or misleading,” a person familiar with the company’s thinking told The Washington Post.

The problem with Amazon deciding to fact-check now is a question of its motives.

The Post also pointed out how previous attacks against the company from the president were never called out.

In July 2018, President Trump tweeted an attack on the Amazon-owned Washington Post that accused it of lobbying for the tech giant.

....In my opinion the Washington Post is nothing more than an expensive (the paper loses a fortune) lobbyist for Amazon. Is it used as protection against antitrust claims which many feel should be brought?

The newspaper responded with an article fact-checking the tweet, but Amazon declined to comment. If Amazon uses the article as a response, it goes against the company’s agreement to operate independently from The Post.

Other tech companies like Facebook and Google have never jumped into the social media fray. Amazon has also shown a tendency to respond to those who would more than likely support antitrust legislation to break the company apart — especially Warren and Ocasio-Cortez.

Whether Amazon like it or not, antitrust legislation is looming in the US for all of the technology giants.