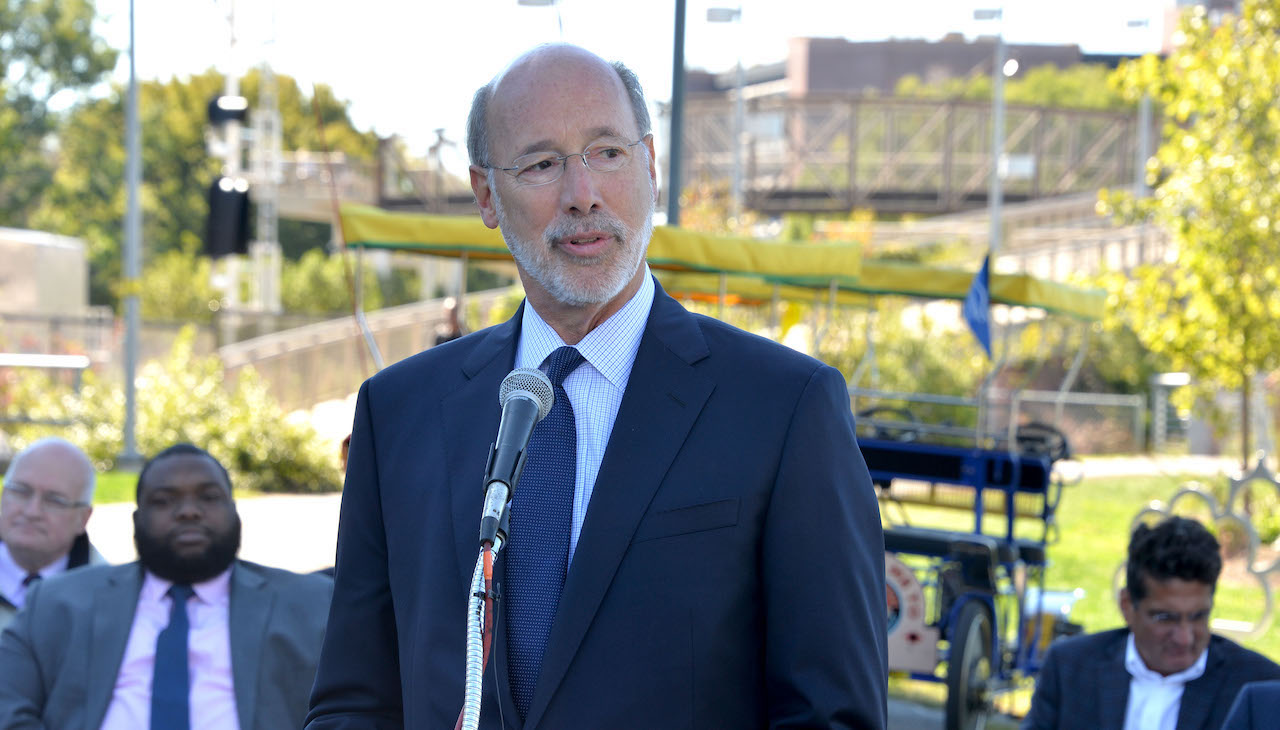 Despite not having unilateral power like Biden, Wolf has piloted a new marijuana pardon initiative this year. Photo: AL DÍA Archives.

He did, however, push a recent initiative in the state dubbed the ‘PA Marijuana Pardon Project,’ which aims to pardon nonviolent offenders.

As President Joe Biden announced his pardon of all those convicted of simple possession of marijuana charges at the federal level last week, he also urged governors across the country to follow his lead in pardoning people of the same charge at the state level.

Biden’s federal pardon frees more than 6,500 people, but the majority of people in jail for simple marijuana possession are charged at the state level, meaning the impact of the announcement was minimal.

In Pennsylvania, Governor Tom Wolf responded to Biden’s pardon announcement by saying he did not have “unilateral pardon authority” under state law to issue a similar order for Pennsylvanians still locked up on simple possession. To do so in Pennsylvania, the governor must get the support of the majority of the state’s Board of Pardons, made up of the Lieutenant Governor, Attorney General and three governor-appointed members.

“But I’m doing everything I can to right the wrongs of the failed war on drugs,” Wolf wrote on Twitter.

The “I’m doing everything I can” part of the tweet was a reference to Wolf’s touted ‘PA Marijuana Pardon Project,’ an initiative launched in 2022 that is an effort to fast-track the pardon efforts for those in the state convicted of nonviolent marijuana charges.

Per the program, those include people arrested for “Possession of Marijuana” and “Marijuana, Small Amount Personal Use” under Title 35.

These nonviolent charges often bar people from certain employment and education opportunities, and housing assistance, to name a few.

The application period for the program is now over, but the Board of Pardons will begin its review of the applications submitted later this week, on Oct. 13. They will determine what cases merit a potential pardon.

Those that are selected will then get individual hearings between Dec. 13 and 16 before a final decision is made.

Given Wolf is at his term limit, the pardons could be one of the last things he does in office. It is unclear whether either Democratic Gubernatorial Candidate Josh Shapiro or Republican Doug Mastriano would continue the program in their administrations.