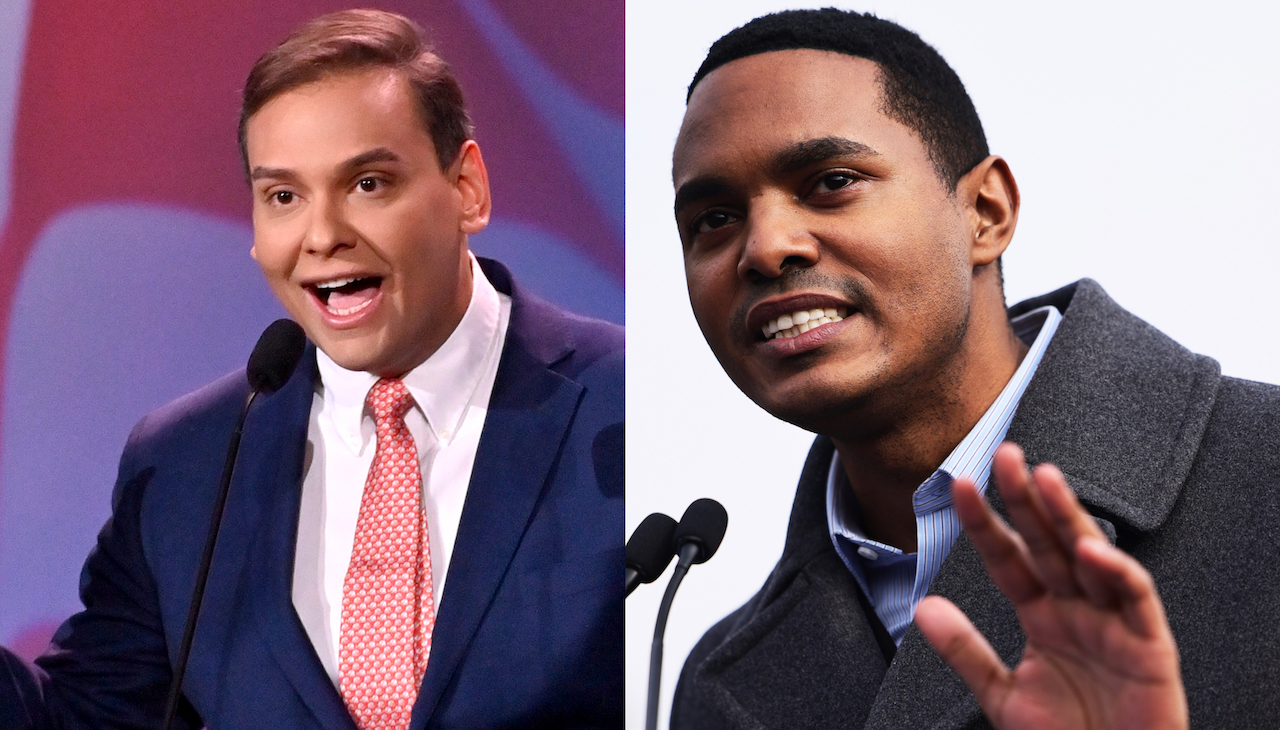 Torres is one of several other lawmakers who have called for Santos’ resignation, and investigations into his life after certain fabrications were made public.

When Method Man of the Wu Tang Clan laid down the famous and repeatable hook for their hit song, “C.R.E.A.M.,” that said “cash rules everything around me, get the money, dollar dollar bill y'all,” New York Republican lawmaker George Santos might have taken Meth’s words too literally in regards to “get the money.”

By way of self-inflicted wounds, Santos has suffered the brunt of the consequences of his own doing, caused by the major reports alleging the Long Island representative of lying on numerous occasions concerning details of his education, personal life, campaign finances and more, debunking Santos’ credo that ‘a lie a day keeps the feds away.’

Multiple Democratic lawmakers have come out against Santos publicly, calling for his job and demanding investigations into his life of mystery, including Representatives Dan Goldman and Ritchie Torres — the two major players going against Santos who, in the last two weeks:

Filed a complaint with the House Committee on Ethics, requesting an investigation into Santos to see if he was in violation of the Ethics in Government Act for filing his financial disclosure documents late, and withholding information from disclosure forms; and naming a bill after him, the “Stopping Another Non Truthful Office Seeker,” the “SANTOS” Act that requires all future candidates for Congress to file additional biographical information with the FEC.

This time for his third attack, Torres wrote a letter to the Federal Election Commission (FEC) on Tuesday, Jan. 18, demanding an investigation be conducted into Santos’ campaign finances, a huge question mark that has yet to be answered, arguing that if he has lied about so many other aspects of his life, why not about this?

In a scathing op-ed written by Torres for NBC News titled “My new co-worker George Santos is a distraction and a danger to democracy,” the New York Democrat makes his feelings about his new colleague crystal clear and urges for interference to remove the questionable character out of the halls of U.S. lawmaking.

He also called out Santos’ “shamelessness” in not resigning from his new position, saying the Republican is willing to even lie about his lies, if it means keeping his nice salaried job, even after being found out.

“Under normal circumstances, the depth and breadth of his deception would shame one into resigning from public office,” he wrote. “But these are not normal times, and Santos is shameless not only in lying but in lying about his lying.”

“It’s time for Santos to recognize that he cannot serve the public he defrauded,” Torres said. “His ability to govern has been weakened by a complete collapse of credibility.”

The GOP has been rather quiet on the matter regarding Santos, with House Speaker Kevin McCarthy especially being mum on the situation, only saying that it would be handled internally.

Despite being a pariah, Republicans cannot afford to lose a seat, and they know, and so do Democrats as Torres points out.

“The modern GOP has been hijacked by arsonists bent on burning down everything around them, including the Office of Congressional Ethics. The right’s acceptance of Santos is a function of power politics rather than ethics: House Speaker Kevin McCarthy needs every vote he can get, and he needs George Santos to remain in power.” he said.

And even with the drama, Santos is being handed responsibilities.

The House GOP Steering Committee also on Tuesday recommended that Santos be a part of the House Small Business Committee and House Science, Space and Technology Committee.

The New York Times exposé from late last year had many trying to make sense of the supposed finances of Santos. Details included that he gave over $700,000 to his 2022 congressional campaign despite reporting that he had earned only $55,000 in 2020.

In his late submitted financial disclosures, the GOP lawmaker reported a $750,000 salary and over $1 million in dividends in 2021 and 2022 from his company, the Devolder Organization, once described by him as his “family’s firm,” saying they oversaw over $80 million in assets.

But as Torres would point out, the company has no public website or LinkedIn page.

It seems everyday is a new opportunity for another lie to pop up, or for one of his old friends or acquaintances to release a new lie like a song. We hear a lot about people having skeletons in the closet but Santos might have a truckful of skeletons.

A new fabrication came to light earlier Wednesday afternoon, Jan. 18, that according to his former roommate, identified as Gregory Morey-Parker, told Anderson Cooper on CNN that the GOP lawmaker not only had several different aliases, but that he also used a Jewish-like name in order to raise more money for a GoFundMe account.

According to Morey-Parker, Santos would say: “Oh well, the Jews will give more if you're a Jew.”

Also related to the GoFundMe, Santos was accused by a New Jersey army veteran, Rich Osthoff, who revealed to the Patch that he had a conversation with a man in 2016 who went by Anthony Devolder, one of Santos' known aliases.

Osthoff’s story is that his dog Sapphire was dying from a stomach tumor and that Devolder offered his services which meant starting a GoFundMe page for the dog. However, after the GoFundMe raised $3,000, Osthoff said Devolder closed the fundraising page and did not answer any texts or calls.

Lies can only get you so far before they pile up and fog up your reality. For Santos, he is a car starting to tumble off the side of the road and in danger of completely driving off the cliff with every lie revealed.

“He is a master manipulator and liar whose presence among us is beneath the dignity of the offices we’re privileged to hold and the people we’re here to serve. It would be irresponsible and dangerous for us not to try to uncover what Santos seems to know very little about — the truth,” Torres concludes.