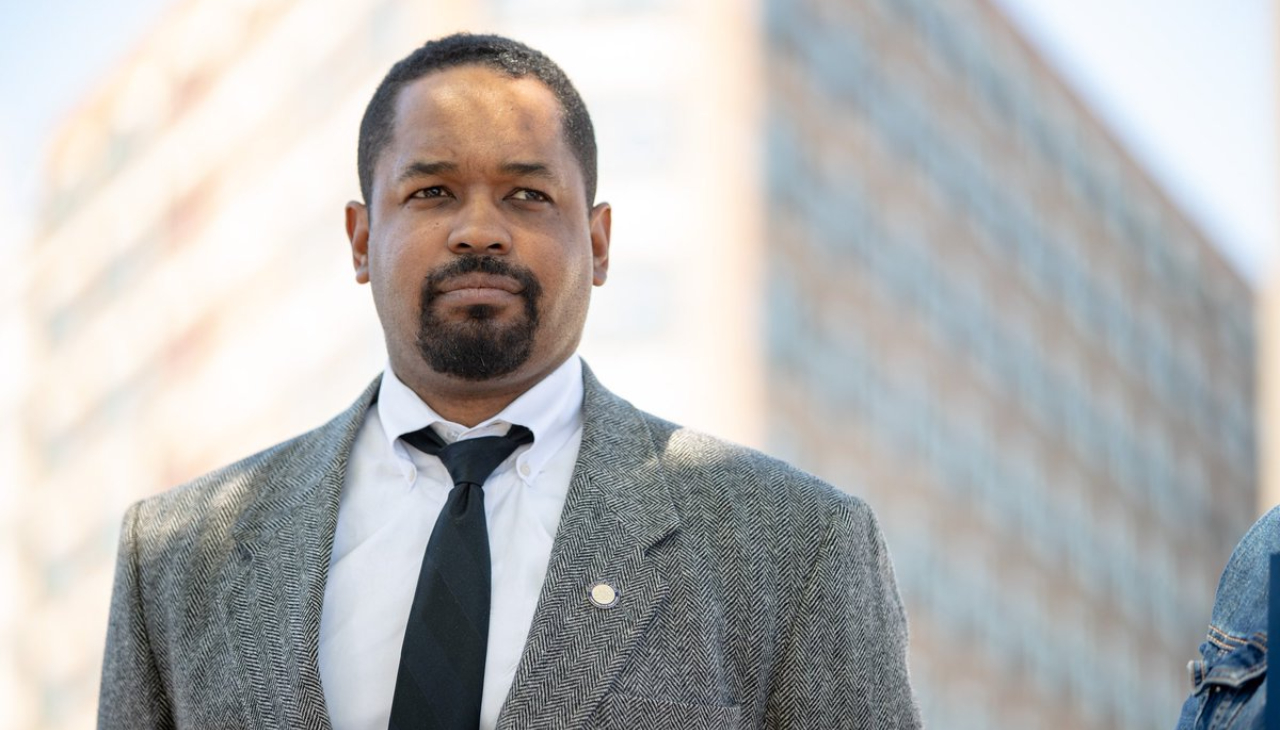 Sharif Street made history this past weekend as the first African American to be elected Chair of the Pennsylvania Democratic Party in its 230 year history.

The PA Senator, who represents the 3rd District, was voted into the position by a vote of 174 to 138, after serving as vice-chair for the Pennsylvania Democratic Party for four years.

Following the historic win, Street said he is “honored to be elected to lead our party forward.”

Street also laid out his list of priorities for his new role.

“We will prioritize connecting with Democratic voters in every part of our state, building a foundation to elect good candidates on all levels of government, engaging communities that feel forgotten and connecting our Party’s ideals to their everyday problems,” he noted.

In the resounding and historic victory, Street received broad support from state committee members, which included those from rural Pennsylvania, African Americans and Latinos.

He was aided by his record as vice-chair, traveling over 50,000 miles around the Commonwealth to engage all communities.

As a state senator, he championed policies that appeal to all communities, as well, including criminal justice reform, ending cannabis prohibition, gun violence reduction and community safety funding.

Throughout his political career, Street has demonstrated an ability to provide effective leadership, problem solving skills and a unifying force within the party.

In his new role as chair of the PA Democratic Party, he will bring those qualities to his constituents, referring to the Party as “a family.”

He will also focus on building a foundation to elect good Democratic candidates at each level of government, including school board members, township supervisors, county commissioners, and state legislators in the House and Senate.

TAGS
sevaliy962
Making money online more than $15k just by doing simple work from home. I have received $18376 last month. Its an easy and simple job to do and its earnings are much better than regular office job and even a little child can do this and earns money. Everybody must try this job by just use the i nfo on this page.

follow details on this websit........ 𝗪𝘄𝘄.𝐇𝐮𝐠𝐞𝐏𝐚𝐲𝟖.𝗖𝗼𝗺
witehe2871
I’m making over $17k a month working part time. I kept hearing other people tell me how much money they can make online so I decided to look into it. Well, it was all true.
This is where i started… 𝐰𝐰𝐰.𝐑𝐢𝐜𝐡𝐣𝐨𝐛𝐳.𝐜𝐨𝐦
riljfeoucfrme
I easily make $32,000-$38,000 each month just by doing a simple home business. This job is online and can be done very easily part-time or full-time, although no specific experience is required for this job. Anyone can join this work now and start earning like me.
.
Follow the link. >>>> 𝗪𝘄𝘄.𝗦𝗺𝗮𝗿𝘁𝗣𝗮𝘆𝟭.𝗰𝗼𝗺
Log in | Register
00:00 / 00:00
Ads destiny link