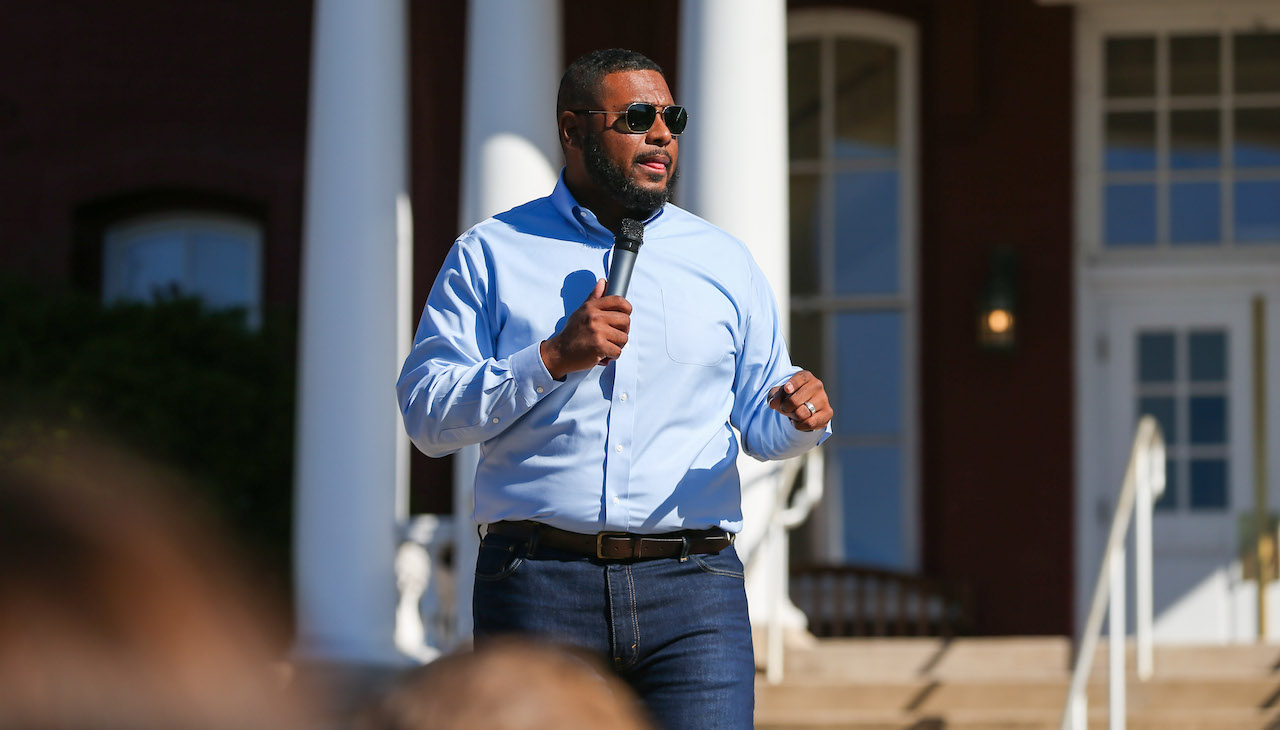 The former State Representative for the 35th District is now serving in the state’s second highest office.

Inauguration Day, Tuesday, Jan. 17, will forever live in the memories of Pennsylvania’s new Governor Josh Shapiro and Lieutenant Governor Austin Davis, as the commencement of a new journey serving in the first and second highest ranking state offices.

It was also a history-making day for the two officials.

For Shapiro, he became the third Jewish Governor in the state’s history and it was also the first time in over 50 years that two separate Democratic Governors ran the state in consecutive terms.

Davis, the former state representative for the 35th District (Allegheny County), made history of his own Tuesday morning as he was sworn in as the state’s first Black Lieutenant Governor, alongside his wife and Second Lady of Pennsylvania, Blayre Holmes-Davis.

He was also the first Black representative for the 35th District.

Judge Kim Berkeley Clark of the Fifth Judicial District was the one to administer the oath of office to Davis, an individual who knows a thing or two about breaking down barriers as she is the first African American to serve as President Judge in Allegheny County.

While still only 33-years old, Davis enters his new gig with much appreciated experience in the field and organizing as Shapiro handpicked the former House Representative to be his running mate in the state’s most crucial elected position.

The born and bred Pennsylvanian also has a story that any person currently or previously gone through could relate to, and is a breath of fresh air as a new kind of elected official — one of the people, of their freedoms, and of decency.

Born in McKeesport, PA, Davis’ father was a bus driver for the ATU, Amalgamated Transit Union, and a mother who was a hairdresser. Davis grew up in the Mon Valley in Western Pennsylvania, an industrial center outside Pittsburgh, that allowed him to witness firsthand the struggles of working families.

Sparking an early interest in helping, he knew public service was his avenue. He has built a young career of battling for economic equality, ending poverty for many, and securing equitable funding for education for the many students and families in Western Pennsylvania.

The work first started back in high school where he founded and served as chairman of the Mayor’s Youth Advisory Council under McKeesport Mayor Jim Brewster, as he felt the youth were in dire need of some kind of a voice in city government.

During that time, worked with city leaders in helping to combat the rising youth violence at the time, as well as give others like him in McKeesport, more of an opportunity to get involved in public service.

Davis would take that same fire and enthusiasm into his college years, studying political science at the University of Pittsburgh. It was a young career that was already beginning to garner the praise and attention of local media at the age of 21.

Following college, a motivated Davis joined the team of Allegheny County Executive, Rich Fitzgerald, where he acted as the driving force behind the office and the structure of the team itself. He was the lead on the vision of the team and the transition teams of the administration.

He also served as the representative for Fitzgerald on a number of different committees and boards such as the Jail Oversight Board, the Kane Foundation, the Minority, Women, and Disadvantaged Business Enterprise Advisory Board, and the Shuman Detention Center Advisory Board.

All this led to Davis taking the oath of office to represent the people of Mon Valley on Feb. 5, 2018. He became the first Black state representative for the 35th District in Allegheny County, and one of only four Black lawmakers to represent a majority-white area.

He is also a member of the PA Legislative Black Caucus, Climate Caucus, and PA SAFE Caucus.

“I will work tirelessly to ensure that every family in this Commonwealth has ladders of opportunities to succeed — so that every generation that comes after can be better off than the one that came before them.”