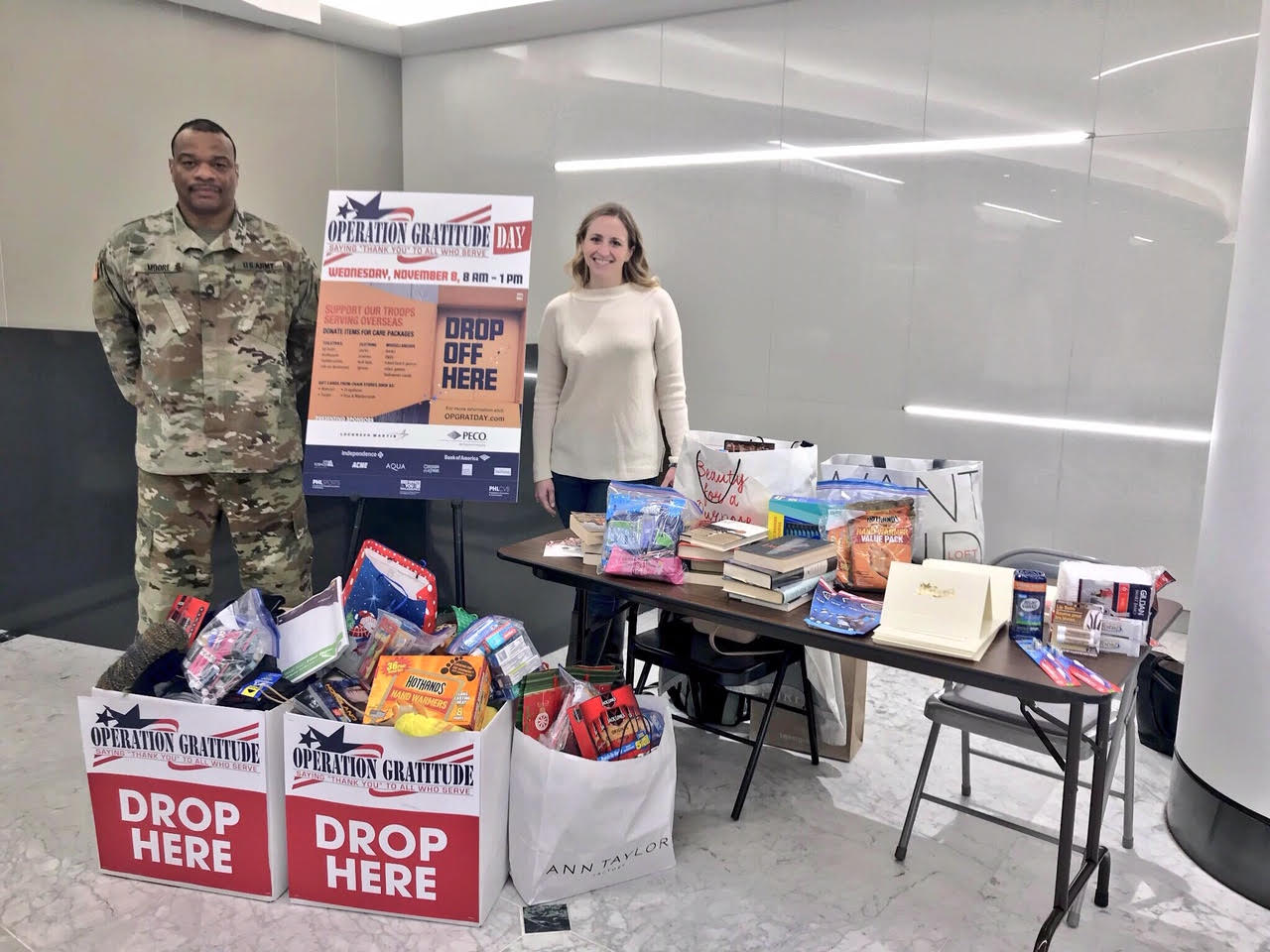 A tradition to help and uplift U.S. troops

As the buildup to the 119th edition of the Army vs. Navy football game commences, the annual Operation Gratitude Day will be returning to Philadelphia for the eighth consecutive year.

A collaboration between PHL Sports and Operation Gratitude—a national non-profit organization whose mission is to lift the spirits and meet the needs of the U.S. Military—it really grew after PHL Sports decide they wanted to play a part in helping the troops and also the city.

“This was an opportunity for Philadelphians to step up and to show their support for the troops and their families and donate items,” Larry Needle, executive director of PHL Sports, said regarding how the event came about. It eventually evolved into its own separate day in Philadelphia, occurring around Veteran's Day each year.

All the donations will be collected, get repackaged and then sent to the troops serving overseas.

“It’s frankly something that we’re excited to do our small part in helping them and in helping the troops by producing this event every year,” said Needle.

The Army vs. Navy college football game is one of the greatest and oldest rivalries in all of sports, with the first edition of the annual tradition being played in 1899. Philadelphia has hosted the game more than any other city in the U.S.

“It’s really become one of the biggest hospitality weekends for the city,” said Needle.

“It’s also a chance for all of us to roll out the red carpet for the military family and that’s something that we take seriously," he added. “Operation Gratitude and Army-Navy serves as kind of a great platform for that.”

A list of drop-off locations for the military donations can be found here.