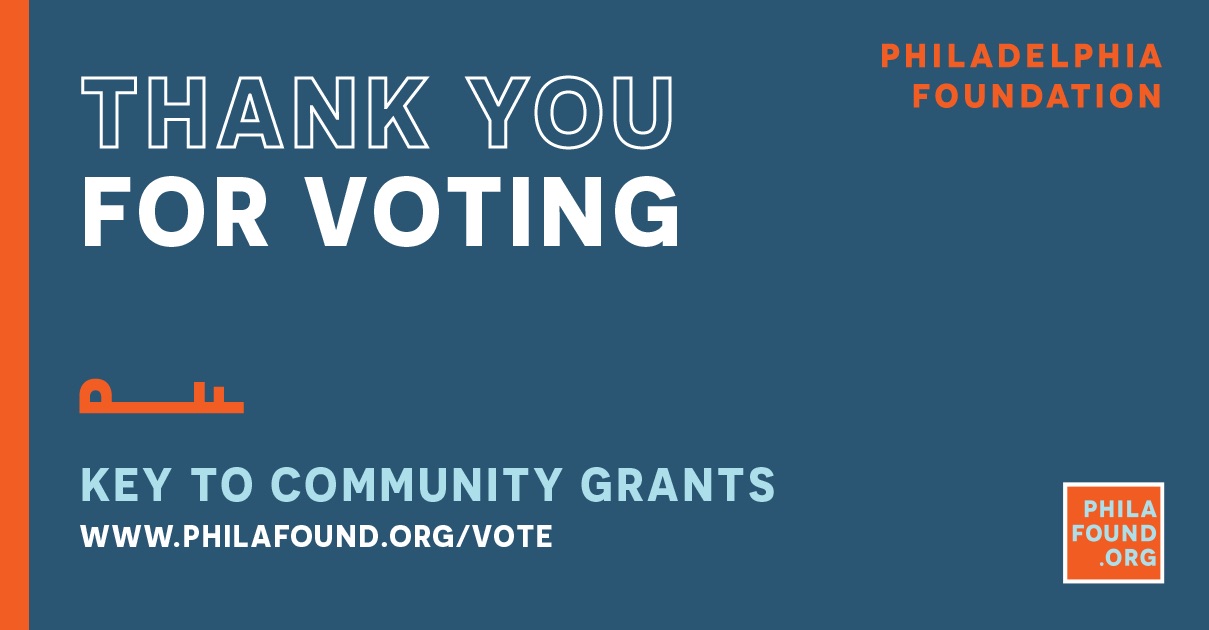 Photo Courtesy of The Philadelphia Foundation.

The public voting for the grant initiative has ended, and the $1 million will be divided among nine local non-profit organizations.

The nine winners of the $1 million Key to Community Grants have been announced.

As part of the Philadelphia Foundation's Key to Community Grant, the general public throughout the Greater Philadelphia Region were given the opportunity to cast their vote between 15 different nonprofits, between July 8 and July 26.

The grants were split between three categories: economic prosperity, the opportunity divide, and community and civic engagement.

These are the organizations that have been named the winners across the grant categories, as chosen by three panels of judges:

“As the region’s community foundation, we’re very proud of the community’s response to and engagement with the Key to Community grant finalists and winners,” President and CEO of the Philadelphia Foundation, said in a press release.

“All the contenders did a truly extraordinary job of proposing projects that accelerate or amplify their success, of persuading very experienced judges and of engaging, persuading and activating not only their existing stakeholders but the broader public as well,” he added.

Leaders from all 15 finalist organizations will be invited to participate in the Philadelphia Foundation's Leadership Institute in the fall of 2019, and will be included in opportunities for targeted leadership development scholarships and expanded professional network building.