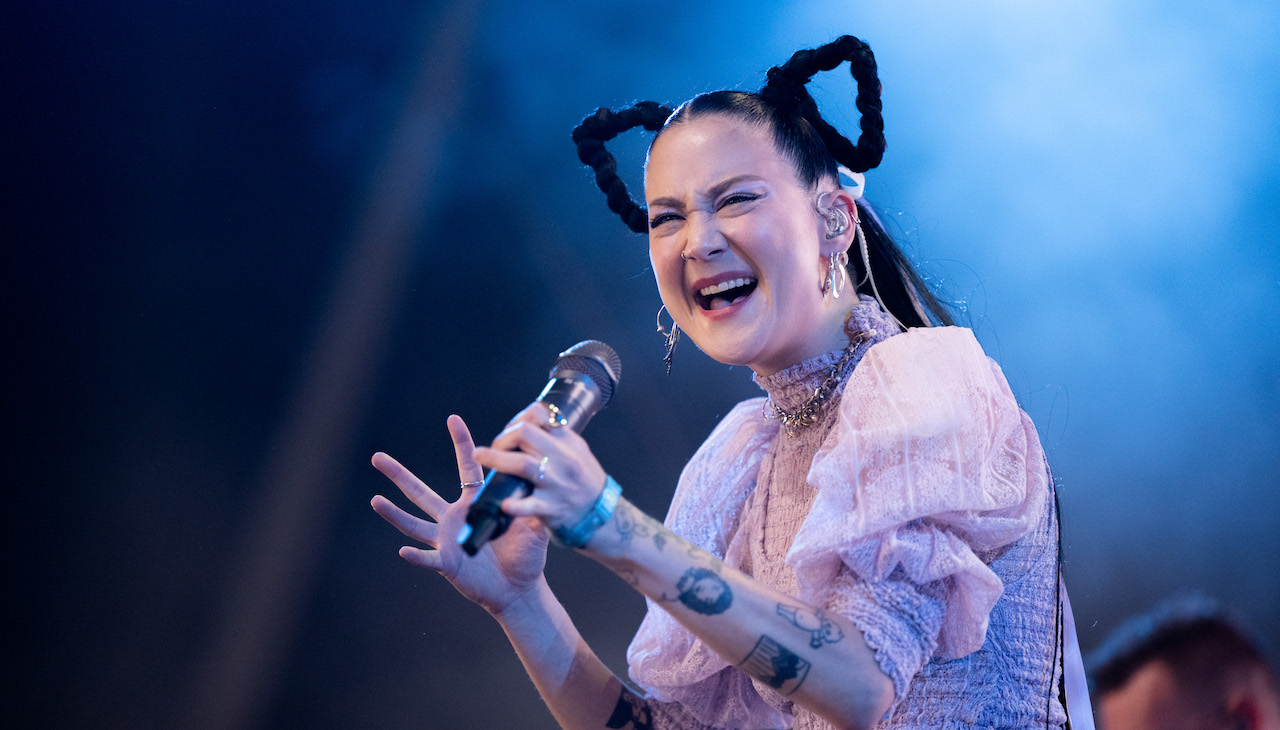 In addition to leading one of the U.S.’s top bands of the moment, Zauner’s memoir Crying in H Mart became a national bestseller.

Zauner, 33, has used her platform as an author and lead singer of a band to uplift the AAPI community and support the Stop Asian Hate movement.

“Her best-selling memoir, Crying in H Mart — a tribute to her late mother and the Korean food and culture that bound their love — has moved countless readers across the globe,” Gym wrote in a tweet on Thursday, May 19.

Today, I introduced a resolution in City Council recognizing the pioneering work of Michelle Zauner and Japanese Breakfast. #AAPIHeritageMonth pic.twitter.com/8yyoc5BVEv

Gym seeks to honor and commemorate the life experiences and work of Zauner for several reasons, ranging from her success as an artist, as an author, as an advocate for her community, and as an inspiration to Philadelphians who wish to pursue the arts.

Zauner is the lead singer of the indie-pop band known as Japanese Breakfast. The band has been critically acclaimed for its innovative and often experimental sound, and has garnered two Grammy award nominations.

Japanese Breakfast was also recently selected to be the musical guest for Saturday Night Live’s Season 47 finale, airing on Saturday, May 21. Zauner has explained that her initial inspiration for entering the music industry was seeing that the front woman of the Yeah Yeah Yeahs was half Korean and half white, just like herself.

While Zauner was born in Oregon, she found a home in Philadelphia while she was studying creative production and writing at Bryn Mawr College. During her 20s, Zauner worked on her music, while working in concessions and coat check at the renowned music venue Union Transfer.

The @UnionTransfer coat check (where I used to work when the venue first opened) is officially The Michelle Zauner coat check after five sold out nights as a freaking headliner. I love you Philly I love you @R5Productions 💛 pic.twitter.com/FzSOBxzlzP

In May 2014, Zauner’s mother was diagnosed with late stage pancreatic cancer, forcing her to move back to Oregon to become her caretaker. In Crying in H Mart, Zauner reflected on the last few months she spent with her mom, the grief of losing her mom and aunt within five years of each other, and the fear of losing her Korean identity with her mother’s passing.

“I’m searching for memories. I’m collecting the evidence that the Korean half of my

identity didn’t die when they did,” Zauner wrote in her memoir.

In her book, Zauner also paid tribute to the art and tradition of Korean cooking and how this helped her heal in the aftermath of her mother and aunt’s deaths. In July 2016, Zauner won a Glamour Magazine national essay contest with her piece entitled “Real Life: Love, Loss, and Kimchi.”

In August 2018, The New Yorker published Zauner’s essay Crying in H Mart, which explored the offerings of the Korean-American grocery store chain as a portal for her to reconnect with her later mother and the food customs that grounded their complex relationship.

RISE: Asian-American Philly at the forefront
May 27th, 2022
Continued rise of AAPI hate puts a dark shadow over this AAPI heritage month
May 17th, 2022
How have Philly and PA public officials reacted to the Roe v. Wade leak?
May 6th, 2022

Join us online or at the Roxbury Branch on 5/23 for an author talk with Michelle Zauner. She'll discuss Crying in H Mart, her unflinching, powerful memoir about growing up Korean American, losing her mother, and forging her own identity.

“If I could not be with my mother, I would be here,” Zauner wrote, remembering her desire to reclaim her mother in the Elkins Park H Mart.

Both Japanese Breakfast and Crying in H Mart have become international sensations, but the band remains strongly connected to its Philadelphia roots.

On July 23, the band will headline Connor Barwin’s Make the World Better Benefit at the Dell Music Center, which is devoted to fundraising for revitalizing community gathering spaces across the city.

Zauner has consistently uplifted the AAPI community in a number of ways throughout her career.

She has utilized her large platform, both on and off social media, to promote the Stop Asian Hate movement, and has donated her band’s merchandise to Philly producer Will Yip’s #StopAsianHate raffle, which benefited the AAPI Community Fund.

TAGS
lihiri8485
These are 2 pay checks $17367 and $18367. that I got in last 2 months.I am extremely cheerful that I can influence thousands in my part to time and now I am making the most of my life.Everybody can do this and acquire heaps of dollars from home in brief time period.Just visit this site now.GOOD LUCK..
:) AND GOOD LUCK.:)
HERE====)> 𝐰𝐰𝐰.𝐞𝐚𝐬𝐲𝐰𝐨𝐫𝐤𝟐.𝐜𝐨𝐦
lelewal244
I've made $64,000 so far this year working online and I'm a full time student. Im using an online business opportunity I heard about and I've made such great money. It's really user friendly and I'm just so happy that I found out about it. Heres what I do.
:) AND GOOD LUCK.:)