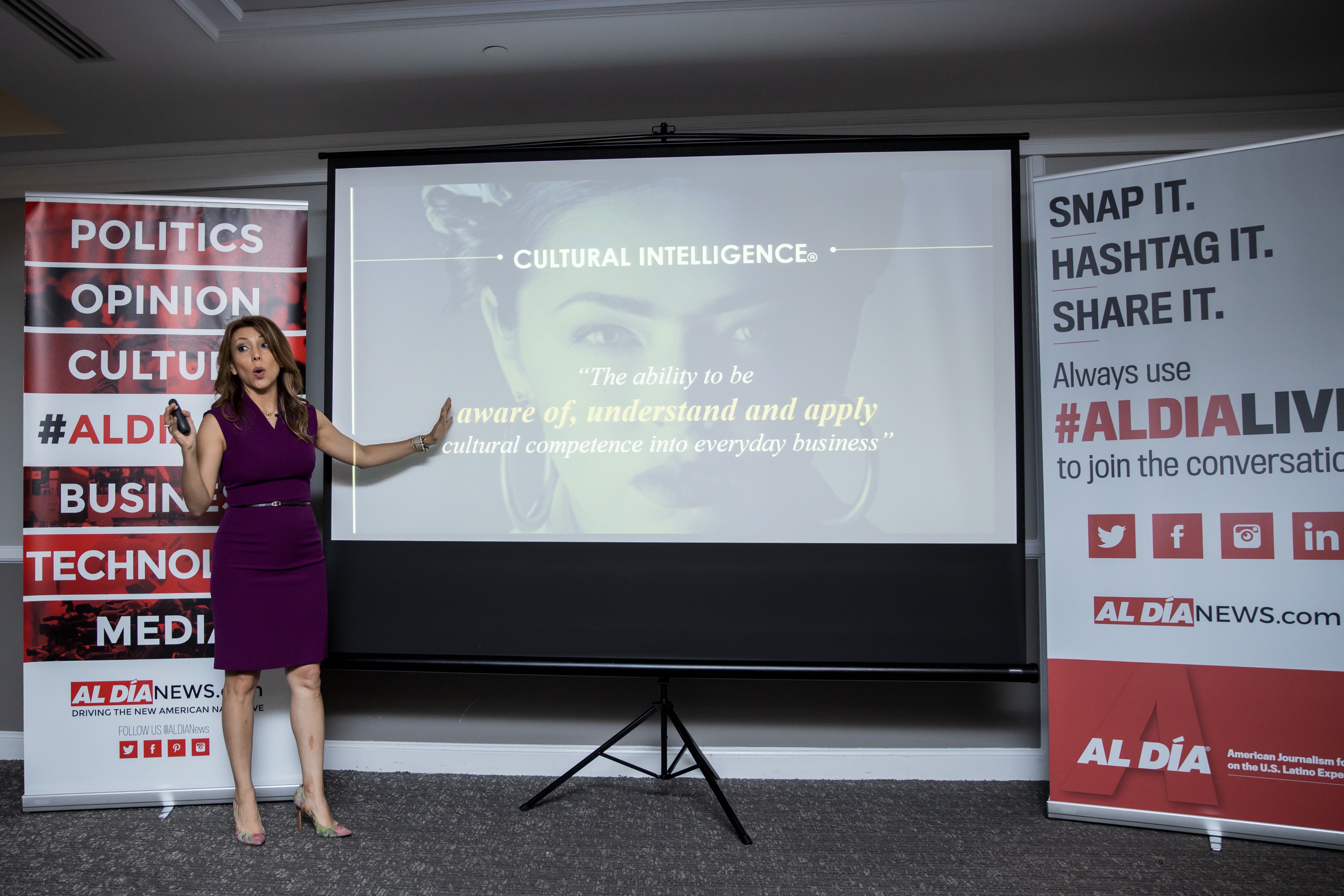 Unlock The Power of Cultural Intelligence with Lili Gil Valletta

On Wednesday, May 29, AL DÍA hosted “Unlock The Power of Cultural Intelligence”, alongside featured speaker Lili Gil Valletta, at the Pyramid Club.

Award-winning entrepreneur tech innovator, cultural intelligence expert, and TV commentator, Valletta, shared her insights on “Cultural Intelligence” and how much of an imperative it is for companies to be aware of this concept in order to reach higher profitability levels.

An immigrant from Colombia, Valletta came to the U.S. at the age of 17 without speaking any English and managed to become a recognized corporate executive turned business owner and tech innovator.