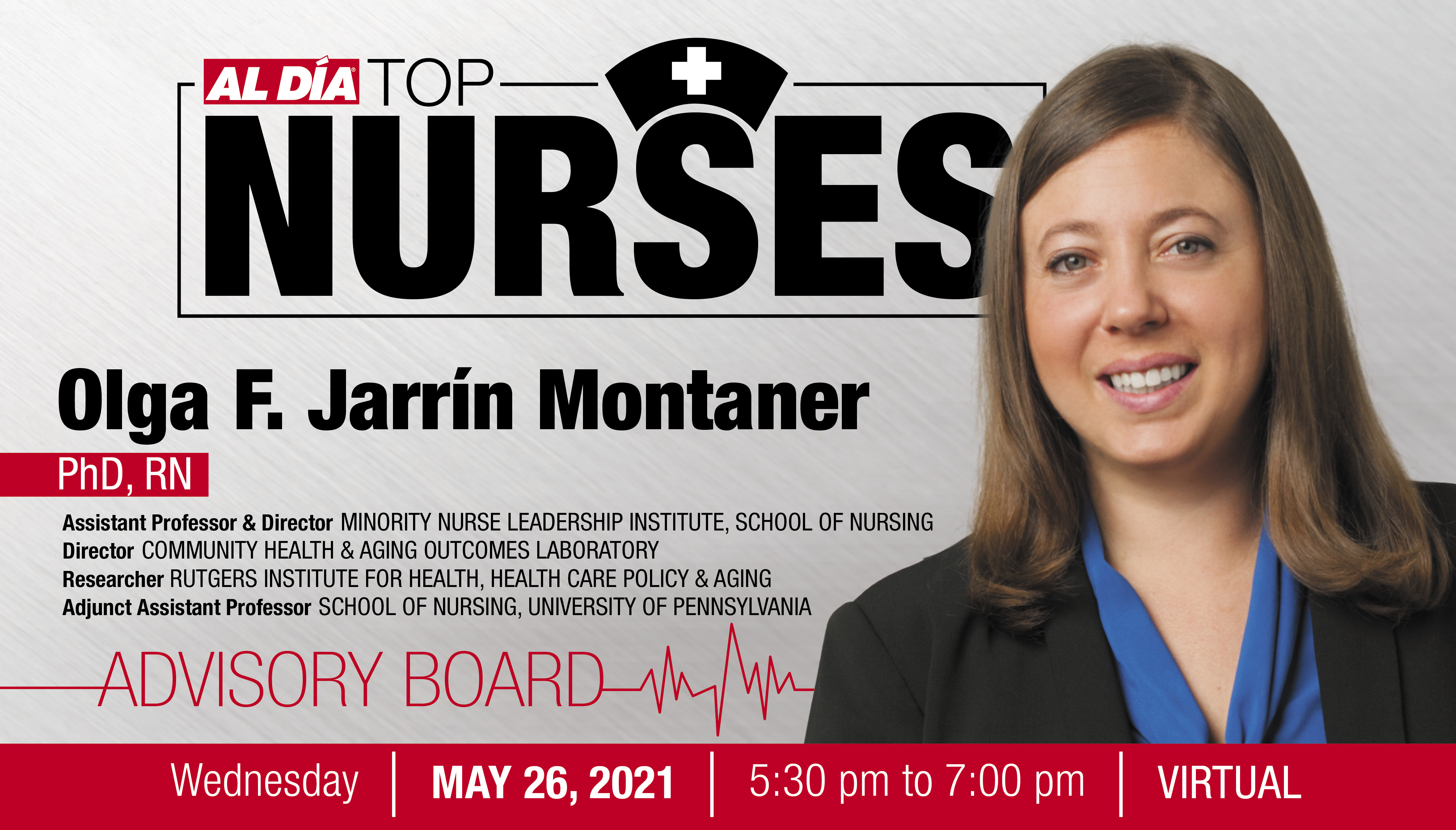 Dr. Olga Jarrín Montaner, serving the most vulnerable communities in the population

Through her various roles, Dr. Jarrín Montaner is a pertinent leader ensuring that those who need the most care receive it.

As a child, Olga Jarrín Montaner and her family moved around quite a bit.

Born in Maryland, by the time she finished high school, she had already lived in California, Texas, Florida and New Jersey.

Her father worked as a hotel manager, while her mother was a stay-at-home mom who often volunteered and was a very active member of the community.

Throughout what she called “a wonderful childhood,” where she developed “real fond memories,” the young Jarrín Montaner really looked up to her parents, especially her father.

“One of the things that he impressed on me the most was the idea that he would never ask anyone that worked for him to do anything that he wouldn’t do,” she said in an interview with AL DÍA.

An avid reader as a child, Jarrín Montaner also often read biographies and books about different careers. Of all, it was the nursing profession that resonated with her the most and captured her interest.

During high school, Jarrín Montaner would take evening classes on the weekend to become an emergency medical technician (EMT), and also volunteered on the ambulance.

This experience allowed her to gain exposure to the different career paths within the healthcare field.

“It just reaffirmed that nursing was what I was interested in as I met more nurses working in the emergency department, or were also volunteering on the ambulance,” she said.

After finishing nursing school, Dr. Jarrín Montaner developed a clearer idea of where in the healthcare field she wanted to work in.

“I was very passionate about community and public health nursing,” she said.

The earlier part of her nursing career was as a home health care registered nurse. Her most recent position as an RN was in Willimantic, Connecticut — a predominantly Spanish-speaking community.

“In that role, I felt like I was making such a difference in the community, not just for the individual patient that I worked with, but for their families,” said Jarrín Montaner.

Over time, she began to see the ripple effect that the work she did for one patient or family could have a positive impact on another.

In 2016, Jarrín Montaner joined the Rutgers School of Nursing as the Director of the Community Health and Aging Outcomes Laboratory, whose research focuses on improving health care in diverse communities that have historically been at-risk for receiving inadequate care — such as older adults and people living with chronic illness — by evaluating the effectiveness of home health care.

“The work that I'm funded for right now is focused on people living with dementia, and how receiving home health care may impact them to have fewer hospitalizations, have better outcomes, better support [and] to remain in the community or in the setting that they and their families are,” said Jarrín Montaner.

More recently, Dr. Jarrín Montaner took on the new role as Director of the Minority Nurse Leadership Institute at Rutgers.

“The history of the program is special,” said Jarrín Montaner. “It's one that has had a dual focus of not only supporting the leadership development of nurses of color, but also preparing nurses to directly address some of the things that impact outcomes for our patients related to structural racism in healthcare.”

For many Latino patients, some of these issues are around language barriers and the lack of cultural competency, both of which have been magnified with the pandemic.

“There's structural, cultural [and] political barriers that are not only impacting the nurses’ ability to advance in their careers and into leadership positions, but are also impacting outcomes and health of the patients in the communities that they're serving,” Jarrín Montaner added.

Historically, the program has been specifically focused in urban areas in Newark, New Jersey. However, under her leadership, Jarrín Montaner would like to expand it, making it more accessible to the entire state and also add a virtual format to the program.

Dr. Jarrín Montaner is a member of the advisory board for the upcoming AL DÍA Top Nurses Forum & Awards event taking place later this month.

Reading about the impactful work the nominees have done and are continuing to do in the community and healthcare system makes Jarrín Montaner feel really honored.

“I think it’s really important to recognize the work, especially of Latinos, and the diversity of the nursing population... The stories aren’t known enough,” she said.

She is hopeful that more awareness can be brought to those who are doing this valuable work, which is in line with what the goal of the nursing event is.