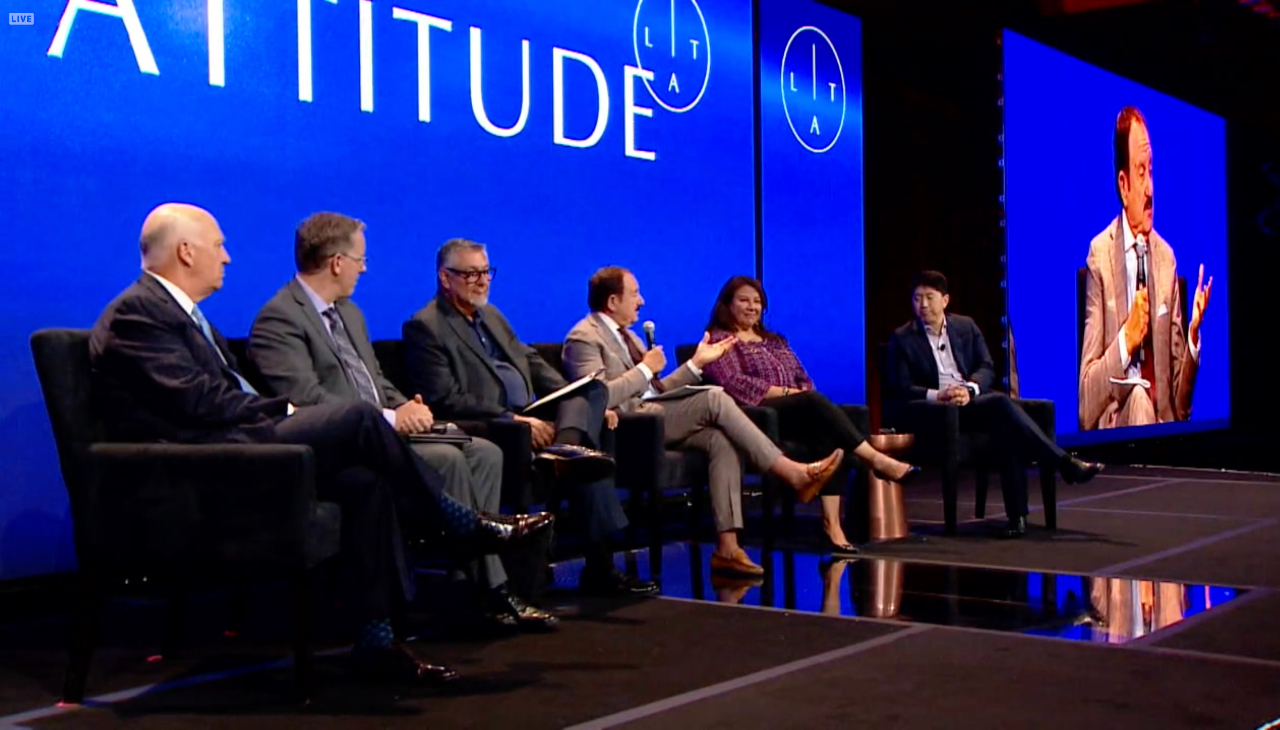 Economically, the Latino cohort continues to overcome and persevere

For the fifth consecutive year, the LDC U.S. Latino GDP Report was released, noting a continuous trend for the significant demographic.

U.S. Latinos will play a very significant role in the continued recovery of the U.S. economy.

According to the 2022 LDC U.S. Latino GDP Report, if U.S. Latinos were a standalone country, they would account for the 5th largest GDP in the world — surpassing major world powers, including France, India, Canada, the United Kingdom, and various other countries.

During the 2022 L’ATTITUDE Conference, Sol Trujillo, co-founder of L’ATTITUDE, shared insight as to why this report has been released on an annual basis.

“The purpose of this study is basically to help everybody understand what their market opportunities are,” said Trujillo, during the first day of the 2022 L’ATTITUDE Conference.

“When we conceived of this, it was to tell the story about what’s the utility of understanding the growth cohort of America,” he added.

The fifth annual LDC U.S. Latino GDP Report, a partnership between the Latino Donor Collaborative and Wells Fargo, takes a deeper look at the economic output of U.S. Latinos in relation to the pandemic.

“This is the most important annual report that we’ve ever released,” said Dr. Matthew Fienup, executive director of the CLU Center for Economic Research & Forecasting.

The Latino cohort has been thriving for a while, and then the pandemic happened.

Dr. David Hayes-Bautista, director of the Center for the Study of Latino Health & Culture at UCLA’s School of Medicine, noted the difference of how Latinos were impacted by health concerns before and since the coronavirus’ surge.

In 2019, the top causes of death in the U.S. included heart attack, cancer, and strokes. Latinos had 30% fewer heart attacks than non-Hispanic Whites, as well as lower rates of cancer.

Since COVID’s emergence, it has become the number one cause of death for Latinos, almost 60% higher than non-Hispanic whites.

“This was unprecedented, but as we saw, the effect was that Latinos rolled up our sleeves, and we want to work even harder,” said Bautista.

The data shows that Latinos are more than six percentage points more likely to be actively working than their counterparts.

Ana Valdez, executive director of The Latino Donor Collaborative, shared that these numbers display a sense of pride within the U.S. Latino community.

“We all saw and heard how Latinos suffered,” she said. “And in the meantime, simultaneously, while they were suffering, they were actually driving the country forward.”

This has been an ingredient in the Latino community being able to cut into the wealth gap.

“If you look at the last decade, Latinos accounted for two-thirds of the growth rate of the labor force,” said Jay Bryson, managing director & chief economist at Wells Fargo.

This statistic added to the fact that educational attainment is also increasing among the Latino population, that gap is likely to continue gradually closing.

Valdez noted that the LDC will soon start providing GDP data for some of the top states in the U.S. to show an even deeper dive into that impact.

The data goes back to the fundamental reasoning behind the founding of the Latino Donor Collaborative and L’ATTITUDE.

“It was about changing the narrative,” said Trujillo.

For years, the narrative has been that Latinos are “takers” or “criminals” — both of which are labels and misperceptions confounded upon discrimination. For Trujillo, he believes in the mantra: You don’t complain. You act on it.

The data shown in the annual report displays a tremendous amount of progression and impact taking place within the U.S. Latino population.

“Let's not be mired in the old perception of what Latinos were — or Latinas were — but what their being and becoming,” ended Trujillo.