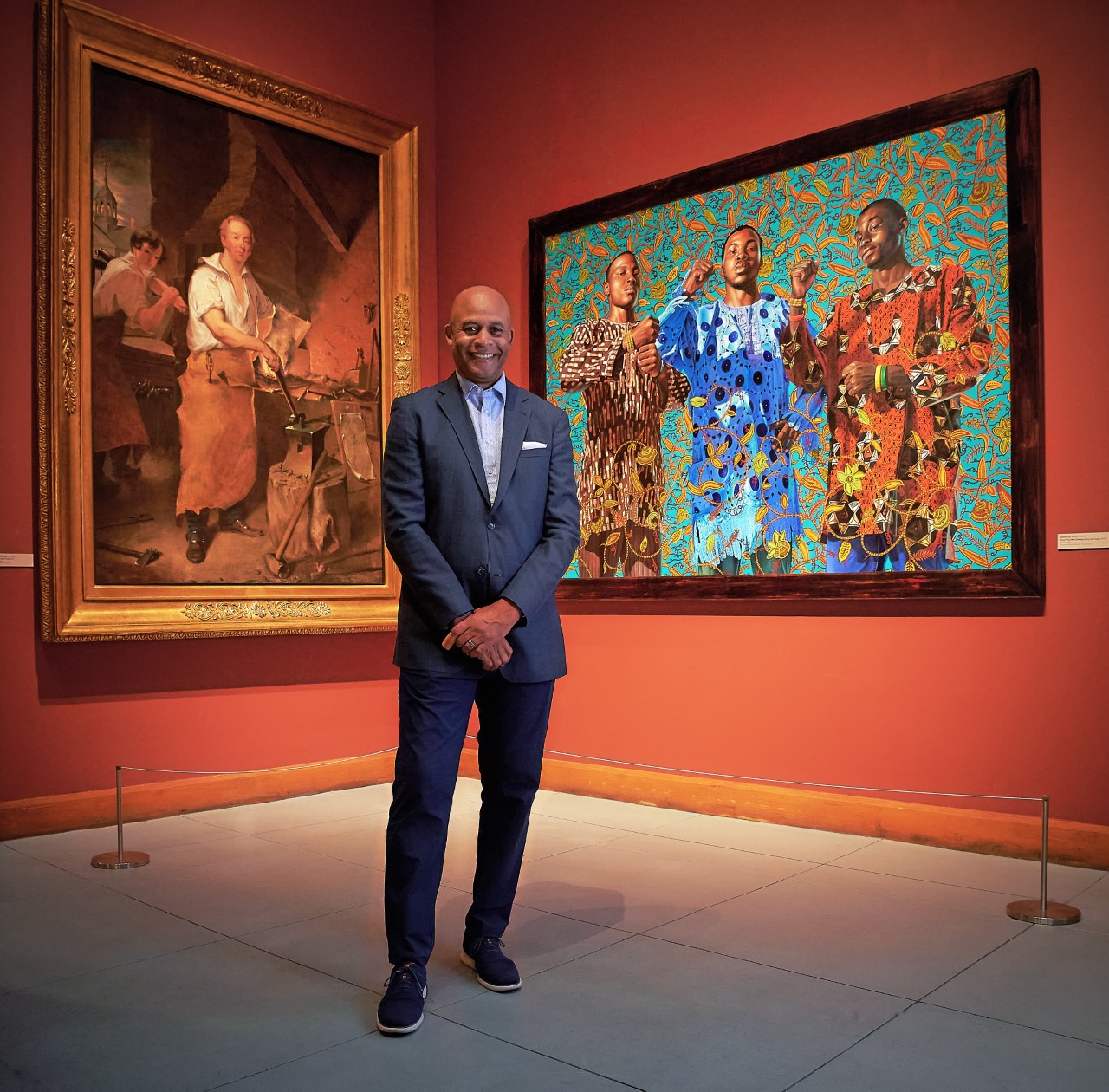 Photo credit: The Pennsylvania Academy of the Fine Arts (PAFA)

PAFA selects Eric Pryor to be their next President

For over 25 years, Pryor left behind footprints in administration and community service. His next steps will be to bring innovation to Philadelphia’s fine arts.

The Pennsylvania Academy of the Fine Arts (PAFA) has appointed Eric Pryor to be the next president to lead the institution, as a spirit of creativity sweeps across Philadelphia, home to one the nation’s historically renowned artistic scenes.

Pryor will assume the position starting Jan. 18, 2022, where he will build on the momentum of artists who have received inspiration from the pandemic, as published by the Philadelphia Magazine in May.

PAFA’s decision to bring Pryor on board marks a breakthrough in the institution’s 216-year history. Pryor will be the first Black president of PAFA to direct its vision for art and creativity, a leader they believe will continue to inspire generations to come.

“I am eager to work in partnership with the PAFA board, staff, faculty, students, and alumni, and start writing its next magnificent chapter together,” said Pryor in a statement. “I’m also delighted to be returning to Philadelphia and its varied communities. It is a city of great art and artistry, with PAFA as one of its crown jewels.”

With over 25 years of experience in the fine arts, Pryor will enter the role looking to prepare the institution and museum for the future.

Passion for the arts led Pryor to pursuing a degree in the industry studying as an undergrad at Wayne State University in 1988, and furthering his education for a Master’s degree at Temple University’s Tyler School of Art, in 1990.

Pryor has held several leadership roles very early in his career. One position he managed was at the Visual Center of New Jersey (VAC) as an executive director for seven years, where he fostered a $5.4 million campaign towards the expansion of VAC’s facility.

He will be transitioning out of Harlem School of the Arts (HSA) in New York City as its CEO and president, where he served since 2015 and succeeded in helping the institution raise funds for renovation plans.

PAFA believes Pryor is equipped for the task based on what he has been able to accomplish at former establishments in his career.

“Pryor is skilled at guiding institutions through transitions and will partner with PAFA’s constituents to reimagine the organization and ensure its long-term sustainability,” wrote Katherine Blodgett, communications consultant at PAFA.

Although Pryor has demonstrated an ability to improve places he has worked, perhaps his most valuable moments are found in his work volunteering in the community. He also uses his knowledge of the fine arts to assist other organizations around him.

In order to better serve the city of Philadelphia, Pryor plans to relocate from West Orange, New Jersey with his family.