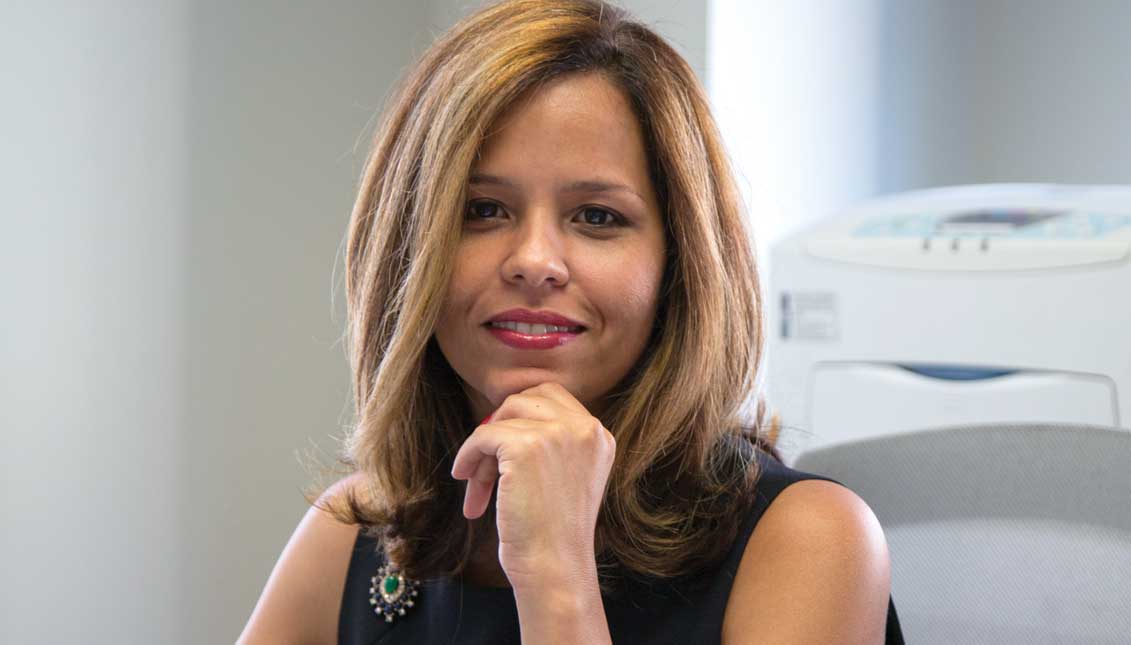 Jennifer Rodriguez is President and CEO of the Greater Philadelphia Hispanic Chamber of Commerce. (File photo)

As Philadelphia prepares to host the annual event, the national organization is welcoming a new leader.

For the first time in more than a decade, the U.S. Hispanic Chamber of Commerce (USHCC) will bring its National Convention to the City of Brotherly Love.

For Jennifer Rodriguez, President and CEO of the Greater Philadelphia Hispanic Chamber of Commerce (GPHCC), the national chamber’s decision to hold the convention in Philadelphia is “validating.”

“For us, it’s really an acknowledgment that the Philadelphia region is a place where the Latino community is making a significant impact,” Rodriguez said in an interview with AL DÍA after the location was announced last year.

One of those national players is Zoe Saldana, acclaimed actress and founder of media brand BESE, who will receive the 2018 Excellence in Leadership Award.

The Excellence in Leadership Award honors an extraordinary woman who has devoted her professional career and personal life to revolutionizing the world of business, education, philanthropy, or government. Previous honorees include Minority Leader of the U.S. House of Representatives Nancy Pelosi; Cindy McCain, philanthropist, humanitarian and wife of late Senator John McCain; and Jessica Alba, actress and founder of The Honest Company.

Last year, Saldana launched BESE. Among other initiatives, the company’s mission includes representing communities that have been left out of mainstream discourse, celebrating identity, and generating conversation about what America means to all communities in the country, Saldana stated on BESE’s official site.

“From critically acclaimed movies to female empowerment initiatives, Zoe Saldana is a role model for all who seek to follow in her footsteps,” Fernand Fernandez, USHCC interim president and CEO, said in a press release.

A change in leadership

As Philadelphia prepares to welcome USHCC, the national chamber is welcoming a new leader.

Earlier this month, USHCC announced that its board of directors appointed Ramiro Cavazos as the organization’s next President and CEO, effective Oct. 1. Cavazos is currently President and CEO of the San Antonio Hispanic Chamber of Commerce.

“After a search and selection process that spanned several months, we have selected Ramiro because of his strong financial acumen, servant leadership, and shared vision to serve the Hispanic business community, and put our community first in everything we do,” said Carmen Castillo, co-chair of the board, in a statement.

Fernandez stepped in as interim head of USHCC after former President and CEO Javier Palomarez resigned in February amid allegations of corruption and sexual harassment.

“We extend our utmost appreciation to Fernand Fernandez, our colleague and fellow board member, who generously stepped up to lead USHCC as Interim President & CEO,” Castillo continued. “We owe him a debt of gratitude for the commitment, stability, and leadership he brought to the USHCC over the past seven months.”