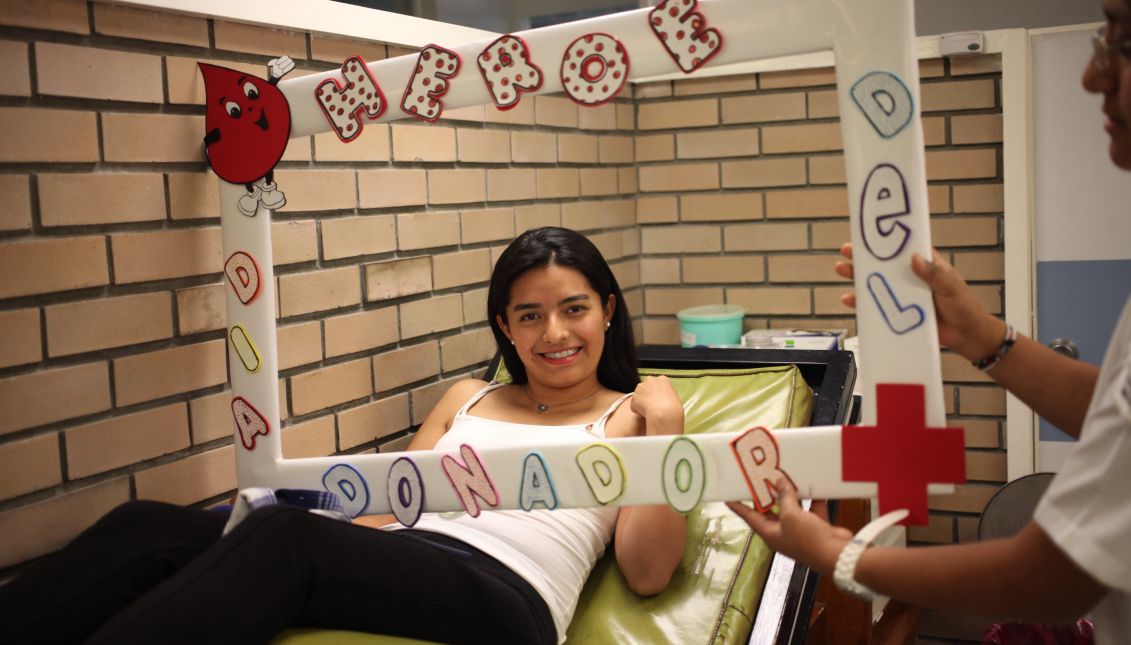 Although in some European countries, like Switzerland, the blood donation rate is almost 100 percent, in Latin American nations it's just 33 percent.

Despite the benefits that it represents, Mexico still has almost no altruistic blood donation culture.

"There are many myths surrounding blood donation. People don't know what it is, or the good that it does to donate, or the number of lives we can save," Maria Jose Aja del Cueto, the campaigns and events coordinator for the Dona en Vida foundation, said in an interview with EFE.

The World Health Organization has declared June 14 to be World Blood Donor Day with the aim of fostering participation in the activity.

Although in some European countries, like Switzerland, the blood donation rate is almost 100 percent, in Latin American nations it's just 33 percent and in Mexico it is only 2.7 percent.

One of the main problems, Aja del Cueto said, is that people only donate "when a family member needs it."

"The reality is that about 25 percent of us are going to need blood at some time in our lives, and so altruistic donation is very important," she said.

She emphasized that donating blood has great benefits not only for the people who receive it, but also for the donors, saying that "Donating helps us to regenerate our blood."

In addition, so that the blood can be used in another patient, it is subjected to strict testing in which illnesses such as hepatitis and certain sexually transmitted diseases, such as syphilis and HIV-AIDS, can be detected, thus allowing the donor to become aware of their own health.

"If people were aware of these benefits and if the donor percentage were to rise, nobody would have a problem getting blood because there would always be (enough) available," she said.

Patients with diseases such as cancer, who have had complications during pregnancy, accidents or surgery require blood transfusions.

So, "blood is the best gift of life that one can give," the head of the United Blood Bank at Mexico's Juarez Hospital, Jesus Bautista Olvera, said in an interview with the Scientific and Technological Advisory Forum.

Aja del Cueto admitted that there are certain myths that reduce donation rates. "There are people who think it harms you," she said, adding that when people donate out of necessity, they more often lie with regard to their health or sexual practices.

"People sometimes don't tell the truth on their questionnaires," she said.

However, she invited the public to become aware of the importance of donating blood, saying that "if people donated regularly between ages 18-65 ... we'd be able to save up to 500 people."

Woman may donate three times per year, while men may donate four times, and people who have gotten tattooed more than a year ago are also donor candidates.

In addition, people controlling their high blood pressure or their Type 2 diabetes with medications and without secondary complications may donate.