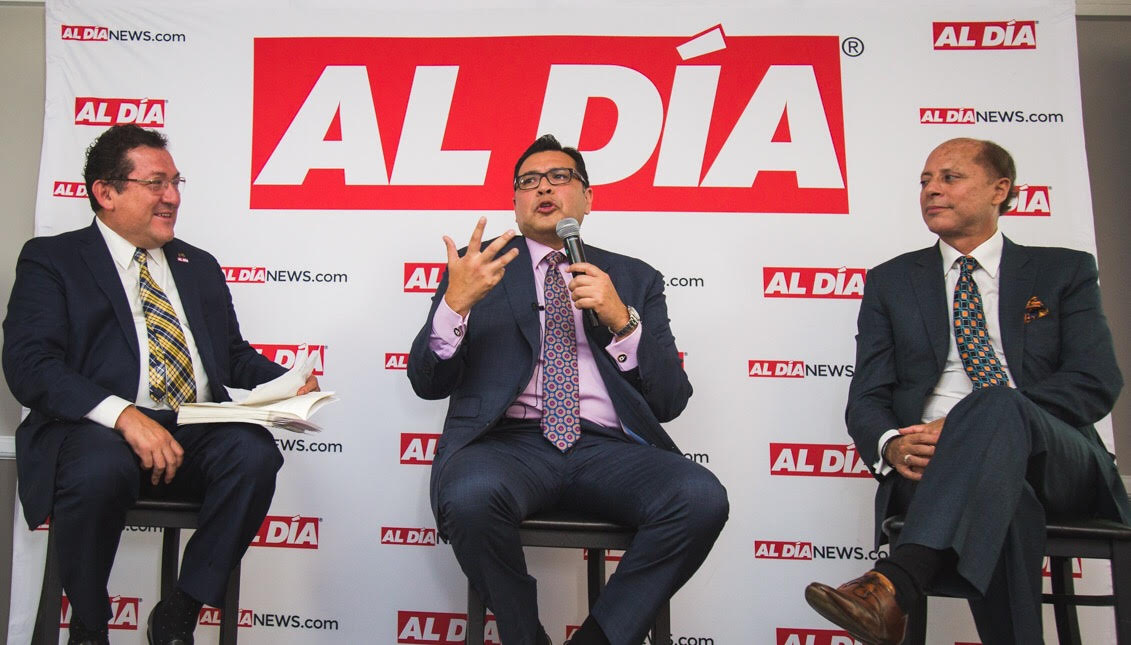 “Auténtico: The Definitive Guide to Latino Career Success” highlights many of the factors that impact Latinos throughout their careers in the corporate world. To make the book happen, the authors did some serious homework.

Leadership is a focus of the book, which was released last year. Speaking on how to be an effective leader, Tapia highlighted that there are proven paths that successful leaders follow, but there is no one specific way to lead.

“Each leader, in a generic sense… has to establish their own leadership style,” Tapia said. “There’s not a cookie cutter approach.

“The best leaders are the ones that follow the roadmap up to a point, and then they invent and create a new way,” he continued.

Hispanics, however, often face challenges in becoming leaders in the corporate world. Rodriguez, President at DRR Advisors, said some of the reasons for these difficulties in recent decades have been family dynamics and the pressures that often come with pursuing advanced degrees.

“Fortunately, the story’s improving,” Rodriguez said. “All the trend lines are moving upwards, but we still have a ways to go.”

Another reason, Rodriguez said, is that many Latinos who do decide to attend college lack knowledge of the process, including how to apply and how to get financial aid. As an alumnus and current advisory board member of the Hispanic Scholarship Fund, Rodriguez sees firsthand how this problem affects young people.

“One of the other challenges we see now is that, for our bright Latino, Latina students who are getting good grades in high school, a lot of them are undermatching,” he said. “They could go to an Ivy League school, they could go to a top tier school, but they’re choosing to go local, to a community college.”

While Rodriguez said there isn’t anything wrong with that approach, he tries to encourage those students to aim higher and try to get into the best school possible.

“A lot don’t believe it’s possible because they don’t always have the role models,” he continued.

The authors agreed that taking risks is one of the most effective ways to move up the corporate ladder.

“When you’re looking at high potential for leadership, you’re actually looking for the people that are not low risk takers,” Tapia said, adding that, while some risk is necessary, recklessness is not.

“We’re looking for people that demonstrate ability to take calculated risks,” he said.

Through their research, the authors discovered that Latinos are often “too risk averse for their talents to show to the full extent,” Tapia said.

Rodriguez detailed another major issue: when Latinos who do find themselves in corporate boardrooms, they don’t always speak on behalf of other Latino talent.

“That’s really an example of not using the power of your position to really advocate and transform,” Rodriguez said.

Overall, the authors agreed that within the corporate world, companies have a responsibility to create conditions that nurture Latino success so that Latinos can help make those companies more successful. The book serves a guide to help make that vision a reality.