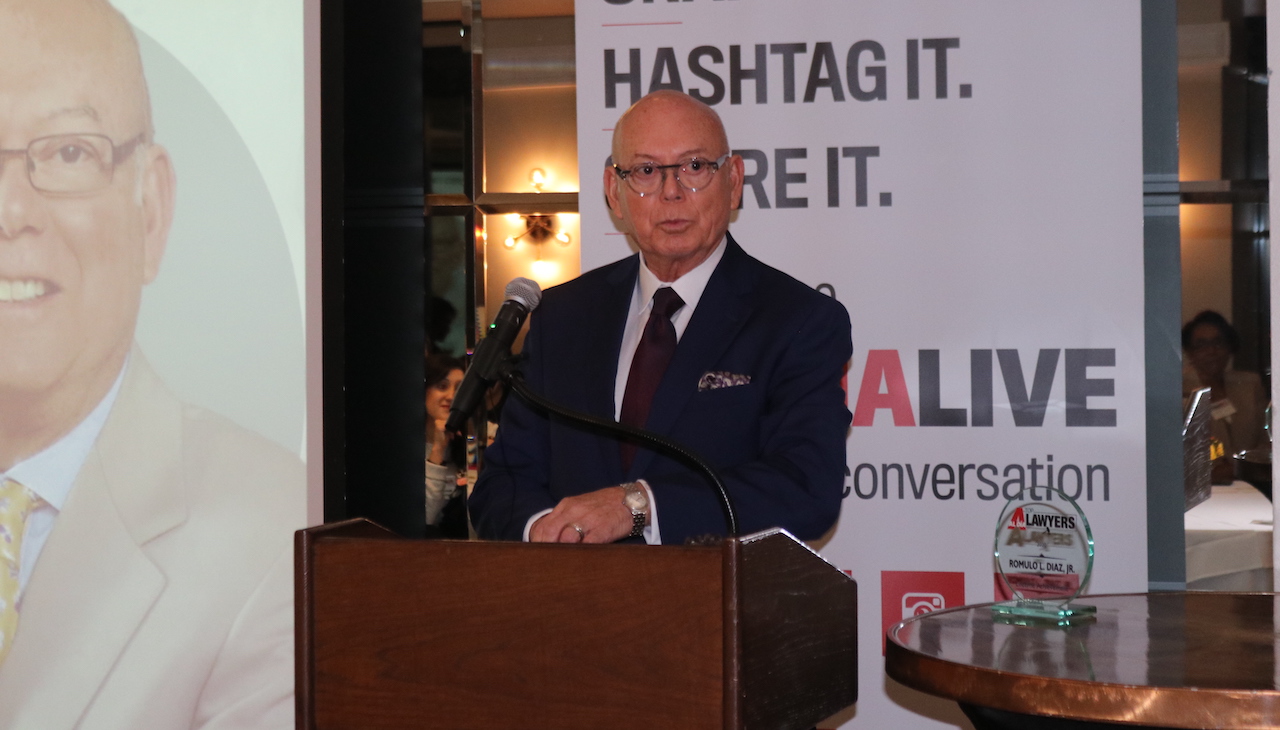 As he celebrates an impressive milestone in his career, Diaz has religiously used his platform to make a difference.

This year, Romy Diaz is celebrating 50 years of being a law professional.

“What a wonderful ride it has been and continues to be,” said Diaz, as he accepted the 2022 Top Lawyer Lifetime Achievement Award.

While he reaches this impressive milestone in his career, he notes that it seems that it was only yesterday that he worried about whether he’d graduate from law school, pass the bar exam, and land his first job.

“And here I am 50 years later, celebrating with so many friends and colleagues in terms of what a legal career has enabled me to do,” Diaz added.

Diaz is a first-generation American born to a Venezuelan father and Mexican-born mother. The first in his family to attend college, it was his parents’ hard work that enabled him to achieve the things he has achieved.

His father is a World War II veteran who was recruited to serve oil tanker convoys and last year, received the Congressional Gold Medal for his service. His mother devoted her life to her passion for helping people — a passion she passed down to Diaz, and his three siblings.

However, it was what he described as “a personal situation” that influenced him to pursue a legal career.

Diaz recalls his mother being in a terrible auto accident one day, nearly losing her life. From a small town in eastern Texas that was filled with Roman Catholics, Diaz’s mother went on a jury trial in connection to that accident.

It was her first time in a courtroom.

Filled with nerves, what gave her comfort during that moment was to pull out her rosary.

“Her attorney said to her, ‘you know, we would have won that trial if you hadn’t pulled out your damn rosary,’” said Diaz.

That situation made Diaz come to the realization that “people shouldn’t have to go into a courtroom having to worry about being something other than themselves,” added Diaz.

“I thought somebody needs to represent and understand where they come from, and I think that was one of my initial motivations.”

Fast forward 50 years later, and Diaz has seen just how vast the legal profession is, and just how far a law degree can take you.

“Along the way, I’ve learned just how fortunate I am to have chosen this career, which has been the most amazing platform to achieve my dreams.”

His career has taken him to the public and private sectors, afforded him the opportunity to work as a lawyer and policymaker, have roles as an executive, diplomat, and most recently, as a corporate director.

The law has provided Diaz with a platform for discovery, learning, achievement and satisfaction. However, the most important one to him, is impact.

“I’ve had an opportunity to do a lot of good,” Diaz said. “And I really credit my legal training, the people that I have learned from — who themselves are lawyers — and others who supported me along the way.”

To this end, Diaz has spent a lot of time paying it forward, and trying to make a difference in his own right for those who are coming after him.

As far as his pieces of advice for those who may be interested in pursuing a legal career, “it’s a great profession for young people to consider today,” he said.

In closing, a legal career allows you to meet many people along the way who can make a difference, and vice versa.