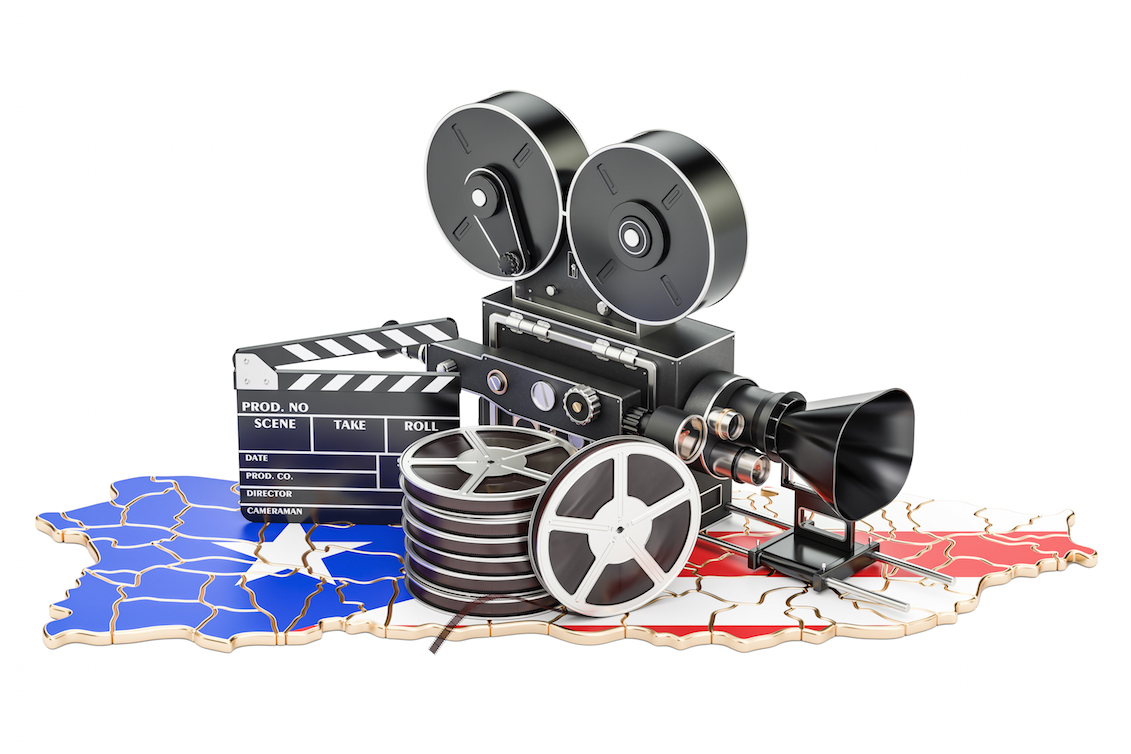 Puerto Rico's film industry is back, but for who? Photo: Getty Images

Local talent is especially at a disadvantage as the island’s film industry reopens from the COVID-19 pandemic.

It was the result of shelter-in-place and business lockdown orders used to fight the spread of the virus, canceling approximately 21 projects in the works and eliminating around 2,900 jobs.

It’s a trend that was seen worldwide, as the global movie industry saw loss estimates hit $32 billion for all of 2020. As 2021 hits its midway point, many in the industry on and off Puerto Rico are only just beginning to see the light at the end of the tunnel.

Puerto Rico only recently began to see filming on the island once again as upwards of 39 cinematic projects were scheduled through June 2021.

These projects were estimated by the Film Industry Development Program (PDIC per its Spanish acronym) to generate $269 million (with a multiplier effect) for the local economy.

Puerto Rico is classified as part of the world film industry with high export and international growth, according to the Department of Economic Development and Commerce (DEDC).

Acosta took over her current position in January, 2021, and she hopes to revitalize the organization post-COVID.

“Our vision at the Puerto Rico Film Commission is to continue to provide incentives that support a film-friendly entrepreneurial environment, for not only local, but off-shore productions,” said Acosta.

With a relatively high vaccination rate of roughly 64%, international acts are showing interest in filming at Puerto Rican locations. Beyond June’s numbers, the amount of shoot locations continues to grow.

Film producers come to Puerto Rico to work in collaboration with the PDIC. It is regulated by Act 60, or the Puerto Rico Incentives Code: a law that offers benefits to producers via tax-credit through government-issued decrees. Incentives are granted after investments are issued.

The organization’s goal is to promote the U.S. territory as a filming destination, and it’s had success of late attracting talent.

Bruce Willis has filmed in Puerto Rico at least six times since 2019, while Mel Gibson filmed on location three times in the past two years. Corona beer also shot five commercials in Puerto Rico during 2020.

A variety of American talent has been securing work in Puerto Rico in addition to Willis and Gibson. This year, Robert DeNiro and John Malkovich also found themselves on the island for projects.

Films such as Wedding Crashers 2 (starring Owen Wilson, Vince Vaugh, Isla Fisher, Rachel McAdams) and Gerald Butler’s The Plane are among some of the most notable to begin filming soon.

Puerto Rico is home to a range of diverse filming locations, another motivator for the growing interest amongst international talent. Locations include beaches, cities, remote locations, forests, airports, and picturesque structures.

However, it’s not all rosy on the island with the rejuvenated influx of stars.

Nadie Barbarrosa — a film producer who worked on La última gira (The Last Tour) — expressed concern over the influx of American talent filming in Puerto Rico that often overlook local talent and productions.

“It is difficult to compete with people who come from the United States with a multimillion-dollar budget,” said Barbarrosa. “It is ideal to put into perspective the cultural value here within cinematography because we believe in the same thing.”

Puerto Rican filmmaker Juan Linares shared similar sentiments, noting that “highly-qualified professionals” work on the island, but do not have access to the same financial resources as international contenders.

Since Puerto Rico is a U.S. territory, American producers need not worry about visas, commercial barriers, or differing currency and banking systems. The transition is rather easy and the added incentives only make it more enticing.

Local filmmakers also do not receive similar benefits, and may need to work with U.S. unions such as SAG.

An annual cap on credits for Puerto Rican resident companies and individuals was lowered to $38 million per year. This is down from a previous $50 million cap, which some are attempting to reinstate.

This $38 million tax credit hit its cap after spending on just four projects.

Many in Puerto Rico are fearful of the weakening resources and incentives offered to local filmmakers.

“These incentives are our lifeblood,” producer Carlos Nido said.

As the film industry reopens worldwide, international talent is spreading itself across the globe. To preserve the rich cultural heritage of filmmaking in Puerto Rico, the same advantages must be offered.