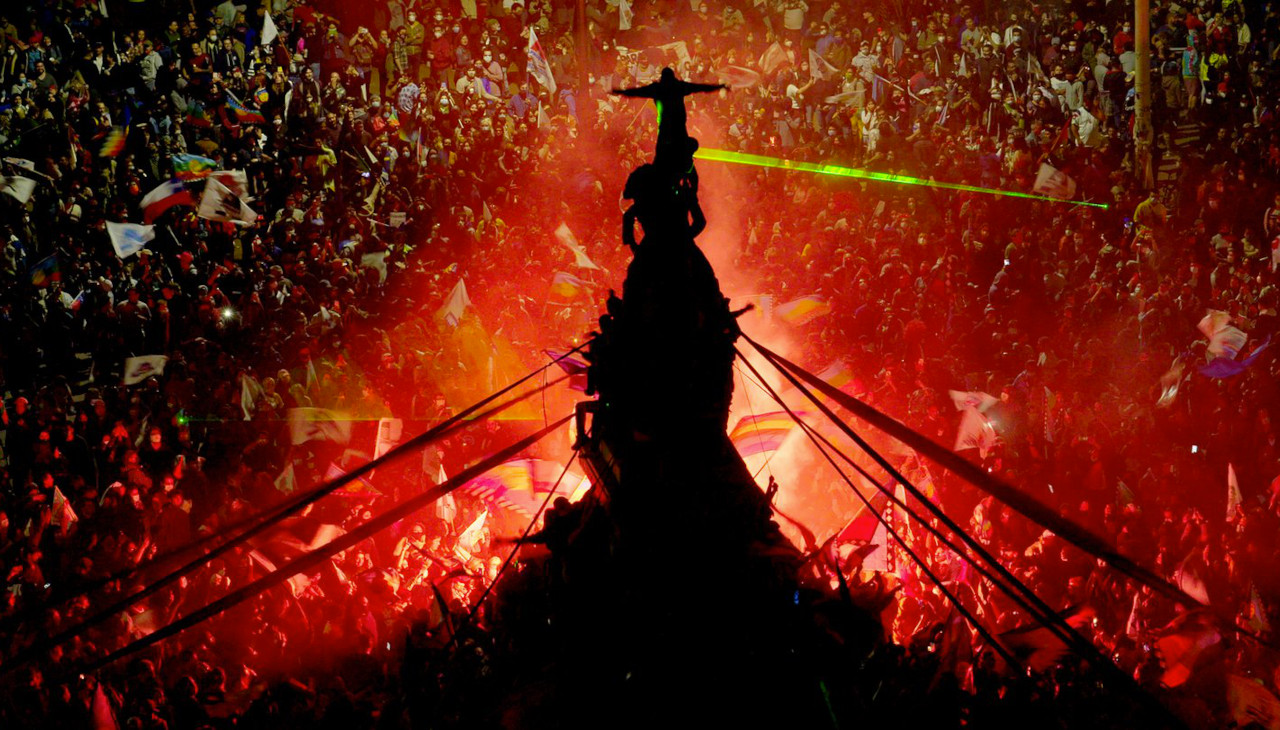 The documentary 'My Imaginary Country' is being shown in several theaters in the United States. Photo: © Atacama Productions.

The film 'My Imaginary Country,' by Chilean director Patricio Guzmán, opens in theaters in the United States during October.

In October 2019 an unexpected revolution and social explosion occurred in Chile. A million and a half people demonstrated in the streets of Santiago asking for more democracy, a more dignified life, better education, a better health system and a new Constitution. Chile had recovered its memory.

"The event that I had been waiting for since my student struggles in 1973 finally materialized," Patricio Guzmán recounts in My Imaginary Country.

That day, which came without warning, was the beginning of a revolution in the South American country. Featuring harrowing footage of frontline protests and interviews with dynamic activist leaders, the documentary by the renowned Chilean filmmaker powerfully connects Chile's complex and bloody history with contemporary revolutionary social movements and the election of a new president.

Featuring harrowing opening lines of protest footage and interviews with dynamic activist leaders, the film connects Chile's history with contemporary revolutionary social movements and the election of a new president.

The cast of the documentary My Imaginary Country is made up of the journalist Mónica González, the feminist collective Las Tesis, the Mapuche constituent president Elisa Loncón, the writer and actress Nona Fernández, political scientist Claudia Heiss and filmmaker Pepa San Martín.

Produced in Chile and France, the European country where the Andean director lives, the film premiered at the Cannes Film Festival, later in Chile and less than a month ago in the Horizontes Latinos section of the prestigious San Sebastian Film Festival .

The film recently debuted in theaters in New York, Chicago, Boston, and Los Angeles, and will premiere in San Diego, Minneapolis, and Seattle in October. You can check all the dates on this website.

Who is Patricio Guzman?

The renowned director has produced 16 documentaries throughout his career and is one of the most internationally recognized Chilean filmmakers.

Forced to leave Chile in 1973, Guzmán lived in countries such as Cuba, Spain and France — the country where he currently resides at the age of 80.

Later, he produced the trilogy dedicated to Chile made up of Nostalgia de la luz (2010), The Nacar Button (2015) and The Cordillera of Dreams (2019). The latter is a winner of the Oeil d'Or for Best documentary at Cannes and Best Ibero-American Film at the Goya Awards in 2022.