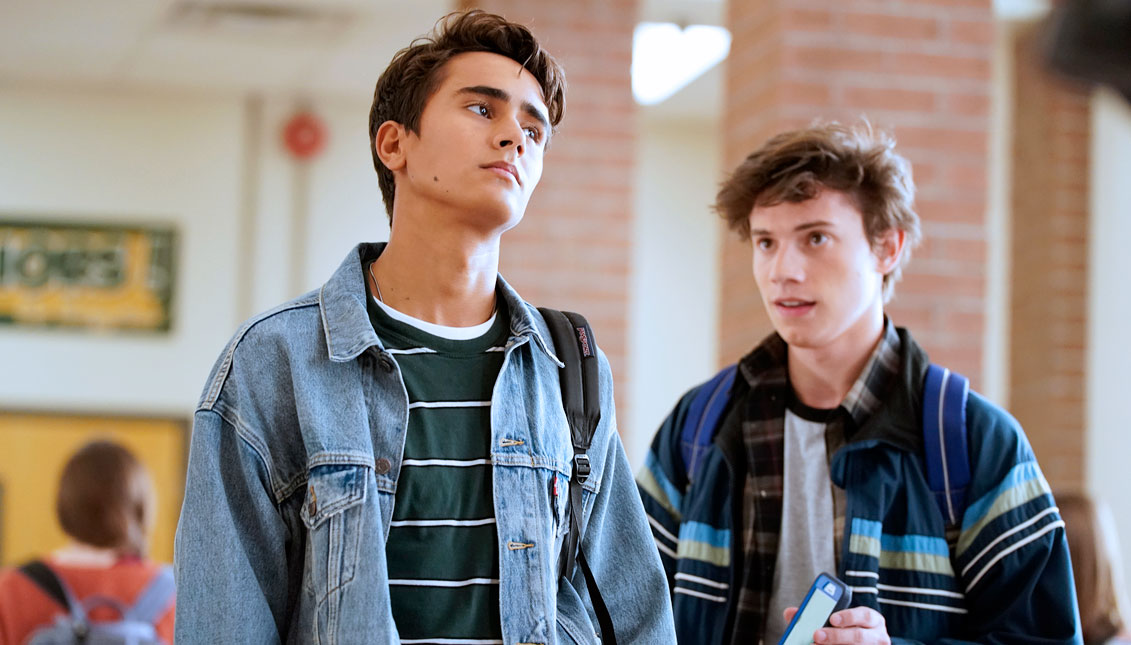 "Love, Victor," the series about what it's like to be gay or bisexual for a young Latino

Victor Salazar, interpreted by Michael Cimio, a teenager who just arrived in Atlanta after his family moved from Texas.

The series, which premiered on Hulu a few days ago, has attracted attention because of the way it brings to the discussion elements that had not been brought to the table before in the American series on homosexuality: in principle, the added complexity of race and everything that comes from Latino family structures: like relationships with grandparents, for example.

The series is woven with the universe created in the 2018 film "Love, Simon", which portrays the same quest for the case of a white teenager. Rather than being an apology for retelling a story of sexual diversity from a white man's perspective, "Love, Victor" is an exercise in assuming how intersectionality changes people's experiences.

For better or worse, the experience of coming to terms with sexuality is not the same in all communities and for all people. And to the extent that this is assumed, the difficulties arising from it can also begin to be overcome.

The series presents another opportunity: given the visibility it is receiving, it may allow the cultivation of a new generation of actors who will contribute to bringing more diversity to those represented in series and films.

With a racially diverse cast, we are seeing the return of actresses and actors who had occasional roles in series or relatively small roles to have the opportunity to become more established.

That is the case with Michael Cimio himself.Cimio, of Puerto Rican and Sicilian descent, had already made part of four films and had appearances in the series Trining Day (2017), Walk the Prank (2018) and Dog Days (2018), but Love, Victor is his first appearance in a leading role.

The same happens with Rachel Naomi Hilson -Mia Brooks in the series, who makes Victor doubt that he is gay when he feels that it is already clear to him. Hilson had already participated in four movies and even though she appeared in seven episodes of The Good Wife and has worked in eleven other television productions, "Love, Victor" can be a space for a wider audience to know her skills as an actress.