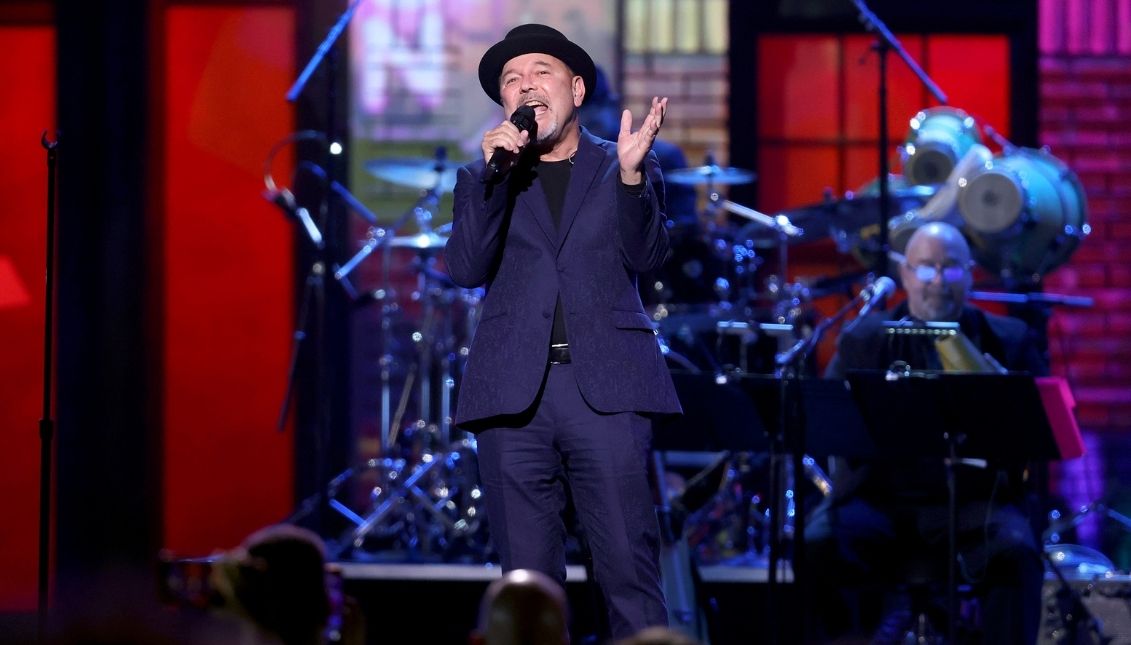 Latin Grammy 2021: The best of the latin music night

An evening of many emotions and incredible presentations at the 22nd edition of the Latin Grammy Awards from Las Vegas.

Yesterday the award for a lifetime was awarded to the salsa legend, Rubén Blades, and other special awards to the Argentine Fito Páez and the Spanish Joaquín Sabina.

The artists are arriving on the red carpet of the event to be held at the MGM Grand Garden Arena in Las Vegas.

11:10 The event closes with an amazing show featuring Bad Bunny

Bad Bunny was in charge of closing the night with the interpretation of his song ‘Maldita pobreza.’

Album of the year goes to Salswing! By Ruben Blades with Roberto Delgado and Orchestra.

The song ‘Patria y Vida’, performed by Yotuel, Gente de Zona and Descemer Bueno, was chosen as Best Song of the Year.

The award was dedicated to "all Latina mothers who believe in their children's dreams" and to "a free Cuba," Yotuel said.

The award for Best Recording of the Year goes to Caetano Veloso and Tom Veloso with their album ‘Tal vez.’

Juliana is an actress, singer and digital influencer.

The best reggaeton performance is for Karol G with her song 'Bichota'.

The artist could not be present at the delivery.

The Person of the Year award, one of the biggest of the night, goes to Ruben Blades, who with his poetry has transformed the world of music.

This recognition is given to Blades by Residente.

The Colombian singer Juanes begins his presentation with the group Café Tacuba interpreting the song "No tengo dinero."

In theory, this is the artist's last album for a while, as he seeks to dedicate himself to acting.

Maria Becerra and Tito Paez announced the winner for Best Pop Vocal Album. The award went to the Colombian artist Camilo for his album ‘Mis manos’.

This is your fourth Latin Grammy tonight.

The Spanish C Taganga takes the stage to sing his hit ‘Ingobernable’ accompanied by Antonio Carmona and La Húngara.

He is another of the most nominated artists tonight.

Carlos Rivera accompanies the ceremony not only as a presenter but also as a singer, interpreting "Esta tarde lo vi llover."

The presentation paid tribute to Armando Manzanero, who passed away in December 2020.

A double award: The award for Best Norteño Music Album is a TIE for ‘Al estilo rancherón’ by Los Dos Carnales and ‘Volando alto’ by Palomo.

Evaluna and Ricardo Montaner announce the presentation of Camilo, who opens his show with the winning song for Best Pop Song ‘Vida de rico’.

Bella Thorne and Silvestre Dangond present the first prize of the night for Best Traditional Pop Vocal Album.
The winner is Juan Luis Guerra with his Album ‘Privé’.

7 p.m. - The red carpet opens
The artists begin to arrive to parade on the red carpet of the Latin Grammy.
Mon Laferte took the opportunity to show her pregnancy during her appearance.