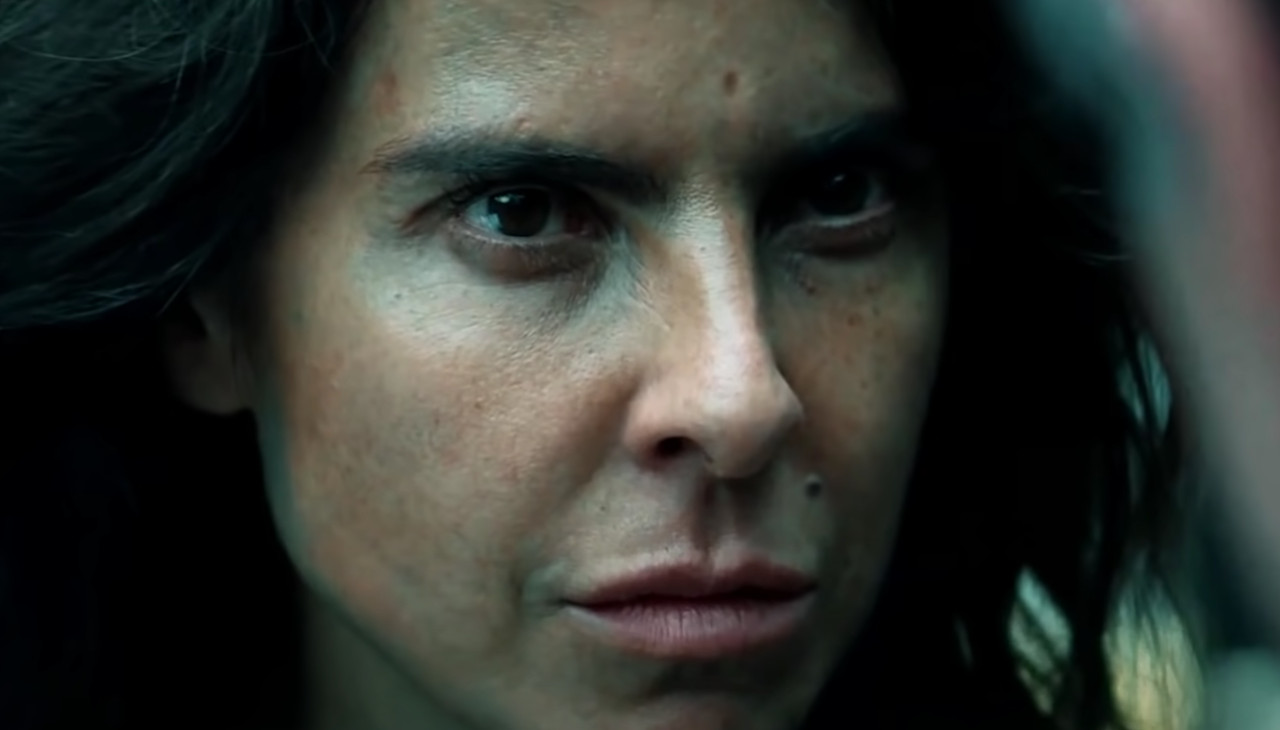 The television series La Reina del Sur, which focuses on the violence and power of drug cartels in Mexico, will soon release a third season. Fans of La Reina del Sur, who were anxiously awaiting this moment, were finally able to watch a trailer of what is going to happen in the new season. Star Kate Del Castillo shared the trailer on her social media.

The Mexican actress plays the character Teresa Mendoza: a woman of her same nationality of humble origins who became a legend of the drug trade. The first seasons on La Reina del Sur came out in 2011 and the second one came out in 2019.

Continuing the last episodes of the second season, which won an Emmy Award for Best Foreign Language Prime Time Series, season three of the thriller begins with Teresa serving a sentence in prison.

The hope of meeting her daughter Sofía, after four years without seeing her keeps Teresa strong and focused on an escape plan to Mexico. After collaborating with her friends and overcoming numerous obstacles, Teresa rejoined her daughter to protect her from her old enemies, and must face new dangerous adventures.

The premiere date of the new season is still uncertain. However, after being postponed in 2021 due to the pandemic, it is expected that the new episodes will air in 2022. Shooting took place in various Latin American locations in countries, such as Argentina, Bolivia, Colombia, Peru and Mexico.

La Reina del Sur is a Telemundo and Netflix production. The first company is in charge of broadcasting the television series in the U.S. and Puerto Rico; and the streaming platform distributes it to the rest of the world.

A hit in the United States

The series is based on a book of the same name written by Spanish author Arturo Pérez-Reverte, published in 2002.

The first season of the television version of La Reina del Sur was a total success in the United States, where it achieved audience peaks in the first week of its broadcast. On Netflix, the second season was in the top 10 productions with the highest number of viewers.

In addition to the Spanish-language version, La Reina del Sur has an English name too. It's called Queen of the South, and was released on Netflix in 2016. The show stars Alice Braga, Verónica Falcón and Justina Machado.

TAGS
pihep10533
.•♫•♬• 𝐈 𝐛𝐚𝐬𝐢𝐜𝐚𝐥𝐥𝐲 𝐦𝐚𝐤𝐞 𝐚𝐛𝐨𝐮𝐭 $𝟔,𝟎𝟎𝟎-$𝟖,𝟎𝟎𝟎 𝐚 𝐦𝐨𝐧𝐭𝐡 𝐨𝐧𝐥𝐢𝐧𝐞. 𝐈𝐭’𝐬 𝐞𝐧𝐨𝐮𝐠𝐡 𝐭𝐨 𝐜𝐨𝐦𝐟𝐨𝐫𝐭𝐚𝐛𝐥𝐲 𝐫𝐞𝐩𝐥𝐚𝐜𝐞 𝐦𝐲 𝐨𝐥𝐝 𝐣𝐨𝐛𝐬 𝐢𝐧𝐜𝐨𝐦𝐞, 𝐞𝐬𝐩𝐞𝐜𝐢𝐚𝐥𝐥𝐲 𝐜𝐨𝐧𝐬𝐢𝐝𝐞𝐫𝐢𝐧𝐠 𝐈 𝐨𝐧𝐥𝐲 𝐰𝐨𝐫𝐤 𝐚𝐛𝐨𝐮𝐭 𝟏𝟎-𝟏𝟑 𝐡𝐨𝐮𝐫𝐬 𝐚 𝐰𝐞𝐞𝐤 𝐟𝐫𝐨𝐦 𝐡𝐨𝐦𝐞. 𝐈 𝐰𝐚𝐬 𝐚𝐦𝐚𝐳𝐞𝐝 𝐡𝐨𝐰 𝐞𝐚𝐬𝐲 𝐢𝐭 𝐰𝐚𝐬 𝐚𝐟𝐭𝐞𝐫 𝐈 𝐭𝐫𝐢𝐞𝐝 𝐢𝐭…. •♬•♫•. HERE ➤➤ https://www.workbz.com
faxad86909
I make 85 dollars each hour for working an online job at home. dso I never thought I can do it but my best friend makes 10000 bucks every month working this job and she recommended me to learn more about it.
The potential with this is endless...>>>>>> www.fuljobz.com
hebog56044
Google pay 97$ per hour my last pay check was $8500 working 1o hours a week online. My younger brother friend has been averaging 12k for months now and he works about 22 hours a week. I cant believe how easy it was once I tried it outit..
:) AND GOOD LUCK.:)

HERE====)> www.worksful.com
feyex76384
I getting Paid up to $15,000 this week, Working Online at Home. I’m full time Student. I Surprised when my sister's told me about her check that was $97k. It’s really simple to do. Everyone can get this job.
.
Go to home tab for more details.☛☛☛ 𝘄𝘄𝘄.𝗪𝗼𝗿𝗸𝗛𝗲𝗿𝗲𝟱𝟬.𝗧𝗸
xaxofag723
I’m making over $17k a month working part time. I kept hearing other people tell me how much money they can make online so I decided to look into it. Well, it was all true.
This is where i started… 𝐰𝐰𝐰.𝐡𝐦𝐣𝐨𝐛𝐳.𝐜𝐨𝐦
wolocih295
Start making cash online work easily from home.i have received a paycheck of $24K in this month by working online from home.i am a student and i just doing this job in my spare time and i work daily 2 to 3 hours a day.everybody can join this job and make extra income in part time by follow this link……
smile AND GOOD LUCK.smile
HERE====)> 𝐰𝐰𝐰.𝐰𝐨𝐫𝐤𝐬𝐜𝐥𝐢𝐜𝐤.𝐜𝐨𝐦
aquqok
I get paid more than $200 to $400 per hour for working online. I heard about this job 3 months ago and after joining this I have earned easily $30k from this without having online working skills . Simply give it a shot on the accompanying site…

Here is I started.…………>> 𝗪𝘄𝘄.𝗦𝗺𝗮𝗿𝘁𝗣𝗮𝘆𝟭.𝗰𝗼𝗺
woson82288
I make 85 dollars each hour for working an online job at home. dso I never thought I can do it but my best friend makes 10000 bucks every month working this job and she recommended me to learn more about it.
The potential with this is endless copy the link...>>>>>>—————-> 𝗪𝘄𝘄.𝐄𝐚𝐬𝐲𝐰𝐨𝐫𝐤𝟐.𝐂𝐎𝐌
jiriti1850
Home-based job that pays more than $17,000 per month by doing simple tasks on a laptop or mobile device part-time. Last month, I earned $16783 from this job by working 4 hours per day online. Very simple jobs to do, and the earnings are insane. Everyone can now make more money online by joining the website listed below….. RIGHT HERE copy —————-> 𝗪𝘄𝘄.𝐄𝐚𝐬𝐲𝐰𝐨𝐫𝐤𝟐.𝐂𝐎𝐌
recefo5237
I am making a good salary from home $6580-$7065/week , which is amazing under a year ago I was jobless in a horrible economy. I thank God every day I was blessed with these instructions and now its my duty to pay it forward and share it with Everyone, Here is I started__________ 𝐰𝐰𝐰.𝐝𝐞𝐬𝐚𝐥𝐚𝐫𝐲.𝐜𝐨𝐦
gohavaj329
I’m making over $17k a month working part time. I kept hearing other people tell me how much money they can make online so I decided to look into it. Well, it was all true.
This is where i started… 𝐰𝐰𝐰.𝐑𝐢𝐜𝐡𝐣𝐨𝐛𝐳.𝐜𝐨𝐦
dimife6053
𝐈 𝐠𝐞𝐭 𝐩𝐚𝐢𝐝 𝐦𝐨𝐫𝐞 𝐭𝐡𝐚𝐧 $𝟗𝟎 𝐭𝐨 $4𝟎𝟎 𝐩𝐞𝐫 𝐡𝐨𝐮𝐫 𝐟𝐨𝐫 𝐰𝐨𝐫𝐤𝐢𝐧𝐠 𝐨𝐧𝐥𝐢𝐧𝐞. 𝐈 𝐡𝐞𝐚𝐫𝐝 𝐚𝐛𝐨𝐮𝐭 𝐭𝐡𝐢𝐬 𝐣𝐨𝐛 𝟑 𝐦𝐨𝐧𝐭𝐡𝐬 𝐚𝐠𝐨 𝐚𝐧𝐝 𝐚𝐟𝐭𝐞𝐫 𝐣𝐨𝐢𝐧𝐢𝐧𝐠 𝐭𝐡𝐢𝐬 𝐈 𝐡𝐚𝐯𝐞 𝐞𝐚𝐫𝐧𝐞𝐝 𝐞𝐚𝐬𝐢𝐥𝐲 $𝟏𝟎𝐤 𝐟𝐫𝐨𝐦 𝐭𝐡𝐢𝐬 𝐰𝐢𝐭𝐡𝐨𝐮𝐭 𝐡𝐚𝐯𝐢𝐧𝐠 𝐨𝐧𝐥𝐢𝐧𝐞 𝐰𝐨𝐫𝐤𝐢𝐧𝐠 𝐬𝐤𝐢𝐥𝐥𝐬 . 𝐒𝐢𝐦𝐩𝐥𝐲 𝐠𝐢𝐯𝐞 𝐢𝐭 𝐚 𝐬𝐡𝐨𝐭 𝐨𝐧 𝐭𝐡𝐞 𝐚𝐜𝐜𝐨𝐦𝐩𝐚𝐧𝐲𝐢𝐧𝐠 𝐬𝐢𝐭𝐞…

Open The Link———–>>> 𝐖𝐰𝐰.𝐑𝐢𝐜𝐡𝐬𝐚𝐥𝐚𝐫𝐲.𝐜𝐨𝐦
siheme4933
Read following report to learn how a single-mom with 3 kids was able to generate $89,844 of annual income working in her spare time online from her home without selling.