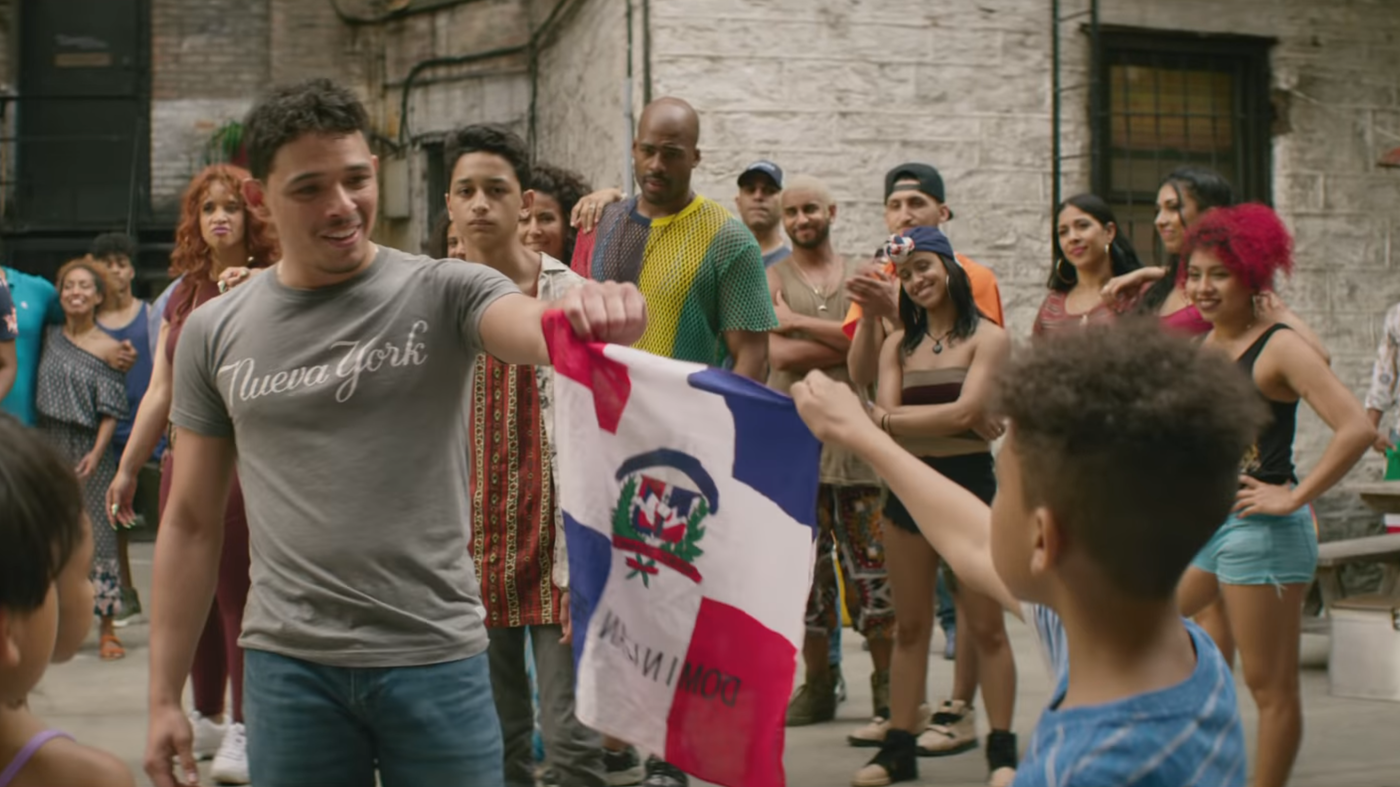 Frame from the official trailer of the movie, In the Heights

On its 20th anniversary, the Tribeca Film Festival announced that the celebration will feature Lin-Manuel Miranda's highly anticipated film, In The Heights.

The Tribeca Film Festival announced last Friday, May 11 that this year's edition will open with the film In The Heights, an adaptation of the first musical written by Lin-Manuel Miranda.

The event will be held June 9-20 at New York's iconic Radio City Music Hall, which will reopen at 100% capacity after more than a year of closure. The film will be screened at the opening of the show simultaneously in all five boroughs of the city, in outdoor venues.

The film's inclusion in the New York festival coincides with the world premiere of In The Heights. This Latin flavored film revolves around the lives and concerns of several characters living in the Washington Heights neighborhood, where there is a large concentration of Dominican immigrants.

"It is an honor to inaugurate the 20th anniversary of the Tribeca Film Festival... We can't wait to share this love letter in the form of a musical to our community, with our community, in our community," said an emotional Miranda in a statement.

Jane Rosenthal, co-founder and executive director of the Tribeca Film Festival, was proud to have the film on the first night of the showcase to celebrate the Latino community.

"In The Heights is the quintessential New York history of hard work, resilience and triumph," she said.

It was directed by Jon M. Chu (Crazy Rich Asians, 2019), and was produced by Warner Bros. While it was scheduled to hit theaters in June 2020, the release was put on hold due to the health crisis.  The film can be seen from June 11 in U.S. theaters, and 31 days later on the HBO Max platform.

So far, the festival has not yet confirmed the other films that will screen at the event.