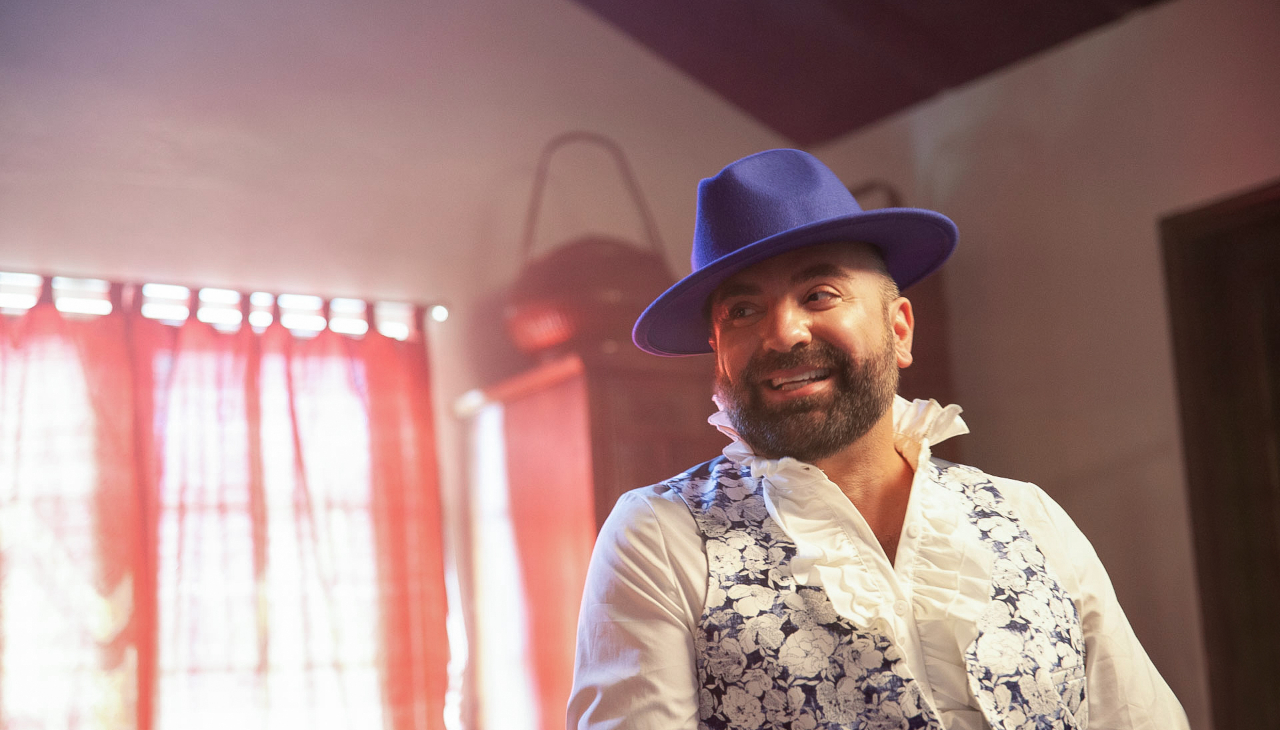 Ash Ruiz, one of the former members of the most famous Latin boy band of all time, offers testimony in the documentary 'Menudo: Forever Young'. Photo Courtesy: HBO Max.

The secrets behind the glamor of Menudo

A documentary about the most iconic Latin American boy band in history, Menudo, premiered at the Tribeca Festival and will soon be available on HBO Max.

The documentary Menudo: Forever Young “will chronicle the rise and fall of the most iconic Latin American boy band in history, bringing viewers into the world of the popular teen idols’ global tours, magazine covers, ‘80s outfits, and screaming fangirls,” according to its synopsis.

This Puerto Rican band was formed in 1977 under the guidance producer and manager Edgardo Díaz. The group was always made up of teenagers, who were immediately replaced once they turned 16. Among them was once renowned singer Ricky Martin. Throughout its history, Menudo has had a total of 30 members.

The Latin musical group experienced a rapid ascent because it arrived at a time when the Latin community could not find representation or spaces for Latin talent on American television.

By breaking stereotypes and singing in Spanish, the band created a sense of pride and belonging, especially among Puerto Ricans in New York.

The popularity was such that the band filled Madison Square Garden on multiple occasions and sold 20 million records worldwide. However, not all that glittered was gold. That's at least what Menudo: Forever Young tries to reveal.

The four-part documentary aims to expose the network of abuse and exploitation that existed behind the glitz and glamor of the Puerto Rican boy band.

Through interviews with more than a dozen former Menudo members — among them, Johnny Lozada, Ash Ruiz, Angelo García, Andy Blázquez and Ralphy Rodríguez — the production seeks to expose how the extravagant facade hid serious harm to the physical and mental health of its young members.

“There were a lot of good things that came out of Menudo, but there was a price to pay for that magic,” Rodriguez said.

"I remember being in Brazil and finding myself in a room with some older men, asking myself if I liked sex anymore," Ruiz said.

Both testimonies have been included in the trailer that was recently released.

Not without controversy and controversy, the documentary premiered at the Tribeca Film Festival, and will be available on HBO Max starting June 23.

TAGS
hekadap699
Making money online more than $15k just by doing simple work from home. I have received $18376 last month. Its an easy and simple job to do and its earnings are much better than regular office job and even a little child can do this and earns money. Everybody must try this job by just use the i nfo on this page.

Open The Link----------->>> 𝐖­­𝐰­­𝐰­­.𝐖­­𝐨­­𝐫­­𝐤­­𝐒­­𝐢­­𝐭­­𝐞­­𝟐­­𝟒.𝐂­­𝐨­­𝐦
wolocih295
Start making cash online work easily from home.i have received a paycheck of $24K in this month by working online from home.i am a student and i just doing this job in my spare time and i work daily 2 to 3 hours a day.everybody can join this job and make extra income in part time by follow this link……
smile AND GOOD LUCK.smile
HERE====)> 𝐰𝐰𝐰.𝐰𝐨𝐫𝐤𝐬𝐜𝐥𝐢𝐜𝐤.𝐜𝐨𝐦
aquqok
I get paid more than $200 to $400 per hour for working online. I heard about this job 3 months ago and after joining this I have earned easily $30k from this without having online working skills . Simply give it a shot on the accompanying site…

COPY AND OPEN NOW………>>> 𝗪𝘄𝘄.𝗡𝗲𝘁𝗖𝗮𝘀𝗵𝟭.𝗖𝗼𝗺
hanosoy179
I get over $25k a month working part time. I kept hearing other people tell me how much money they can make online so I decided to look into it. Well, it was all true and has totally changed my life...This is what I do, check it out by Visiting Following Link open here → 𝗪𝘄𝘄.𝗦𝗺𝗮𝗿𝘁𝗝𝗼𝗯𝟭.𝗰𝗼𝗺
woson82288
I make 85 dollars each hour for working an online job at home. dso I never thought I can do it but my best friend makes 10000 bucks every month working this job and she recommended me to learn more about it.
The potential with this is endless copy the link...—————-> 𝗪𝘄𝘄.𝐄𝐚𝐬𝐲𝐰𝐨𝐫𝐤𝟐.𝐂𝐎𝐌
damixo3745
I'am making over $15k a month working online. I kept seeing how some people are able to earn a lot of money online, so I decided to look into it. I had luck to stumble upon something that totally changed my life. After 2 months of searching, last month I received a paycheck for $15376 for just working on the laptop for a few hours weekly. I was amazed how easy it was after I tried it copy below web…
www.gold.salary23.com
Log in | Register
00:00 / 00:00
Ads destiny link