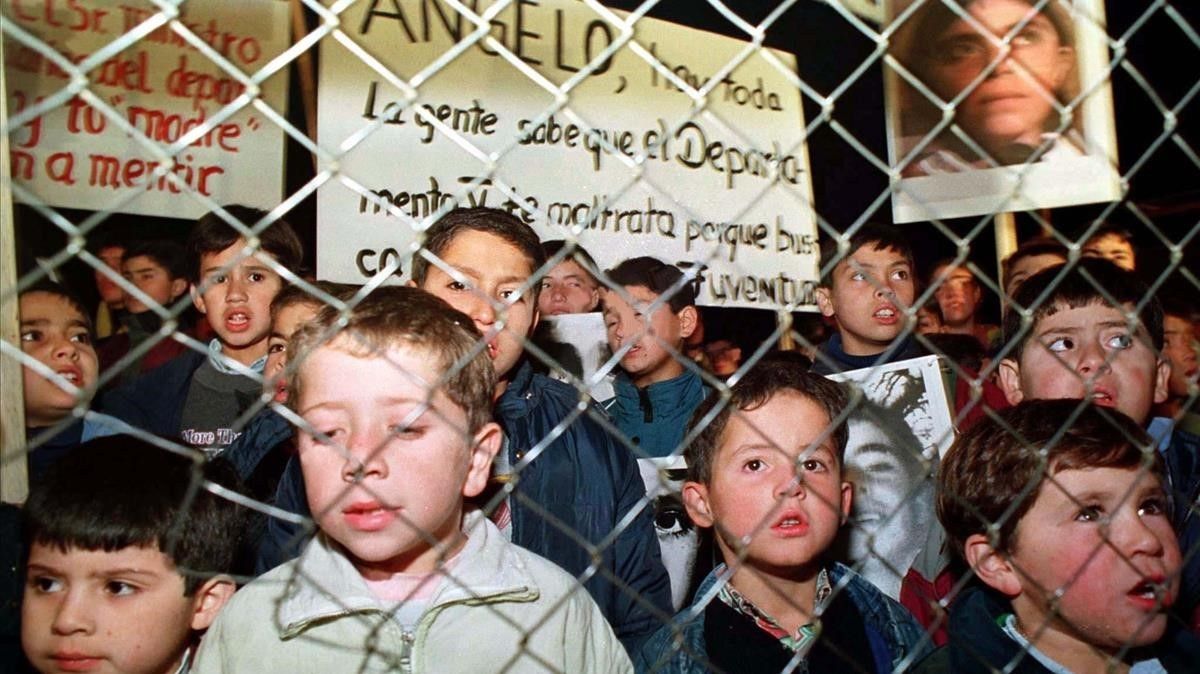 Colonia Dignidad children with posters in defense of their leader, accused of pedophilia.  Photo: Luis Chang/Reuters.

The docu-series A Sinister Sect: Colonia Dignidad will come to Netflix in October and reveal the truth about a German sect in Chile.

On Oct. 1, Netflix will release A Sinister Sect: Colonia Dignidad, a documentary about a German Nazi sect that was established in Chile in 1961.

The leader and preacher of the sect, Paul Schäfer, was accused of sexual abuse and torture. The docu-series will show the practices carried out by Schäfer and his followers in the Province of Linares in Chile.

The leader of this German colony had been part of the Hitler Youth and his intention was to take his nationalist military ideology to South America.

The docu-series is based on the testimonies of people who went through the torture camp. They relate how the sect functioned and the scandals that were unleashed there, such as cases of pedophilia, arms trafficking, murders, kidnappings and slavery.

The interviewees say that at that time, Schäfer was a friend of the last Chilean dictator, Augusto Pinochet, who knew what was going on in southern Chile.

Between forced labor and torture, some of the victims explain some of the chilling scenes to which they were subject to at the hands of the preacher and his sympathizers.

"I had always thought he was like Adolf Hitler," explained a German woman. In the trailer, viewers see another victim who reveals that "there are hundreds of people" who were murdered.

The "Colonia" case was uncovered years ago and is generating a stir thanks to new pieces of visual media that denounce what happened 50 years ago.

The Netflix documentary, Colonia Dignidad, is the third such piece that addresses the case of this sect that brought Nazism to Latin America to torture minors and adults. In 2015, Emma Watson and Daniel Brühl starred in the film Colonia, which involved the infamous cult, while last year, the documentary Songs of Repression premiered at the Copenhagen International Documentary Film Festival.