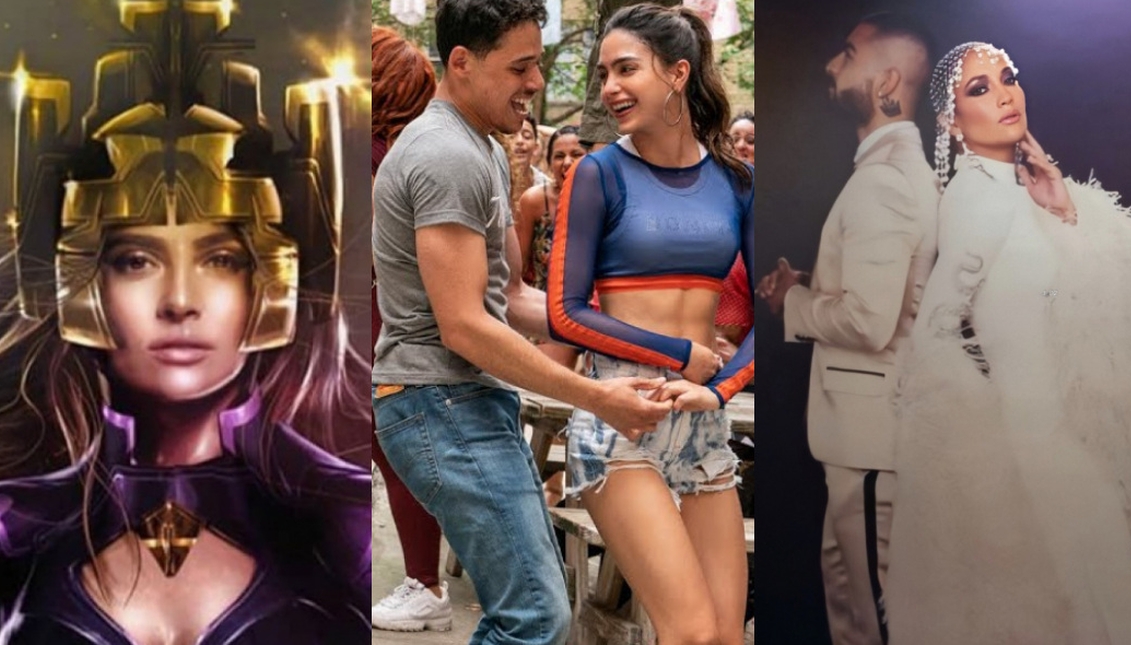 Take a look at five of the most anticipated films of 2021.

The most anticipated films of 2021 are overflowing with Latino talent

Some premiers are already marked on the calendar and others have been postponed so long that when the movie theaters open, they will be flushed with new flicks…

In 2020, film production companies tried all kinds new strategies to cope with COVID-19, including parallel releases on streaming platforms to try to avoid further delays and losses. The commercial result has been discouraging, showing that these were only temporary measures and that nothing to date surpasses revenue of a commercial release in movie theaters.

All of this has resulted in a 2021 that is chock full of more movies than ever.

And among those releases are Latinx actors and actresses, as well as all sorts of artists that expand the diversity of the expansion of Hollywood and American cinema.

Edgar Ramirez, JLO or Pedro Pascal are just some of the most important names in a year expected to be full of Latin talent, which also encourages production companies from different countries.

Here are five of the most anticipated films where Latinx actors play major roles.

The Marvel film universe is entering a new phase of expansion. They now delve into the cosmic origins of the universe of heroes and sidereal villains from a comic book written in 1976 by Jack Kirby.

Salma Hayek will be in charge of giving life to Ajak, an eternal androgynous for whom the Mexican actress seems perfect and very excited to play. Celestials and Eternals will fight against the Deviants. Having Angelina Jolie on the cast also ups the ante.

Jennifer Lopez to be Vogue's December cover girl
November 9th, 2022
J-Lo is the most influential artist at the Grammy Awards
October 14th, 2022
Preparations for the Cartagena International Film Festival have begun
September 5th, 2022
No time to die

Daniel Craig's return as Agent 007 is now set for an April 2 premier. James Bond is back with his 25th film to face, as always, a powerful villain who is eager to destroy the world played by Rami Malek.

Ana de Armas, who already impressed the world with the previous Bond movie and in the second release of Blade Runner, will again be an impressive "Bond girl" and the reason for more than one to watch.

In this new version of the fairy tale scheduled for a February release, the musical will serve as the big screen debut of singer Camila Cabello, a Cuban-American singer famous for being a part Fifth Harmony and a major solo career with albums such as Camila and Romance. A multiple-Grammy winner, she is expected to appear alongside Idina Menzel and Billy Porter.

Lin-Manuel Miranda is one of the most popular names in the world of musicals this year, both for the adaptation of his musical Hamilton and for his commitment to the Latino vote during the election campaign.

Another successful Broadway musical, postponed several times, is expected to be adapted this summer. The film chronicles the life of a Dominican community in Washington Heights with performances by Anthony Ramos, Melissa Barrera, Stephanie Beatriz and Marc Anthony.

Shortly before Valentine's Day, this romantic comedy will launch and media bomb that will bring together one of Colombia's biggest stars, Maluma, and Jennifer Lopez.

Along with them is a classic of the American genre, Owen Wilson, in the mega-production to try to repeat the success of J-Lo in Hustlers. It is a media love story between stars full of great appearances like J Balvin, Black Eyed Pead, Gustavo Dudamel, Ozuna, and Rosalía.