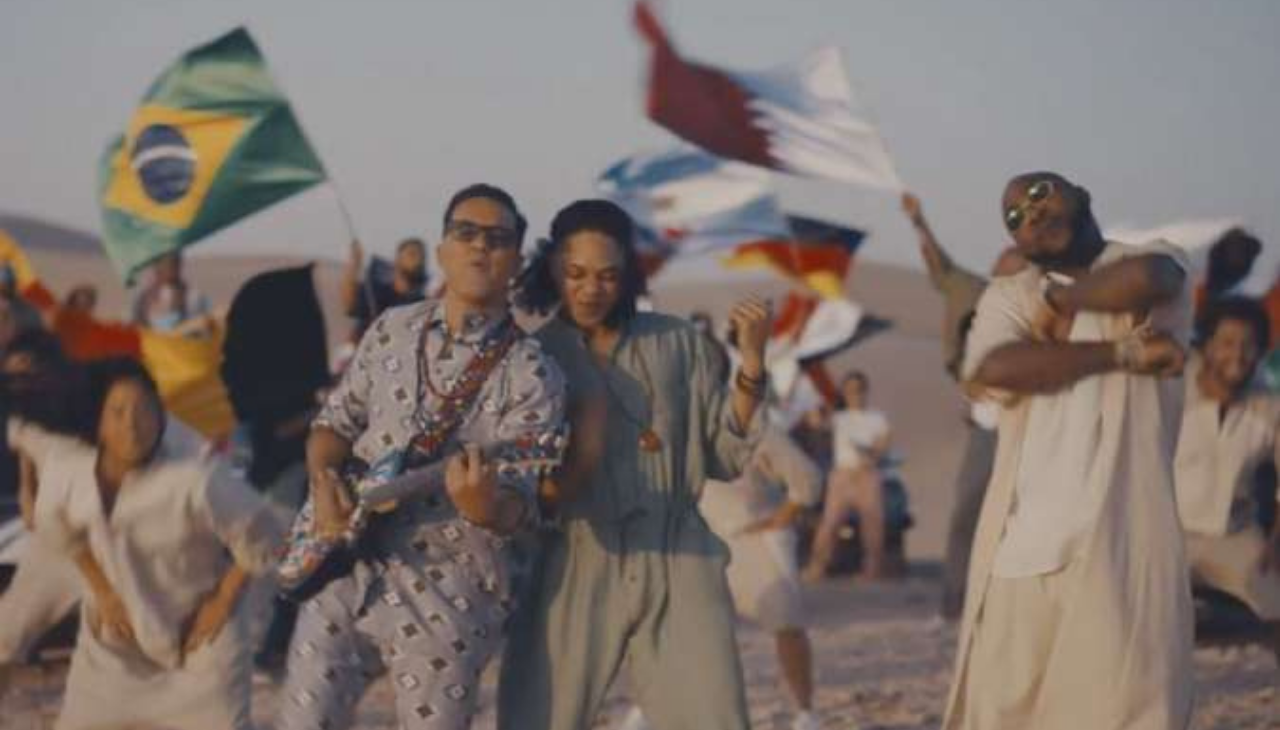 "Hayya Hayya" the new song for the Qatar 2022 World Cup

Hayya Hayya is the name chosen for the song that will be played throughout the World Cup.

Hayya Hayya or "Better Together" is FIFA's official song for the Qatar 2022 World Cup. The presentation was made prior to the draw and FIFA assured that it will be the first single of several songs for this World Cup.

It is a collaboration between artists Trinidad Cardona, Davido and Aisha that has a catchy and modern rhythm, which seeks to encourage soccer fans during the competition in November.

"This song, which brings together voices from across the Americas, Africa and the Middle East, symbolizes how music and soccer can unite the world," said Kay Madati, FIFA's chief commercial officer. "As part of FIFA's new music strategy, the soundtrack will include several tracks that will immerse fans in the World Cup atmosphere like never before. The R&B and reggae-influenced single ideally sets the pace for a soccer party like the one we will experience at the end of the year," FIFA emphasized in a statement.

This action is part of the FIFA Sound strategy, which was presented at the beginning of 2021 and aims to reach an international audience through the union of soccer and music. This entertainment strategy aims to forge innovative and tangible links between soccer fans, music lovers, players and artists around the sport and their favorite songs. This song features local artist Aisha, young American Trinidad Cardona and Afrobeat Davido.

"I am honored to be part of the first official single of the 2022 FIFA World Cup 'Hayya Hayya' (Better Together) ft Davido and Aisha," Trinidad Cardona wrote on her social networks.