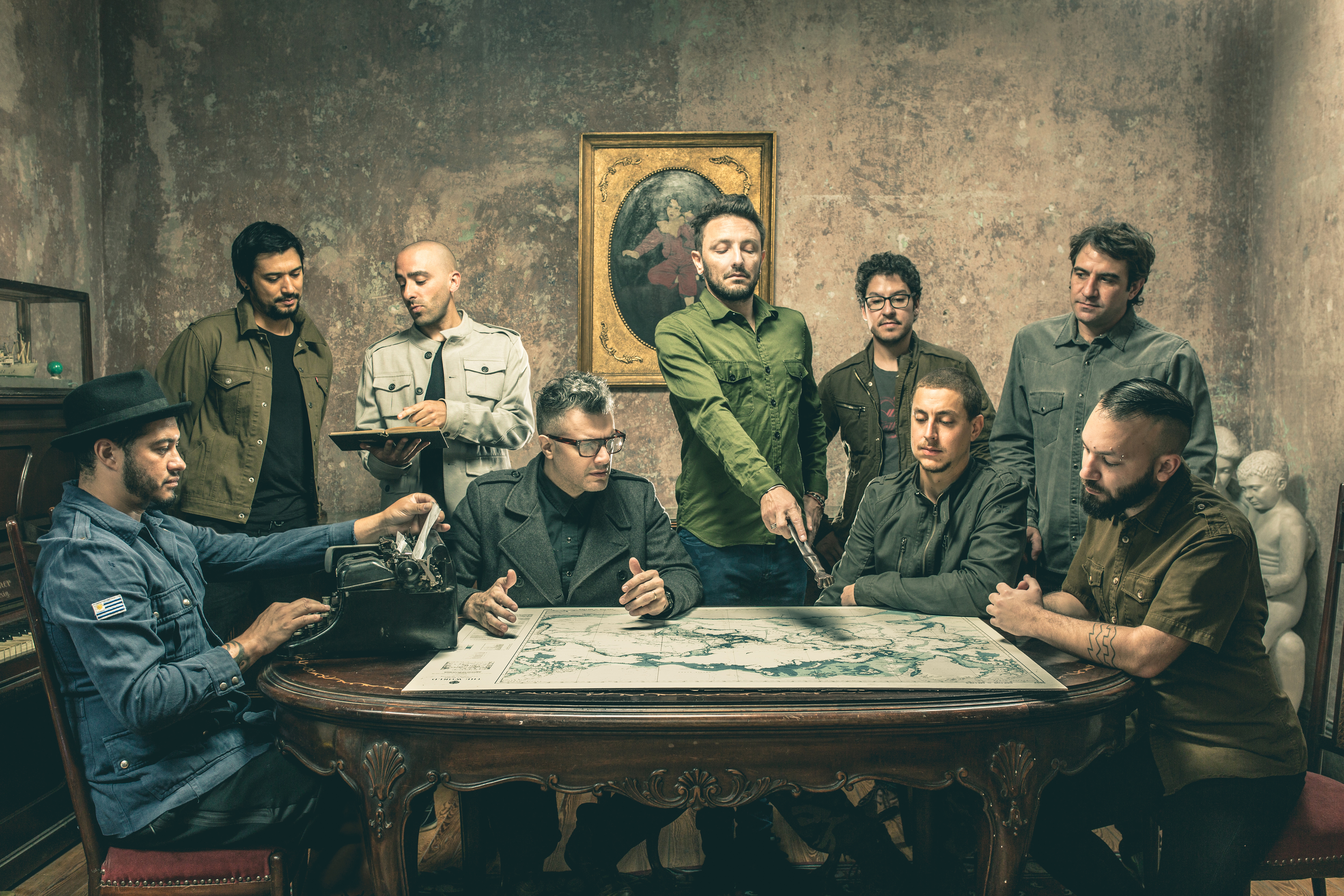 Photo courtesy of the band

Sound the alarms! NTVG is in Philly

Beginning 20 years ago as a trio of adolescents in Montevideo, Uruguay, No Te Va Gustar (also known by the abbreviation, NTVG) is now a world-famous, nine-member versatile rock band with millions of fans throughout Latin America and the world.

Diego Bartaburu, the drummer of NTVG, said that the group has worked hard to cultivate a positive, creative atmosphere to continue to fuel the band's work.

“We enjoy what we do, we take care of the internal environment within the band, the human aspect,” said Bartaburu in a phone interview with AL DÍA.

Bartaburu has been NTVG’s drummer for 11 of the group’s 20 years of making and producing music. He said that their latest album, “Suenan las alarmas” (in English, “The alarms are going off”) is some of their "best work” thanks in part to the contributions of producer Héctor Castillo, who in addition to NTVG has worked with everyone from Lou Reed, to Bjork, to Argentinian legend Gustavo Cerati.

“He helped us record the sound that we had in our heads, and he helped us to capture it,” said Bartaburu.

“In my case it was tough because this producer made me play very very very very hard, and I barely had the strength to play as hard as he wanted me to,” he continued with a laugh. “I was tired at the end, but happy with how it turned out because it was truly demanding, but he pushed us to the limit of what we were able to do as musicians.”

The drummer noted that one of the primary characteristics of NTVG is that in this latest work, as in all of their albums, they incorporate a variety of styles.

“If you go to one of our concerts, you’re going to hear punk rock, or you hear reggae, or a song that’s more folk,” said Bartaburu, adding, “You have to change from being furious to being in love from one second to the next.”

Bartaburu said that for him, as a drummer, that connection to the emotional content of each song is especially important.

“More than just technically what you play, for me it’s important that you’re feeling as you’re playing it. That is what, at the end of the day, you are transmitting,” he said.

The album title, “Suenan las alarmas” is in some sense intended as a commentary on the current political times in the U.S. with the Trump administration, the humanitarian crisis in Venezuela, and the myriad of other issues that countries everywhere are confronting.

“The situation in the United States affects us because we see it all the time, and it is a country whose politics affects us all in a more direct or less direct way,” Bartaburu noted, citing the way in which issues in one country or another are intimately connected in our global society as subjects of worldwide concern.

“There’s that kind of sensation, a little of alarm at the global level... Everything alarms us because one day something happens over there and the next day it happens around the corner from your home."

The soul of a drummer

As a drummer and musician, Bartaburu said that like the band as a whole, his influences range far and wide. His favorite musical genre would maybe even be a surprise for what some would expect for a rock drummer.

Though Bartaburu said that classic rock bands like Led Zepplin, the Beatles, and the Rolling Stones are some of his favorites, it is soul music that most “has his heart.”

“It’s what I like the most, what I listen to the most, and what comforts me the most,” said the drummer, citing his love for musicians and singers like Al Green, Otis Redding, James Brown and Motown music as a whole.

Bartaburu said he is also influenced by folkloric music from Uruguay, such as candombe and murga, both of which also feature in the work of the entire band. The drummer is also a fan of a number of other Uruguayan artists, such as Alfonsina, Cuatro Pesos de Propina, Buenos Muchachos (named after the Spanish title of the movie "Goodfellas"), and 11 Tiros.

His own range of influences and the many different styles NTVG incorporates is indicative of the power of music to transcend linguistic and cultural barriers, Bartaburu said.

“We’ve grown up listening to music that we didn’t understand the lyrics to,” he remarked.

“As an adolescent, I listened to bands like the Ramones, and the Clash, and I didn’t understand a single word of what they said, but I was crazy for it, it fascinated me. And I imagined what they said,” he recalled.

According to the drummer, another aspect of music that crosses linguistic and national borders is the energy of a live band — something that NTVG has to the maximum.

“That is one of the strengths of No Te Va Gustar, that it’s a band that I would say is better live than in the studio,” said Bartaburu. “It’s a powerful band live. I can recommend it,” he added, laughing.

Though the band’s name warns otherwise, it seems like Bartaburu and the rest of the NTVG crew are confident that sí, te va gustar — yes, you will like it. You can catch them live at District N9NE this Saturday, Sept. 15 at 9 p.m.