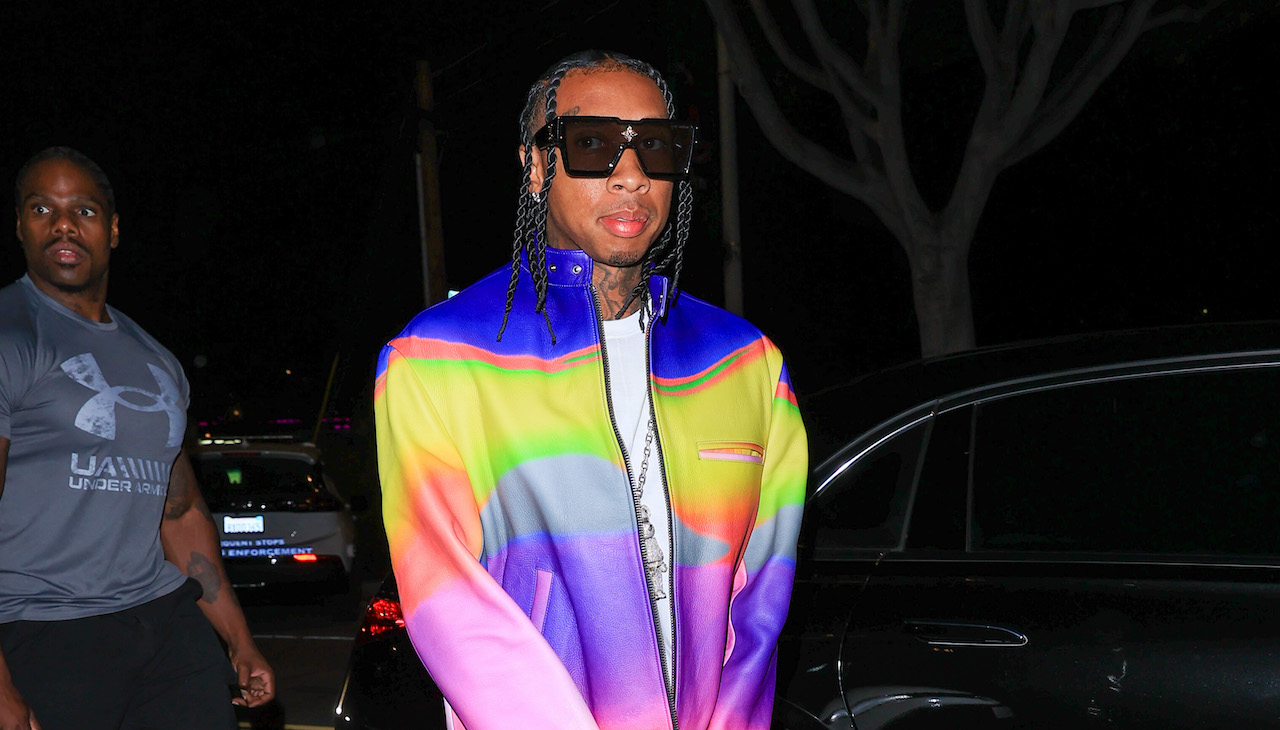 Tyga faced backlash over unsavory stereotypes of the Latinx community depicted in his music video for his single "Ay Caramba." Photo: Rachpoot/Bauer-Griffin/GC Images

The Southern California rappers music video for “Ay Caramba” made headlines for going after the stereotypes long held over the community.

Compton-raised and Southern California-based rapper Tyga has been forced to delete the music video for his recent single “Ay Caramba” after facing almost immediate backlash from the Latinx community upon its release.

Some of the bigger criticism has come from Gil of the American Cholo podcast, who has gone after the rapper since the release of the video that has now been since deleted. Tyga, who was raised in a majority-Latinx community, apologized and did not initially understand the backlash.

The podcast host says the stereotypes were the main cause of concern, pointing out how reversing the “chips and low-rider” images with “fried chicken and watermelon” would have been offensive to the Black community.

Tyga himself was even initially confused with the backlash, as he pointed out that fellow rapper YG’s hit “Go Loko” a few years back was hugely successful, and did similar things to Tyga’s video, including the sombrero and the mariachi outfit. That video received more than 200 million views on YouTube.

During the podcast episode, Tyga did apologize, but the interview itself ended with some uncertainty as the rapper put up $250,000 of his own money to make the video in which he said he would consider deleting it, which he has since done. The video reached over 4 million views before it was taken down with many of the views stemming from the controversy itself.

“That’s where we, the Raza, need to step up, protest, and I’m talking major… turn around and tell ‘em, ‘No one is getting reparations until the Native Americans and Mexicans get ours first…We’ve been going through this crap a lot longer so I don’t wanna hear it. Because it’s not fair, dog. How are you gonna give a bunch of money to a specific group, dog? This is the United States, a melting pot. How are you gonna give it to a specific group?” said a guest on the podcast.

“Because right now they’ve got the white people with so much guilt,” Gil responded.

“American Cholo doesn’t represent us…The Chicano community is hurting because individuals who aren’t Chicanos have entitled themselves to speak for us — this while profiting off the community. I blame us, the Chicanos, who should have spoken against it. We can’t have someone who isn’t Chicano, that has offended the other cultures, speak and represent us regarding Chicano issues,” he said.

In the same interview, Tyga defended his actions by saying in part that he worked with a Mexican sound engineer and claims he has “always done Latin records.”

“I started seeing a lot of people offended on it and I was kind of confused, so that’s why I didn’t respond and took time… to do my research a little bit and tried to ask a lot of my friends that I grew up with that are Mexican [for their opinion],” he told Gil.

Tyga went on to say that growing up in a predominantly Mexican community made it difficult for him to realize the offense he caused.

“It’s hard because I grew up my whole life in Mexican culture being in LA, so it’s kind of hard to separate the two. But this video, I can understand,” continued Tyga. “It was meant to be a funny video but not make fun of. That’s what I want people to understand. This video was not to make fun of Mexican culture or Latin culture.”

“I had no intentions of offending anybody,” Tyga continued. “If people are offended, I really apologize.”