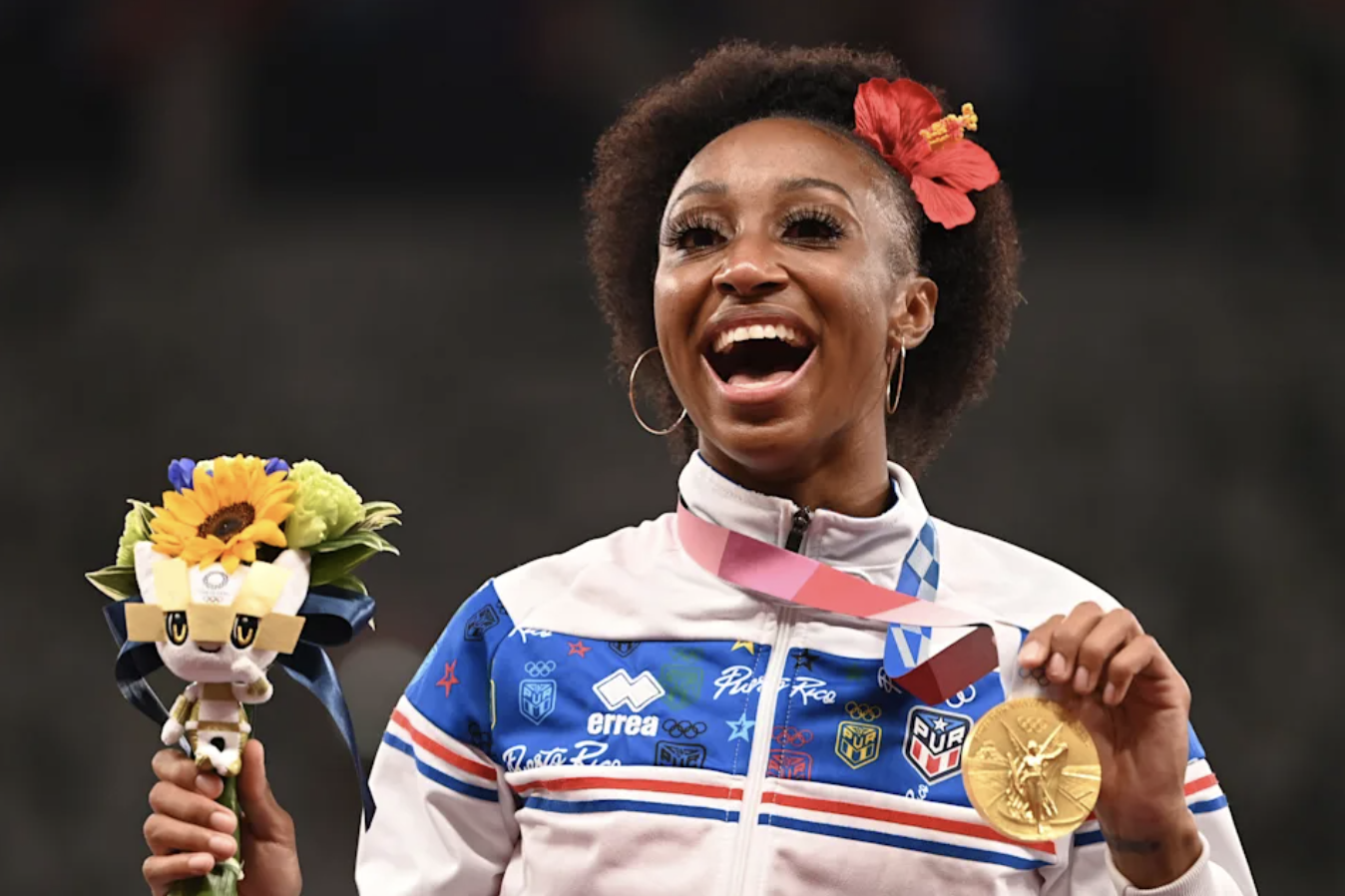 Camacho-Quinn is the first Puerto Rican of Afro-Latino descent to win a gold medal at the Olympics and the second Puerto Rican ever.

Jasmine Camacho-Quinn represented Puerto Rico at the 2020 Tokyo Olympics and won the gold medal in the women’s 100m hurdle on Monday, Aug. 2. She is a professional hurdler, sprinter, and field tracker who has a lengthy career at just 24 years-old.

She finished in 12.37 seconds and won by .15 seconds, defeating Keni Harrison from the USA and Megan Kapper of Jamaica, who took home a bronze medal.

Camacho-Quinn became the second Puerto Rican to ever win a gold medal and the first Puerto Rican of Afro-Latina descent in history to do so while representing Puerto Rico at the Olympics. Tennis player Monica Puig won Puerto Rico's first gold medal in 2016.

Winning the gold this year also completes a comeback story for Camacho-Quinn. In 2016, she was disqualified from the race in Rio for crashing into a hurdle.

“This year I trained really hard. I don’t have a training partner, I train by myself, so I gave it all I had and this is what I wanted for this year,” she told The New York Post. “I wanted to be a gold medalist and I got it.”

The gold medalist is now an inspiration for millions of people in Puerto Rico, mainly young females who inspire to be an Olympic athlete.

“For such a small [territory] it gives little people hope,” she said. “I am just glad I am the person to do that.”

Camacho-Quinn was born and raised in North Charleston, S.C. Her mother was born in Trujillo Alto, Puerto Rico. Both of her parents were athletes, her father competed in hurdles and her mother as a sprinter and long jumper. Her brother, Robert Quinn is also an NFL football player who plays for the Chicago Bears.

When she was nine years old, her parents showed her the world of track and field. The memories she created lasted a lifetime and pushed her to achieve her own athletic dreams.

Camacho-Quinn said in an interview that she was always inspired by her mother’s Puerto Rican heritage and wanted to represent the island in honor of her mother’s homeland.

Her Puerto Rican heritage also helped her combat the frustration with losing at the Rio Olympic games.

"I felt embarrassed like I let the whole country down," she said in 2018 to People, "but I also received a lot of love. Everybody was so supportive and proud of me for making it, being so young and getting out there representing Puerto Rico. I'm not going to let this race determine my future."

For now, Camacho-Quinn is soaking in all of the love from her family, friends, and of course, her island.